After the once-popular LG left the mobile market, the next contender for the exit was Sony, whose business has been losing money since 2017. However, the new report for the 2020 fiscal year, released yesterday by the manufacturer, rather instills moderate optimism.

Despite the decline in smartphone sales to 2.9 million (compared to 3.2 million in 2019), Sony managed to make a profit and earn 27.7 billion yen (254.96 million dollars) for the first time in 4 years. The situation came as a surprise to Sony itself, which called the results of the year “exceeding all expectations”.

The answer to the question of how the company managed to profit from the reduced supply is to reduce associated costs and increase the average selling price of devices. And although Sony itself chose not to make any forecasts for sales in 2021, the first results and possible successes of the recent Sony Xperia 1, 5 and 10 we will be able to find out at the end of October, when the report for the second quarter of the year will be published. 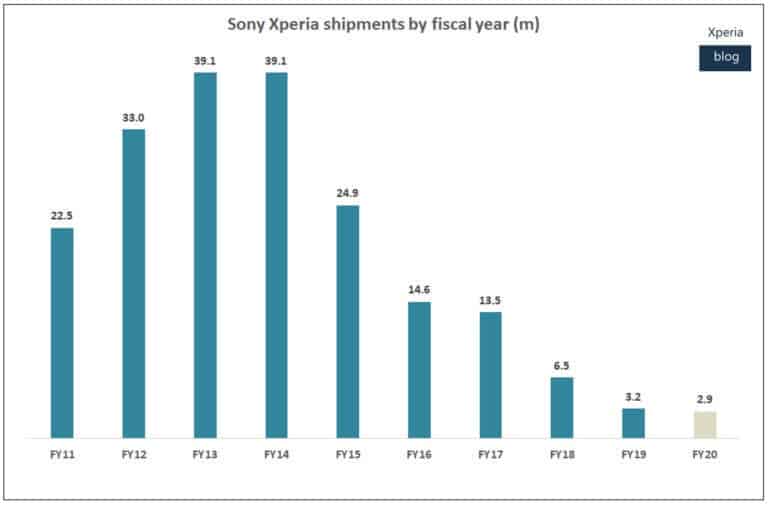 Global smartphone sales skyrocket in the past

Canalys has summed up the results of the study of the global smartphone market in the first quarter of this year. The industry has gone up sharply after a significant recession due to the pandemic; and the difficult economic situation in many regions around the world.

Deliveries of smartphones for the three-month period amounted to 347.4 million units. This is 27% more than last year’s result, when shipments were equal to 272.5 million units.

The largest player at the end of the quarter was the South Korean giant Samsung with a 22% share. In second place is Apple with 15%, and Xiaomi closes the top three with 14%. Next come the Oppo and Vivo companies, the result of which was 11% and 10%, respectively.

The Chinese telecommunications giant Huawei has completely dropped out of the top five; whose mobile business has been hit hard by tough US sanctions. Against this background, the Honor brand separated from the company.

All leading smartphone vendors have seen significant shipments in the last quarter. The largest increase in the top five was by Xiaomi – plus 62% in comparaison to the first quarter of 2020. The demand for Oppo devices increased by about 60%, and for Vivo devices by 48%.

Next Tim Cook: Apple expects a shortage of iPad and iMac