Recent reports show that Google is trying to connect the ultra-wideband (UWB) to its Android hardware. The speculations so far are that Google will use this technology on the Pixel 6 series. The UWB technology is for a seamless connection between smartphones and smart home devices. Take Apple, for instance, the iPhone 12 series and HomePod Mini supports UWB technology. This is why it is possible to simply place the phone close to the HomePod Mini to connect to it. There is currently no information on how the assumed Pixel 6 series will use UWB technology. Of course, the current Google Nest Hub hardware does not support this technology. 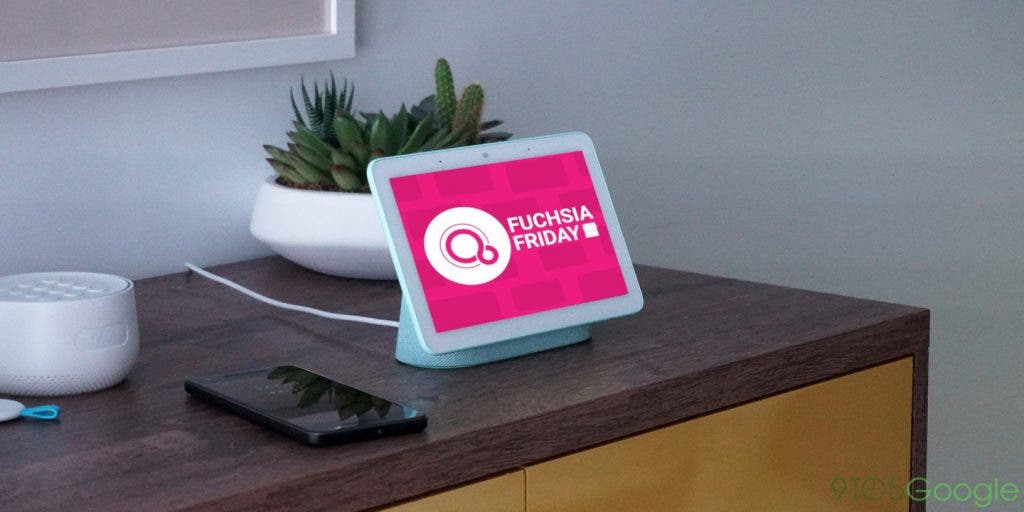 Nevertheless, a recent listing on Bluetooth SIG shows that a new Google Nest Hub is coming with the Fuchsia 1.0 system. Although, it is unlikely that Google will change much on the new Nest Hub hardware, if the Pixel 6 series will have the UWB technology, then it is safe to say that the new Google Nest Hub will also use this tech.

Google’s long-term operating system, Fuchsia OS is one step closer to running on real devices. For many years, the company has been gradually developing this system which pays more attention to security and performance. Although not running on any real device yet, early reviews of the Fuchsia OS shows that it is an incredibly innovative operating system with a cool user interface. 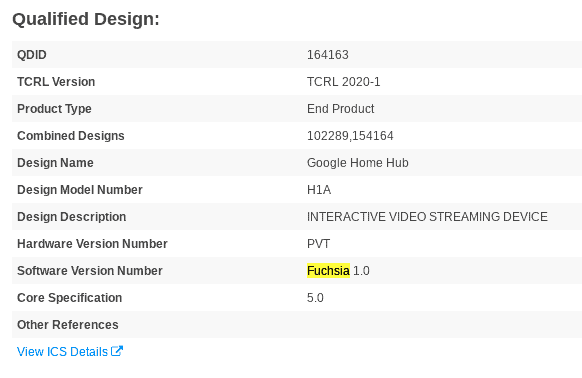 For a long time, Google has been testing and running Fuchsia on a considerable number of consumer devices. These devices include the Google Pixelbook, Nest Hub, and Nest Hub Max. Fuchsia is now a subject of public discussion after the company officially confirmed its existence and “release” cycle.

Google Nest Hub with Fuchsia 1.0 may add some hardware changes

The Google Nest Hub with Fuchsia 1.0 is not entirely a new device. It is actually an old device that will be re-launch with a new system. The device on this certification is actually the 2018 “Google Home Hub” that was later renamed “Google Nest Hub”. It is not the second generation Google Nest Hub that was released earlier this year.

However, this Nest Hub does not run on the usual Cast platform, but has a “software version number”, that is, “Fuchsia 1.0”. Considering that Fuchsia’s release cycle is underway, this “1.0” may refer to the original “M1” version, or it may just be a placeholder. For the “product site”, Google includes a link to the Fuchsia Bluetooth documentation.

This is not the first time Fuchsia has appeared in the Bluetooth certification database. Sometime last year, there was a device with the codename “Sapphire” on this database. In fact, the earlier “Sapphire” information part of the Nest Hub running Fuchsia now.

If you want to try Fuchsia on your Nest Hub hardware, it may not be possible. The retail version usually has security measures to prevent the installation of illegal software. Unless Google launches an official version of Fuchsia for the Nest Hub – although the possibility is very slim – your Nest Hub will only be able to run the Cast software it currently uses.