The market of foldable smartphones is finally trending after two years with Samsung being the only one with an “established” presence in the segment. Huawei could be a strong contender in this niche if it weren’t for the US ban, making its Mate X series less appealing for global customers. Motorola has also unveiled two foldable smartphones since 2019, but the specifications didn’t help the company overcome Samsung and its gang of foldable devices. Now that the technologies are getting mature, more and more OEMs are making their entrance in the segment. In the end of March, Xiaomi unveiled its Mi Mix Fold smartphone and now another Chinese company is giving bold steps to enter the segment – Oppo. 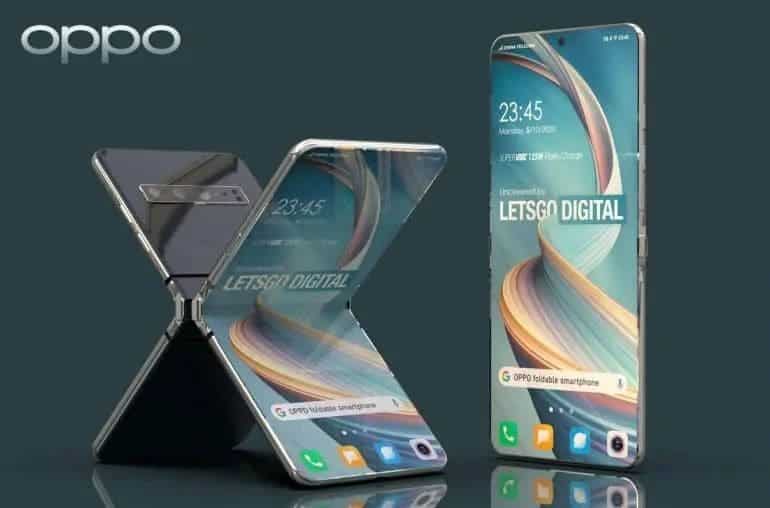 As per the report, Oppo’s foldable smartphone will come with an LTPO screen. For those unaware, this is an OLED panel that is more power-efficient than old standards. It is very important for devices boasting small form factors. The new Oppo is likely to be taller and wider than the Galaxy Z Flip and the Moto RAZR smartphones. These devices aren’t very generous when it comes to battery capacity. We can understand that this is a limitation of this form factor. Hopefully, the Oppo smartphone body will be able to hold a battery capacity between 3,500 and 4,000mAh. The company can even

Apart from the internal screen which is set to have 7-inch, the external panel will have a secondary 2-inch screen on the outside. It will be focused on showing quick notifications, incoming calls, and other related uses. Hopefully, the quality will be enough to allow users to use it as a viewfinder for selfies. Worth noting that when folded, users will be able to take selfies with the main camera setup.

Apparently, Samsung will reveal its Galaxy Z Flip3 around July or August this year. The rumors suggest that Oppo’s clamshell smartphone will debut around the same time or earlier to rival Samsung’s Z Flip3.