According to the Enterprise Check App, Huawei Technologies Co., Ltd. recently applied for the registration of “HarmonyOS Connect”, a graphic trademark. The company also applied for the Chinese version of this trademark “Hongmeng Zhilian”. This new application seems to have some links with its smart car business. Furthermore, Huawei is seeking trademarks related to medical devices and other scientific instruments. Presently, the status of the applications is “pending”. 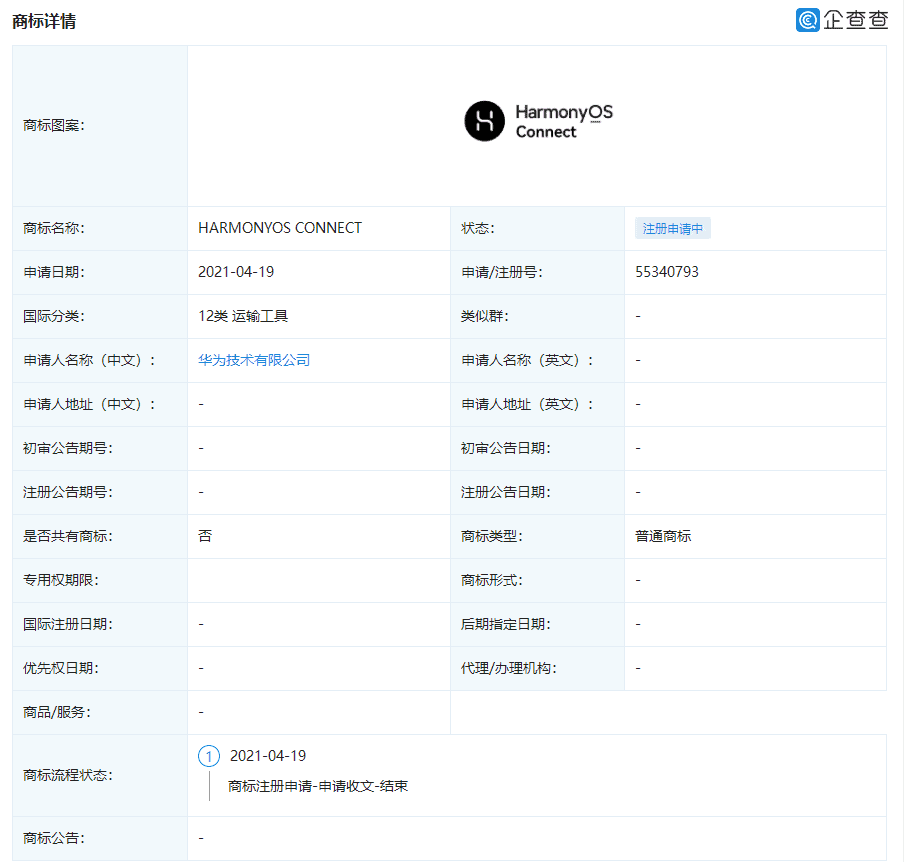 Huawei’s smartphone business is one of its most lucrative businesses. However, since the ban on the company by the U.S., it has been diverting its attention and finance to other businesses. Recently, Huawei opened an official Weibo handle for HuaweiHarmonyOS.

Is HarmonyOS better than Android?

However, it will be safer to wait for the official stable version of this system before making any conclusions. Since it is in beta testing, there may be a need for Hauwei to make significant changes to the system. These changes may take away some of the positives we are discussing presently.

According to various sources, HarmonyOS the third-largest mobile operating system besides Android and iOS. Furthermore, the popular speculation claims that the large-scale rollout of this system will commence in June. From the videos of the HarmonyOS that we have seen so far, it appears that its fluency and animation effects have been improved compared to Android systems.

HarmonyOS will run on 300 million Huawei devices this year

According to Wang Chenglu, President of Huawei’s Consumer Business Software Department and Head of AI, HarmonyOS offers a unifying language for intelligence, interconnection, and collaboration of different devices. He claims that the HarmonyOS will run on 300 million units of Huawei’s devices this year. This includes smartphones, tablets, and other IoT devices. Of this number, about 200 million or more will be smartphones. While we expect the widespread rollout of this system in June, the first set of Huawei devices to get this system include flagships like Huawei Mate 40, Mate 30, P40, and Mate X2 series.