Earlier this year, Realme revealed its Realme Narzo 30 series, but curiously the lineup lacked a device with this name. Instead, the company brought a Realme Narzo 30A that can be considered an entry-level device and a Realme Narzo 30 Pro. We knew that it would be just a matter of time until Realme Narzo 30 reveal and this is finally happening on May 18. The company will disclose the mid brother of the family and it is a mid-tier smartphone with decent specs and 4G connectivity. Today, the company decided to disclose some tidbits about the main camera setup in the rear.

Leaked shots already revealed a Quad-Camera setup. However, we weren’t sure about the specs offered by these cameras. Now, the company has confirmed that a 48MP camera is leading the way. The other sensors probably are an ultrawide camera, a macro shooter, and a depth-sensing module. Realme even shared an image captured with the main camera to show Realme Narzo 30 prowess for photography enthusiasts. 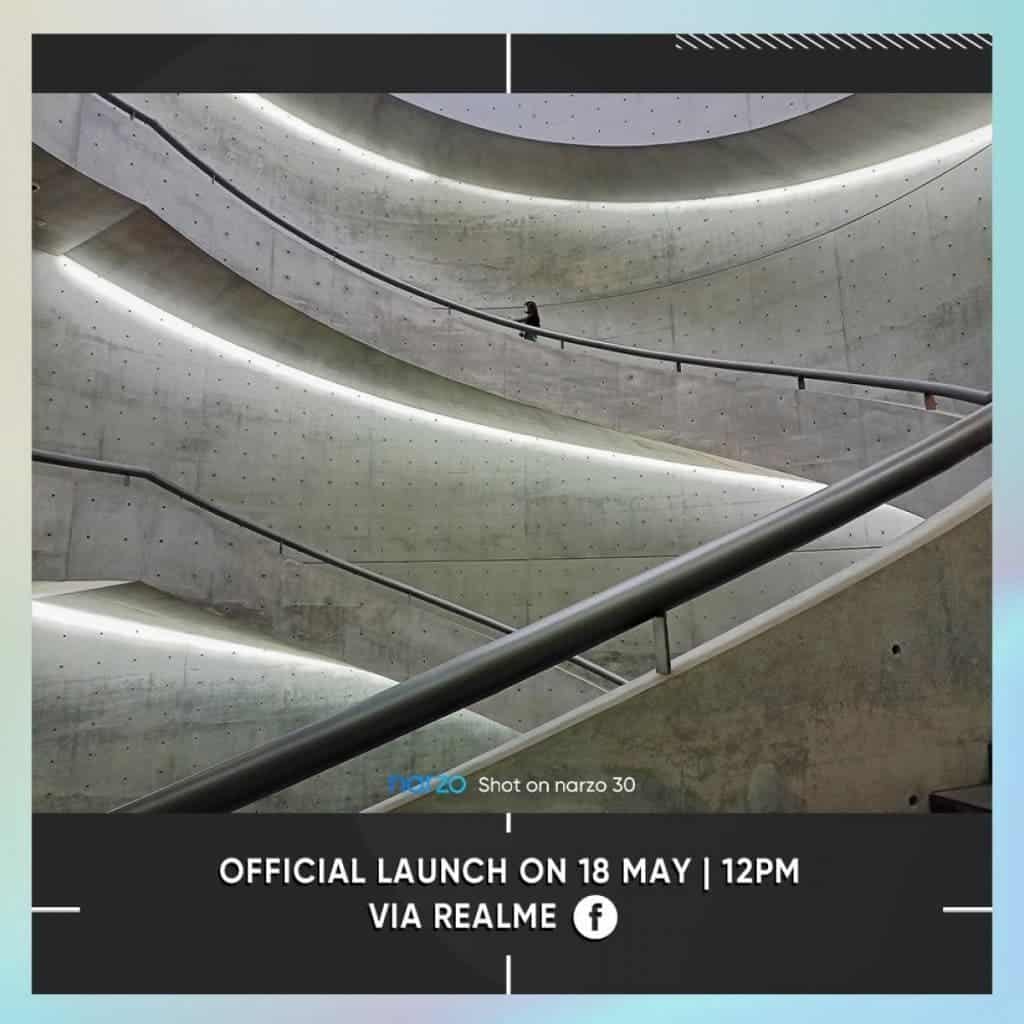 Of course, you need to digest this image with a pinch or two of salt as there are a lot of factors involved in taking good photos.

Apart from the camera, the Realme Narzo 30 is officially confirmed with a 90Hz refresh rate display. As per leaks, this is a 6.53-inch with FHD+ resolution (2,400 x 1,080 pixels). Since the device has a side-mounted fingerprint scanner it’s safe to assume the panel is an LCD. Under the hood, the Narzo 30 comes with a MediaTe Helio G95 SoC. This chip is popular among Realme smartphones and is basically an Helio G90 on steroids. It brings two ARM Cortex-A76 cores clocked at up to 2.05GHz and six power-efficient ARM Cortex-A55 cores clocked at up to 2.0GHz. The chip comes with a Mali-G76 GPU clocked at up to 900Hz.

Lights are pet with a 5,000mAh battery that will charge via USB-C port with 30W fast-charging. It will come with Android 11 and Realme UI 2.0 which is hardly a surprise at this point.

The Realme Narzo 30 will come in at least two colorways – a Blue gradient and a bright Silver option. The phone has a long vertical stripe below the camera setup that has some kind of “V” lighting effects to make it different from other smartphones. We expect Relame to bring it in multiple RAM/Storage variants.