The presentation of the Nubia Z30 Pro should take place tomorrow, and on the eve of the release, the smartphone went to receive the necessary certificate at the TENAA center. Thanks to this, we can evaluate the design of the device and its characteristics.

The smartphone weighs 198 grams and its dimensions are 161.83×73.1×8.5 mm, and a four-component camera was installed on its back side, where three sensors with the same 64-megapixel resolution complement their 8-megapixel periscope sensor with support for 5x optical zoom and 10x digital. The Nubia Z30 Pro did not receive a subscreen camera, they offered a “regular” 16-megapixel selfie module.

The smartphone has two-cell battery with a total capacity of 3970 mAh, but most likely the manufacturer will declare that the nominal capacity of the battery will be 4000 mAh. Among the advantages of the Nubia Z30 Pro is 120W fast charging (up to 100% in just 15 minutes). The smartphone will launch with the Android 11 operating system, on top of which the Nubia UI shell will be available. 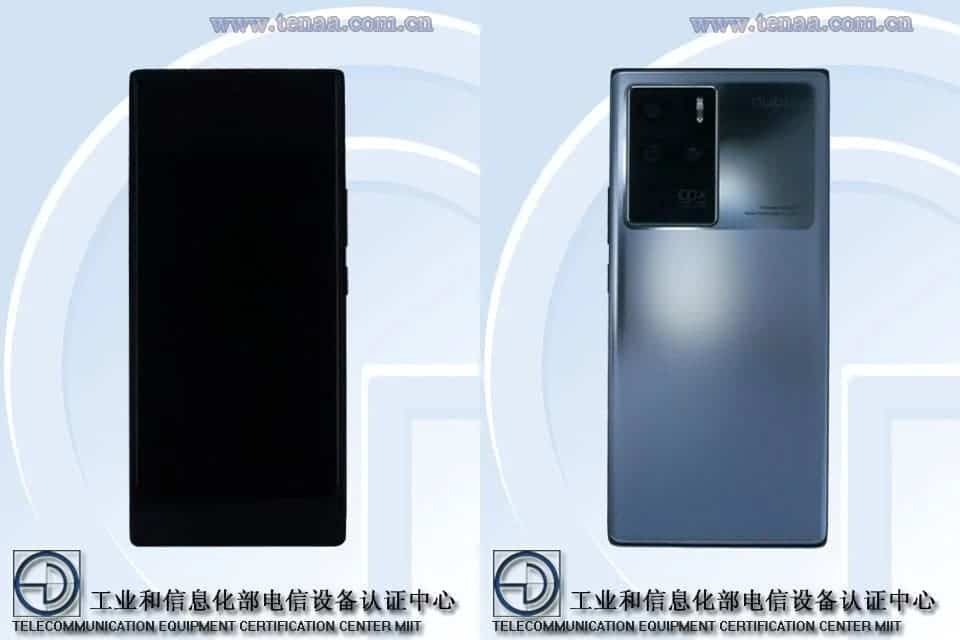 ZTE Nubia Z30 Pro will have a conventional front camera, not a sub-screen

Chinese tech giant ZTE will unveil the new flagship smartphone Nubia Z30 Pro this Thursday. Previously, there were many rumors about the design of the upcoming smartphone; but now the company has published an official teaser that reveals some details about the device.

As you can see from the published image; the Nubia Z30 Pro will not be able to boast a front-facing camera hidden under the screen. Taking a closer look; you can see a small round hole for the selfie module in the middle of the top of the display. Apparently, at this stage, the company was unable to provide the image quality obtained from the front camera; which could correspond to a flagship device. Recall that the ZTE Axon 20, which became the company’s first device with a sub-screen camera, could not boast of a good selfie quality and was closer to smartphones a decade ago than to modern models.

According to the Chinese tech insider Digital Chat Station; the Nubia Z30 Pro will receive an OLED panel with a very high refresh rate. We assume that this figure will be 144 Hz, like the ZTE Axon 30 Ultra. The Nubia Z30 Pro will be based on Qualcomm’s flagship Snapdragon 888 chipset; and will boast a triple main camera with a periscope lens and a 64MP primary sensor. The device will be able to offer support for fast 120-watt charging. More details about the smartphone will become known next week, when it will be officially presented.