Recently, Huawei has met with harsh pressure from the American authorities, effectively losing the ability to produce smartphones normally. Nevertheless, the Chinese electronics manufacturer continues to develop its own chipsets for the future.

As you know, after the introduction of sanctions against Huawei by the United States, the Taiwanese TSMC was forced to abandon cooperation with the company, which produced proprietary Kirin processors for Huawei smartphones, developed by a subsidiary of the Chinese giant HiSilicon.

Nevertheless, according to the latest data, Huawei Technologies filed an application for registration of the Kirin Processor trademark on April 22, in the international classification it belongs to the category “9 scientific instruments”. The company has probably not given up hope of returning to the market in the future. 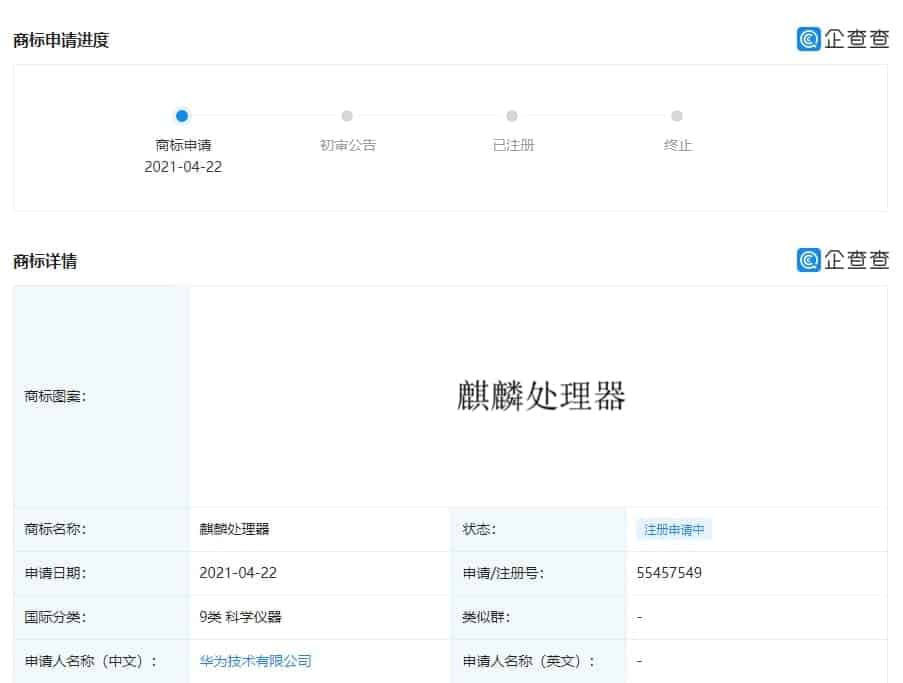 According to some reports, Huawei is developing the next-generation Kirin 9010 mobile chipset; which is expected to be manufactured in accordance with the 3nm manufacturing process. The design of the SoCs should be complete by the company on its own by the end of this year. The processor will be in use in the company’s flagship smartphones and tablets.

Considering that TSMC’s 3nm process technology is not yet sufficiently ready, mass production will begin no earlier than 2022. It is possible that by that time Huawei will be able to reach some agreements with the American authorities – if successful; the company will already have a development ready for immediate production.

According to Bloomberg, the Chinese tech giant Huawei has appointed a new head of AI for electric vehicles. It was Richard Yu, who most recently became the head of the cloud technology division; and before for many years was the head of the consumer electronics division – Huawei Consumer Bussines Group.

Also, Zhang Pingan, the former head of the cloud, will take his previous position as the director of the cloud division. In his new location, Richard Yu will ensure the company’s sustainable development in the field of artificial intelligence technologies for electric vehicles with the implementation of his initiatives.

Following the U.S. sanctions against Huawei; the Chinese company has begun to focus more on industries outside of the mobile business. This should help the company continue to operate and gain market share in new markets. We add that in general, in recent months; there has been a surge in interest from technology companies in the electric vehicle market. For example, Huawei’s main Chinese competitor, Xiaomi, has committed $ 10 billion to develop its electric vehicle business.