We may be reaching the end of May, but some Chinese companies are making sure that this month will be as exciting as the ones that came before. After the release of the Redmi Note 10 series in China, tomorrow, Oppo will be disclosing its Oppo Reno6 series of smartphones in the domestic market. The new devices are coming nearly six months after the arrival of the Oppo Reno5 series which isn’t a big surprise and follows last year’s schedule. The new smartphones have already leaked extensively through retailer JD and @evleaks. We’ve seen plenty of product images so far, now we get more renders and even a short promo video thread of the launch. The leak puts some light on the Oppo Reno6 Pro.

The Oppo Reno Pro+ 5G also makes a brief appearance. It’s easy to know that it’s the Pro Plus due to the positioning of the fourth camera and LED flash on the back. On the front, the device uses the same formula that Oppo has been adopting for at least three generations. It also has a curved display with a single punch hole selfie camera in the top left. 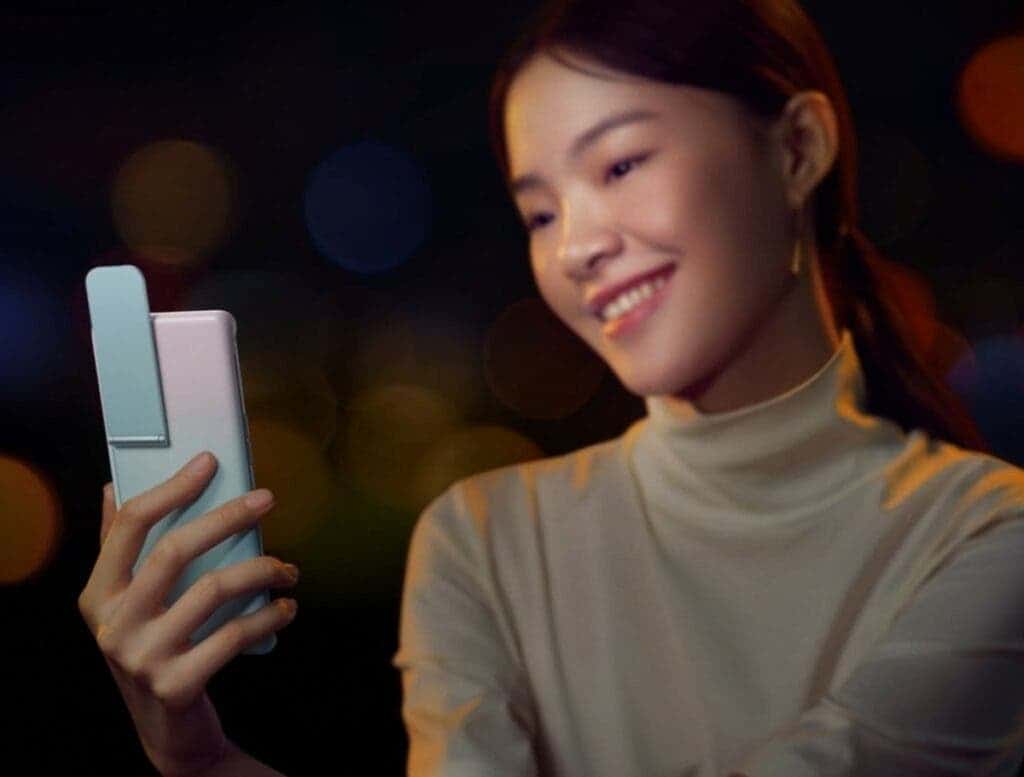 A couple of days ago @evleaks also posted images of this case with a clever kickstand – it can also double as a selfie flash. Worth noting that it does not seem to be a case with a battery. Instead, it makes use of the light from the phone’s rear-facing flash. Worth noting that this fancy case seems to be coming for both vanilla and Pro models, so we can expect it on the Pro+ as well. You can watch the video shared by Evan Blass earlier today. 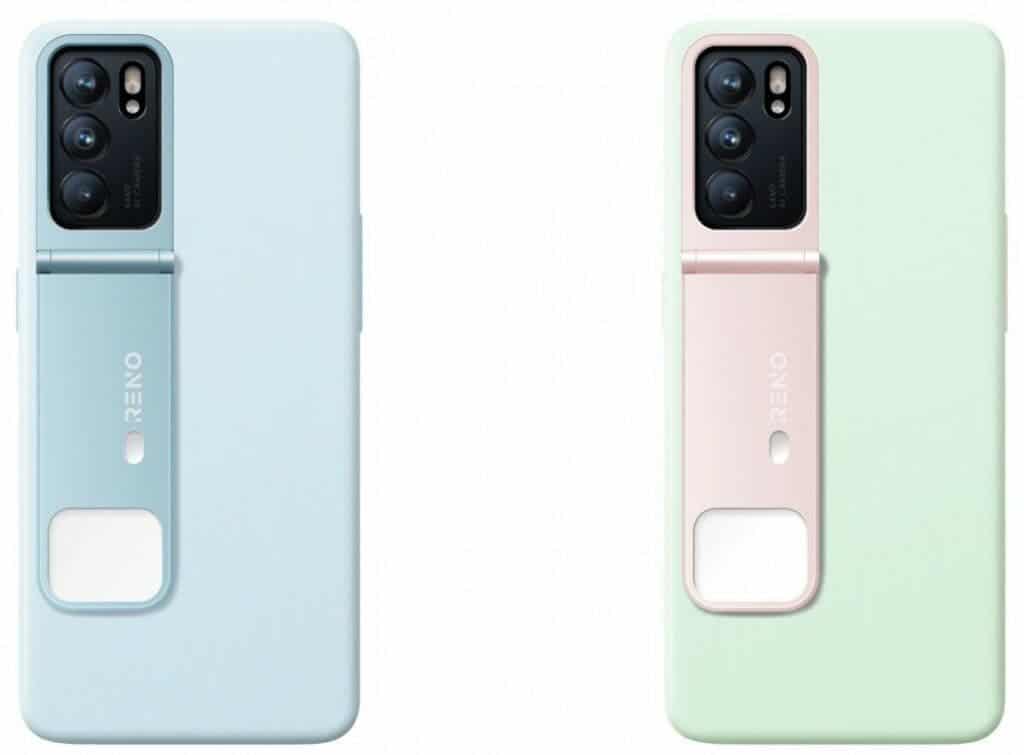 The Oppo Reno6 Pro and Pro+ 5G already passed through TENAA certification. Thanks to it we know most of the specs coming with these devices. The Pro+ will boast the Qualcomm Snapdragon 870 SoC. The Pro variant will pack a Dimensity 1200 chipset. When it comes to the Pro Plus it has a 50MP primary camera, and three cameras with 16MP, 13MP, and a 2MP. Apparently, the 13MP unit is a telephoto lens. The regular Pro comes with a 64MP + 8MP + 2MP + 2MP combo. Sadly, there isn’t a telephoto camera. Both devices have the same 6.55-inch AMOLED display with FHD+ resolution and 4,500mAh batteries with 65W fast-charging.

The vanilla smartphone will come with a slightly smaller 6.43-inch of the same AMOLED kind. The device draws power from a smaller 4,200mAh battery but with the same 65W charging.