According to Huawei, it will officially release the HarmonyOS system on June 2. The company has since announced this system thus it’s a bit confusing when the company says it will release this system. Nevertheless, it appears that Huawei will announce the commencement of the public beta. So far, the developer beta testing has been moving smoothly without any significant complaints. Wang Chenglu, president of Huawei’s consumer business software department and director of AI and smart full-scenario business department, once said that Huawei mobile phones will be able to update HarmonyOS from early June.

According to early reports, all Huawei models from the HiSilicon Kirin 710 to the Kirin 9000 series can update. Therefore, the first batch of devices includes

However, popular Weibo leakster @菊厂影业Fans revealed today the list of devices to first get HarmonyOS update. According to his leak, the announcement will be made at the June 2nd press conference. Also, Huawei will announce the gradual update time for different batches. His report shows that the first batch of devices are Huawei Mate 40, Mate 40 Pro, Mate40 Pro+, Mate40 RS, MateX2, nova8, nova8 Pro, MatePad Pro. 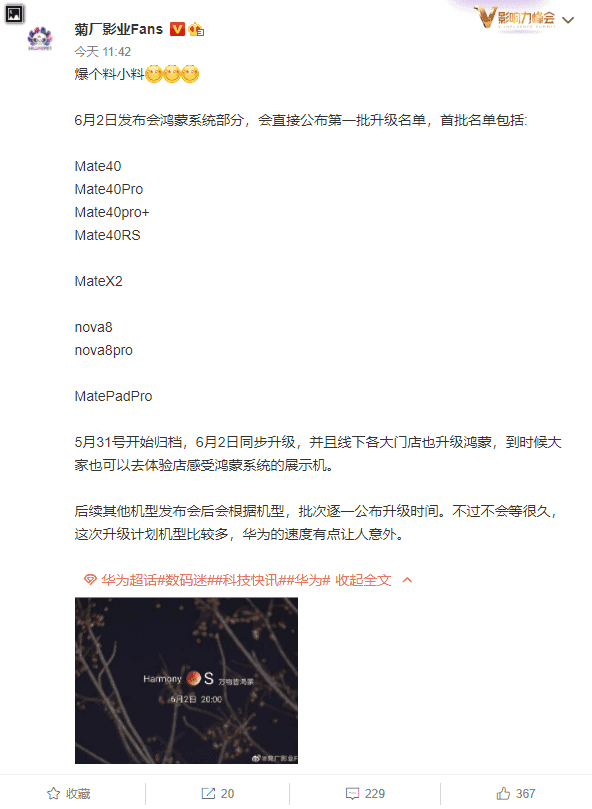 In addition, Huawei’s offline stores will also upgrade HarmonyOS on June 2. This means that from June 2nd, fans can go to Huawei’s experience store to have a view of the HarmonyOS display.

Due to the ban on Huawei, the development of the Huawei P50 series has been very slow. The company needs to source for component replacement and viable suppliers. This is significantly slowing down the process leading to the release of these smartphones. As of now, the exact launch date for the Huawei P50 series is still under wraps. According to recent speculations, Huawei may unveil the P50 series at its June 2 event or it will announce the launch date for this flagship series at the June 2 event. The latter will most likely be the case. 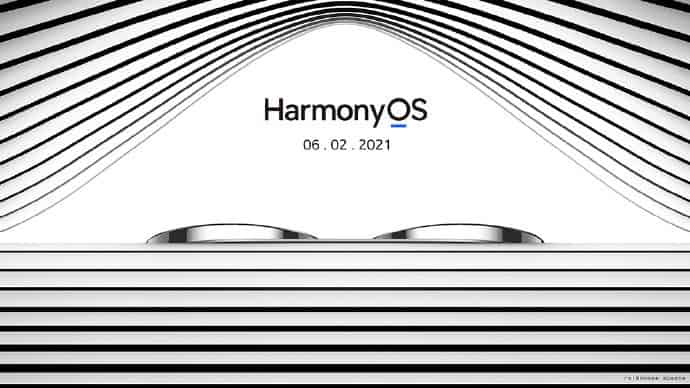 Previous TikTok Will Rectify Complaints From EU Consumers Within A Month