Pretty soon, Huawei will uncover a number of new products. Among them, we will see new top-end tablets, smartwatches, flagship smart screen products, AI speakers, etc. We doubt that, at this event, it will uncover a new phone. However, we are more interested in the new MatePad Pro series, which will have multiple variants. In fact, it has been spotted in various leaks for many times. And now, ahead of the launch, we got tons of new leaks that you should like a lot.

A well-known whistleblower @evleaks today released myriads of official promo photos that disclose almost all features of the upcoming Huawei MatePad Pro. As we can see, the Huawei MatePad Pro 12.6 tablet adopts a non-porous full-screen. The front camera is hidden in the middle frame. At the back, it has a matrix-style three-camera design. And of course, it runs on the HarmonyOS 2.0. 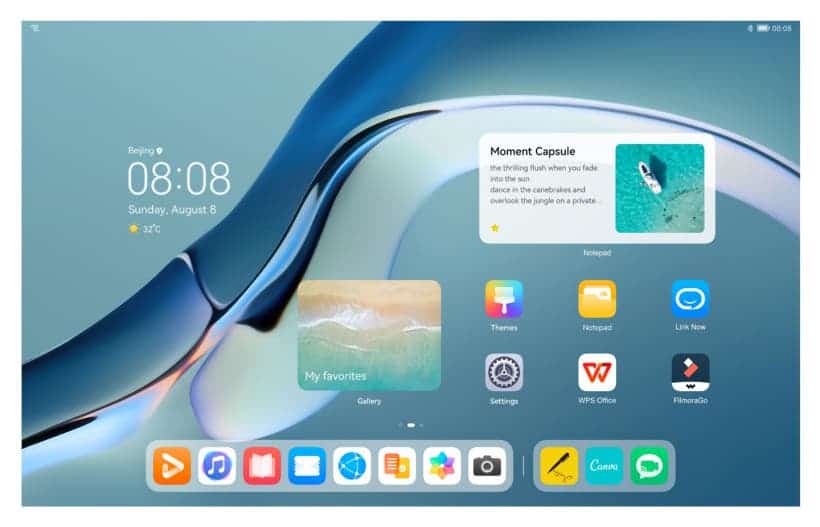 The 12.6-inch version of MatePad Pro will come with Samsung’s 2K 120Hz screen and equipped with HiSilicon Kirin 9000 series chips. The WiFi version will sport a Kirin 9000E processor, while the 5G version will feature a Kirin 9000 processor. Plus, this series will include the new HUAWEI M-Pencil second-generation stylus.

Moreover, a Chinese tipster showcased the actual look of the Huawei MatePad Pro 10.8-inch version. He also said that this variant is almost identical to the previous generation model but the Kirin 990 chip is replaced with the Snapdragon 870 chip. The latter will be accompanied by 8GB of memory and 128GB/256GB of storage. 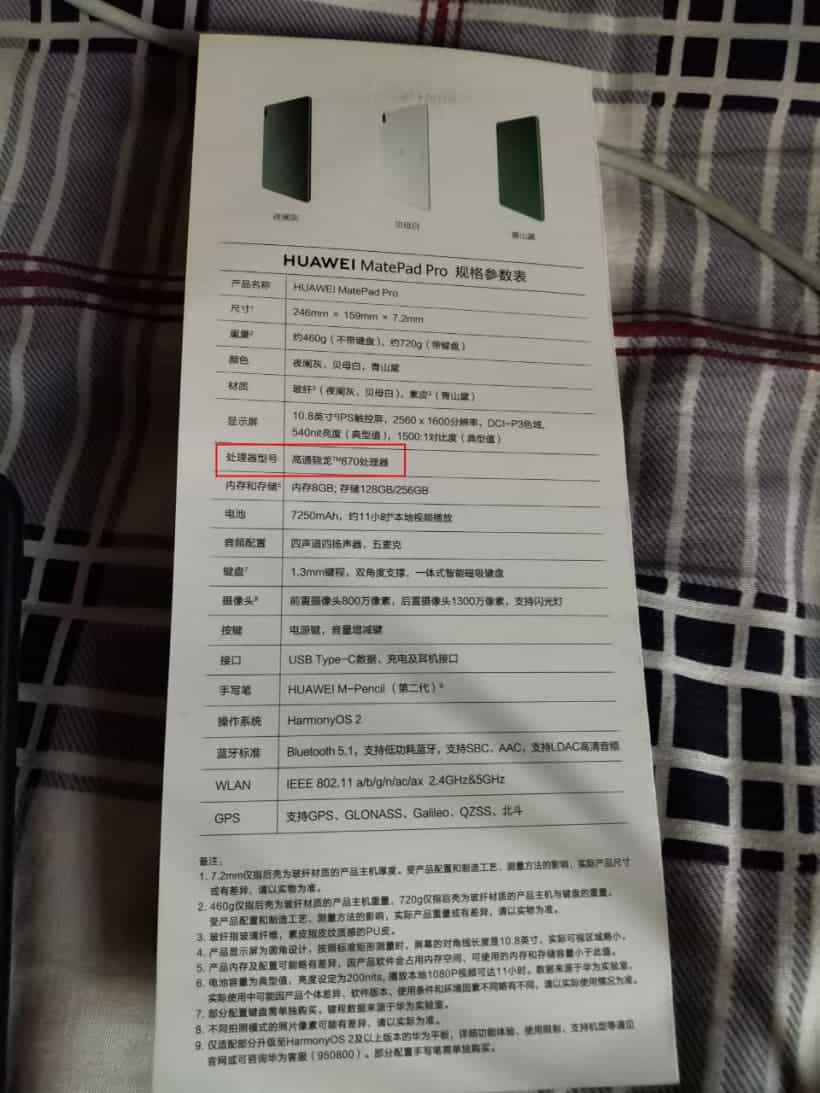 The new version of MatePad Pro 10.8 will come with a 10.8-inch IPS screen, with a resolution of 2560*1600, a DCI-P3 color gamut display, a maximum 540nit brightness and a 90% screen-to-body ratio. The back of the fuselage still inherits two vertically arranged cameras of 13MP resolution both. The front camera will have an 8MP resolution. And also, this tablet will have an integrated magnetic support keyboard. 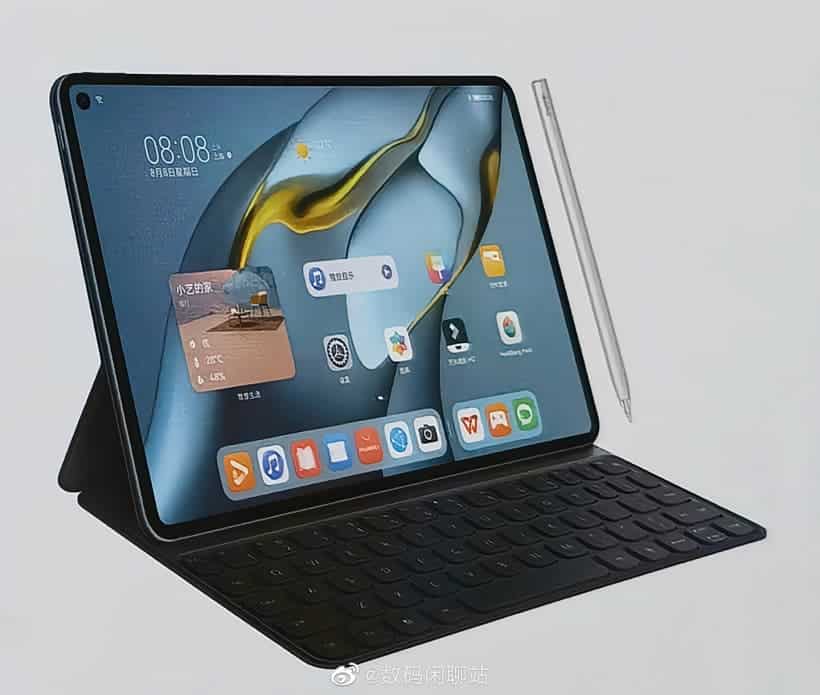 Apart from this, previously we have heard that the MatePad Pro 10.8 will have four-channel four-amplitude speakers with a Harman Kardon tuning. Plus, there are five-ring array microphones to achieve effective pickup within five meters. The 7250mAh large-capacity battery supports 40W wired fast charging, 27W wireless fast charging, wireless reverse charge, and provides up to 10.5 hours of battery life. Of course, this variant will run on HarmonyOS 2.0 as well.

As said, the manufacturer will also unleash the Huawei Watch 3. The photos show it will support the blood oxygen detection function. This wearable will run on HarmonyOS.

Next HUAWEI HarmonyOS 2.0 released: Here is all you need to know