Recently, Huawei Technologies Co., Ltd. added two pieces of software copyright registration approval information. The full name of the software is Smart TV Operating System (TVOS). However, TVOS has two versions which are the single-platform version software and the dual-platform version software. The software is referred to as TVOS-H, and TVOS-C while the registration numbers are 2021SR0744159 and 2021SR0744160. The current version numbers of both systems are V1.0. 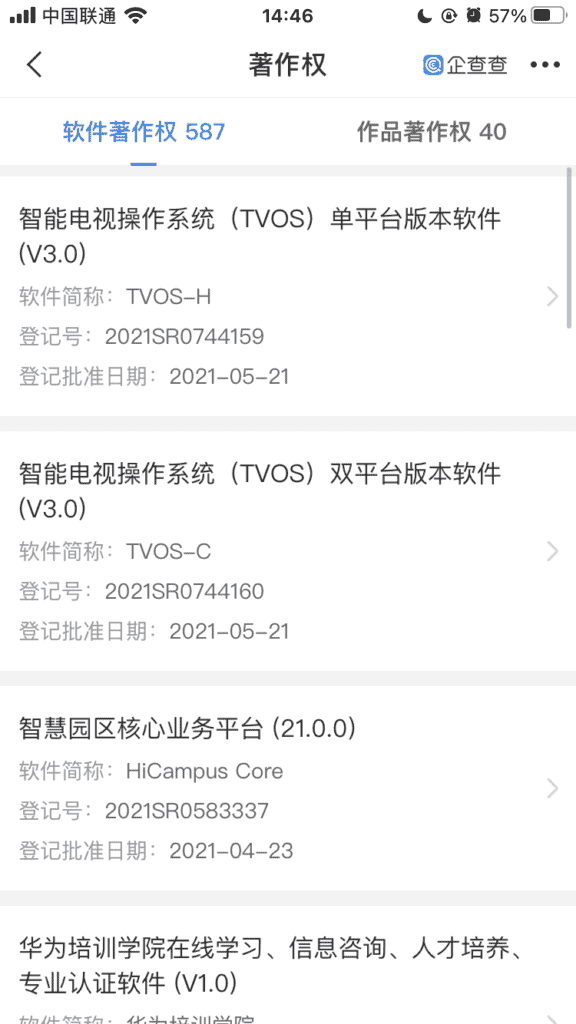 According to reports, the TVOS was released by the Science and Technology Department of the State Administration of Radio, Film and Television, and the Electronic Information Department of the Ministry of Industry and Information Technology. This group has a large number of members including Huawei, HiSilicon, and even Alibaba. On the basis of version 3.x, the overall goal of TVOS4.0 (the latest version) is to bring more, higher, better, and simpler. It also brings support for 512M memory terminals by streamlining the code.

The HarmonyOS / HongmengOS is now officially available for a plethora of devices. Yesterday, Huawei also released the Huawei Mate 40 series, the new version of Mate X2, Huawei WATCH 3 series, Huawei MatePad Pro, and other products. At the same time, it released the Huawei FreeBuds 4 and two high-end displays, MateView and MateView GT.

After the press conference, Yu Chengdong sent a post late at night to thank all users. His note of thanks reads

In the past ten years, we have grown from an unknown brand to a high-end brand that consumers love and trust. These are inseparable from the support of consumers and partners. Thank you very much! Along the way, we have led the mobile imaging and full-scene software and hardware ecology; led the industry innovation in the sports and health field; led the full-scenario smart office experience of PC tablets… We are in a variety of new technology fields. Make everyone’s dreams come true and make the impossible possible.

Now we are in the era of the Internet of Things and no one will be an island. Every person and every device is a part of the Internet of Things… No matter how difficult we encounter, we will firmly believe in the prosperity of the Hongmeng ecosystem with more partners and developers, continue to innovate and move forward, and provide consumers around the world with a better experience and more…