Xiaomi has since developed an earthquake warning system that alerts users of an impending quake. Recently, the company announced that this feature is now available in 25 provinces across China. Xiaomi claims that since the launch of the earthquake early warning function, it has successfully warned more than 35 earthquakes of magnitude 4.0 or higher. Today, Xiaomi announced that Xiaomi mobile phones can not only receive earthquake warning information but can also monitor earthquakes. The new earthquake monitoring feature uses a type of edge computing technology. It uses the low-power sensor built into the mobile phone to sense seismic waves. After that, the AI ​​algorithm will effectively calculate the seismic information. Then users will get the first warning if there is an incoming earthquake. 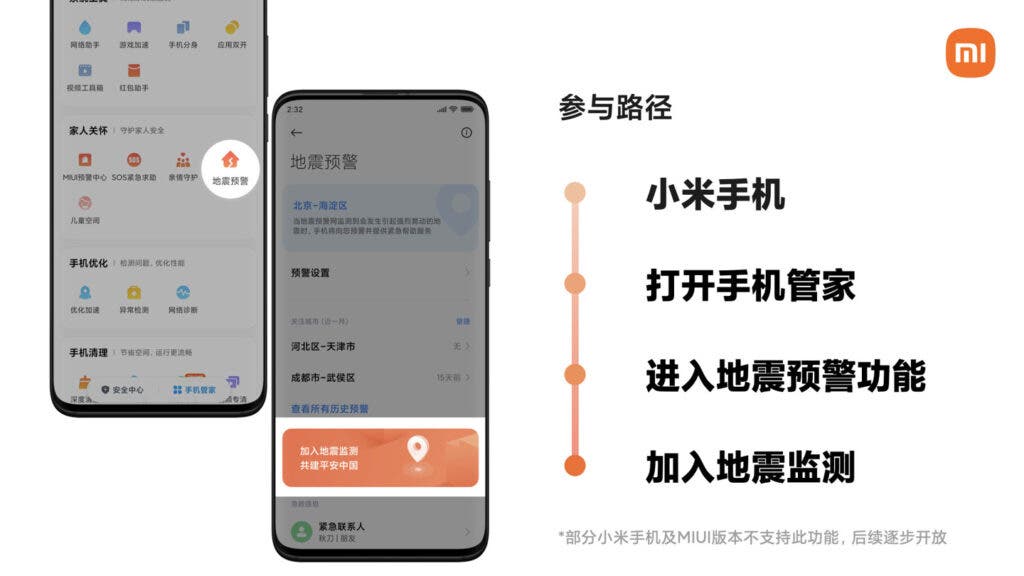 According to Xiaomi, the earthquake monitoring function was jointly developed by Xiaomi and Chengdu High-tech Disaster Mitigation Research Institute. This function will eventually arrive on all Xiaomi phones. At present, some Xiaomi/Redmi phones and MIUI systems support this feature. It will gradually roll out to more devices in the future.

Earthquake “early” warning system uses the time difference from the faster-propagating waves to make predictions. Since these waves emanate from deep below the surface and move very fast, the warning period is usually in seconds. The faster longitudinal wave and the slower transverse wave have a relationship.