A week remains before the announcement of the Honor 50 series; and some sources continue to destroy the intrigue around new products. This time they merged a gallery of “live” pictures with Honor 50 or Honor 50 Pro in the lead role; and posted a short video where its author was able to turn the device in his hands. 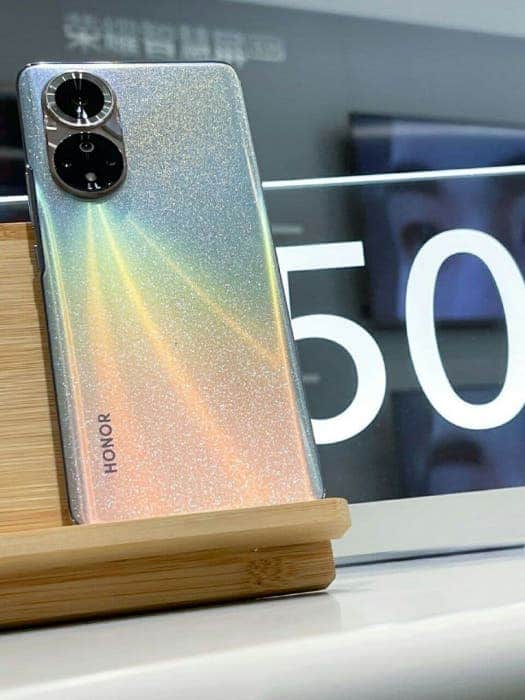 We have already seen the Honor 50 or 50 Pro in this design more than once. Still, it is worth paying attention to the design of the main camera with two round blocks and rather spectacular colors. The back panel is glossy and you can choose between black, white, pink and green colors. In terms of color, the Honor 50 looks attractive, but not everyone will go for the design of the rear camera, which looks massive and alien on the “back”.

Recall that the Snapdragon 778G chipset will debut in the Honor 50 series; the basic version should offer a 50-megapixel main sensor and 66 W fast charging; while the firmware will have a 108-megapixel sensor and the charging power will be brought to 100 watts. New items should offer OLED displays with increased hertz, from 6 GB of RAM and batteries with a capacity of at least 4000 mAh.

Honor, which has spun off from Chinese telecommunications giant Huawei due to US sanctions, has recently unveiled an official teaser image showing the Honor 50 smartphone.

The device is shown from the rear. As expected, it is equipped with a multi-modular chamber with an original design: its elements are enclosed in two circular areas, which, in turn, form a large oval block.

In addition, one of the circular modules will contain the main sensor. Its resolution is claimed to be 108 million pixels.Also, the second round unit will receive three additional image sensors and a flash.

According to available information; the device will be equipped with a high-quality display with the ability to reproduce 1 billion colors. It is said about the presence of a rechargeable battery with support for fast charging with a capacity of 100 watts.

Finally, the official presentation of smartphones will take place next week – June 16.