In this week’s WWDC 2021, Apple officially announced a new generation of iOS and iPadOS operating systems. Among them, iOS 15 has attracted a lot of attention from technology enthusiasts. However, with the release of the iOS 15 system, users have shifted their attention to the iPhone 13 series to be released in September.

This week, some insiders have exposed renderings of the latest iPhone 13 series smartphones.

It can be seen that, consistent with most previous rumors, the iPhone 13 series will still launch 4 models. The appearance of the iPhone 13 series has received some changes. All the models are equipped with smaller notches, and the screen-to-body ratio has been effectively improved, which is expected by a countless number of consumers. 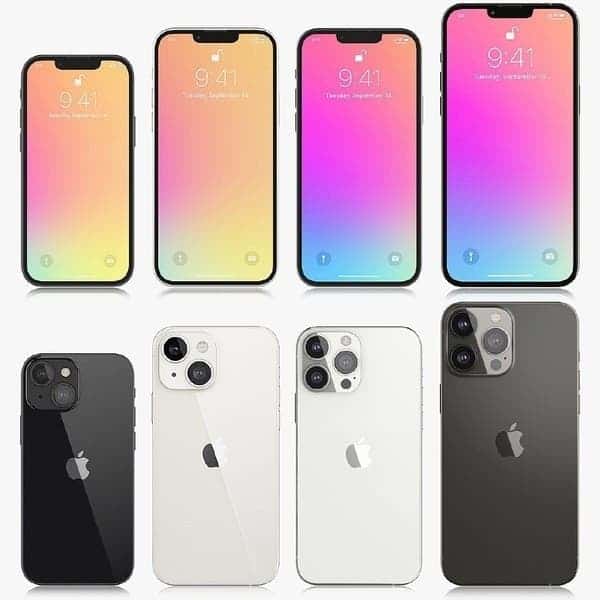 The sizes of these four models are still 5.4, 6.1, and 6.7 inches; but the two models of the Pro version finally got a high refresh; which supports up to 120Hz, and will introduce LTPO panels; which can support 1- 120Hz adaptive refresh rate adjustment which can save more power.

In terms of price, the cheapest model of the iPhone 13 series is still the iPhone 13 mini. The price of the 64GB version is only 700 US dollars. 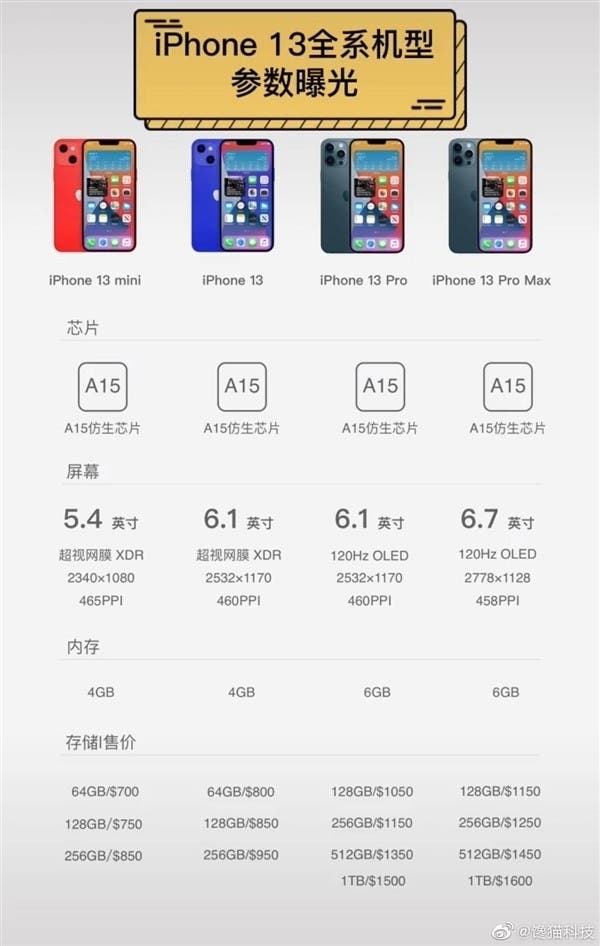 Numerous leaks has indicated that the design of the upcoming family of smartphones Apple iPhone 13 will undergo a number of changes. In addition to the reduced cutout in the screen, the dimensions of some other elements of the devices will also change. In particular, due to the change in the dimensions of the camera unit, the total thickness of the iPhone 13 series smartphones will increase.

It is reported that the main camera unit will move 1mm closer to the corner of the body. In addition, the lens thickness will be increased to reduce the protrusion of individual lenses. The need for this arose due to the fact that the cameras of the base iPhone 13 will protrude from the body by 2.51 mm. The main camera block of the iPhone 13 Pro and Pro Max will rise above the surface of the panel by an impressive 3.65 mm; which is about half the thickness of the smartphone body. For example, the iPhone 12 and 12 mini have a 1.5 mm camera protrusion; while the more advanced iPhone 12 Pro and Pro Max protrude by 1.7 mm.

Previous This may be the upcoming Xiaomi Mi 12 smartphone