Samsung has announced the start of mass production of its new UFS-based LPDDR5 memory module (uMCP). It combines the fastest LPDDR5 DRAM with the latest UFS 3.1 NAND flash in a single chassis, delivering flagship performance for mid-range devices.

Among the advantages of uMCP, the company ranks high speed and large storage capacity with low power consumption. The era of 5G smartphones is forcing companies to look for ways to improve the performance of mobile devices and the new memory module is one of them. It allows you to enjoy 5G functionality that was previously the prerogative of only flagship devices. Examples include streaming, graphics-intensive gaming, and augmented reality (AR).

Manufacturers will be able to choose from 6GB to 12GB DRAM chips, and storage options will range from 128GB to 512GB. Samsung announced that compatibility tests with several global smartphone manufacturers have been successfully completed. The LPDDR5 uMCP solution will not be exclusive to Galaxy smartphones. But the first to get the latest memory chip will be smartphones from Samsung, which should be released during June. 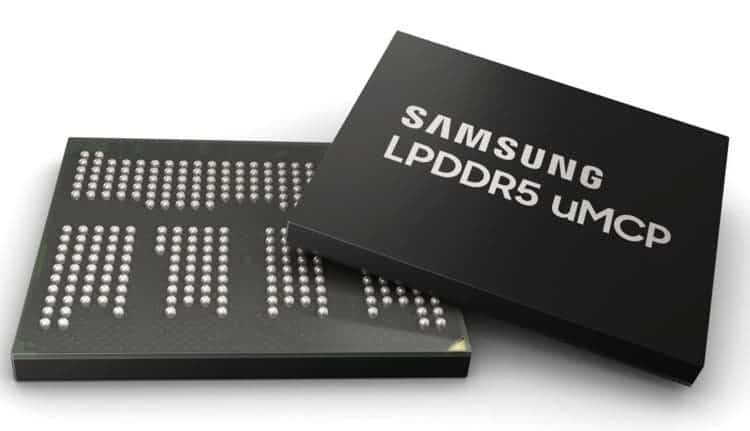 Samsung has responded to rumors of suspending the production of smartphones due to a shortage of chips. Representatives said that this decision has not yet been made. This was reported by Bloomberg.

“Although we cannot discuss the details of the unreleased product, decisions regarding the proposed suspension of production have not yet been made,” Samsung’s press service said.

Earlier, the South Korean newspaper Electronic Times reported that Samsung had suspended production of the budget version of the Galaxy S21 Fan Edition due to a shortage of Qualcomm processors. An anonymous source told about this edition.

We do not know the exact specifications for the Galaxy S21 FE yet. According to rumors, the smartphone will be available in four colors: white, black, olive and purple. The device will have a 6.4-inch AMOLED matrix with a 120Hz refresh rate. The estimated release date is at the end of 2021. But before that, we will see the new generation of foldable smartphones.