With the arrival of the Xiaomi Mi MIX Fold, Xiaomi reactivated its MIX series. However, the MIX Fold is a foldable smartphone and not a regular device. This means that the MIX series still lacks a regular smartphone and reports of the Xiaomi Mi MIX 4 are now preponderant. Recently, there are reports that the Mi MIX 4 will come with the fastest charging power in history as well as the MIUI 13 system. According to previous reports, Xiaomi will officially release a new generation of MIX flagship in Q3 this year. This is the return of the MIX series after three years and will continue to explore the ultimate full screen. 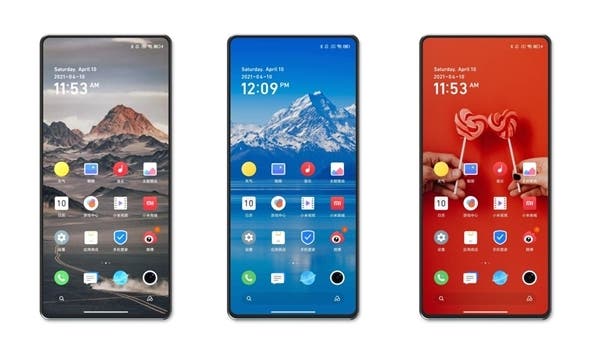 A recent report from a Weibo blogger now brings more information on the Xiaomi Mi MIX 4 to light. According to the report, the Mi MIX 4 will only have one version. This implies that the MIX 4 will only have the on-screen camera version. Earlier reports claim that Xiaomi will release two versions – one without an on-screen camera and the other will have this feature. However, if this new report is true, then the company will not release the “conventional” version.

Nevertheless, the screen quality of the Xiaomi Mi MIX 4 will be slightly inferior to that of the Mi 11 Ultra. As of now, the on-screen camera technology is still in development and very complex. Due to its complexity, the Xiaomi Mi MIX 4 may not support a 2K+ resolution display. However, the company will use a specially customized high-resolution screen. This screen will have a better display effect than the general 1080P.

It is worth mentioning that, in addition to realizing a true full screen with under-screen front camera, Xiaomi Mi MIX 4 will also adopt a four-frame fully equal-width design. The overall visual effect of the screen will be extremely high. The company will use this design to make up for the lack of screen quality.

In addition to the ultimate screen, the Xiaomi Mi MIX4 will also have top performance. Not only will it use the top-notch Snapdragon 888 processor, it will also have a 4500 mAh battery. This battery will support 120W wired fast charging, which can provide sufficient battery life for the device. The 120W is currently Xiaomi’s peak in its fast charging development.