In recent times, there have been multiple reports about smartphones with an under-screen camera. As of now, only ZTE has been able to mass-produce this technology with the Axon 20 Pro 5G. However, there are reports that the performance of the Axon 20 Pro 5G front camera is below par. Several reports from @DCS put together by ITHome suggest that there will be no less than three Xiaomi smartphones with under-screen cameras. These smartphones could be the Xiaomi CC 11, MIX 4, and MIX Fold 2. 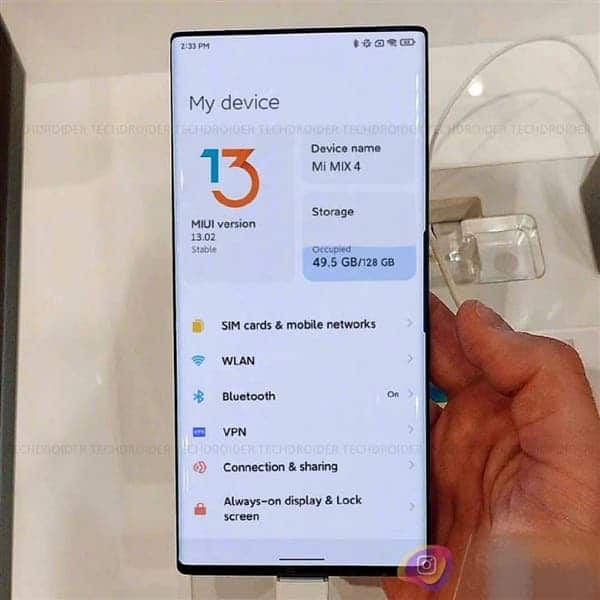 ITHome speculates that the three smartphones could be the Xiaomi Mi MIX 4, Xiaomi MI MIX Fold 2, and another smartphone. Xiaomi CC product manager and brand spokesperson, Wei Siqi, recently stated in reply to netizens that Xiaomi’s new generation of CC series models will be released in the third quarter of this year. This officially confirms that the company will not discontinue the series. Recall that the Xiaomi CC series is the first to use the 108MP camera. Thus, it will not be a surprise if the Xiaomi CC 11 also launches the under-screen camera technology.

The details of the smartphones are still sketchy for now. Nevertheless, these devices will certainly come with some top features. We expect a 90/120Hz refresh rate for both internal and external screens of the foldable smartphone and a direct-screen model with a 1080p + 90Hz refresh rate.

Other manufacturers will use this technology

As for the Xiaomi Mi MIX Fold 2 or the MIX Fold under-screen camera version, it will come with the  Qualcomm Snapdragon 888 chip. This smartphone will use a 5000 mah battery, and the main rear camera is still 108MP. However, the Xiaomi Mi MIX4 will use the top version of the Huaxing Optoelectronics under-screen solution which hit the road last year. The hyperboloid AMOLED screen is expected to be around 6.67 inches, or it will support high refresh rates.

In addition to Xiaomi, ZTE, Vivo, and Samsung will also launch their own new under-screen cameras in the second half of this year. They will compete on the same stage. However, there are reports that the under-screen camera technology is not quite ready for mass production. Whether or not these manufacturers are in a hurry to unleash this technology remains to be seen. Nevertheless, the performance or output of their technologies will certainly be different. Until the launch of more smartphones with under-screen cameras, we cant know how well this camera can eventually perform. For now, ZTE’s output is below par and we believe that the industry can do better