Although LG has stopped producing smartphones, in the TV field, it seems to be ready to flex its muscles. According to LetsGoDigital, as the world’s first manufacturer to launch a roll-up TV, LG has gone farther and farther on the road of roll-up TVs. Now, one of its new TV patents has been exposed. So if the company decides to launch this LG TV, it will make a furor in the market.

Now, another LG design patent for a “rollable display TV” has been exposed. On June 4, 2021, the World Intellectual Property Organization (WIPO) officially granted LG the patent. 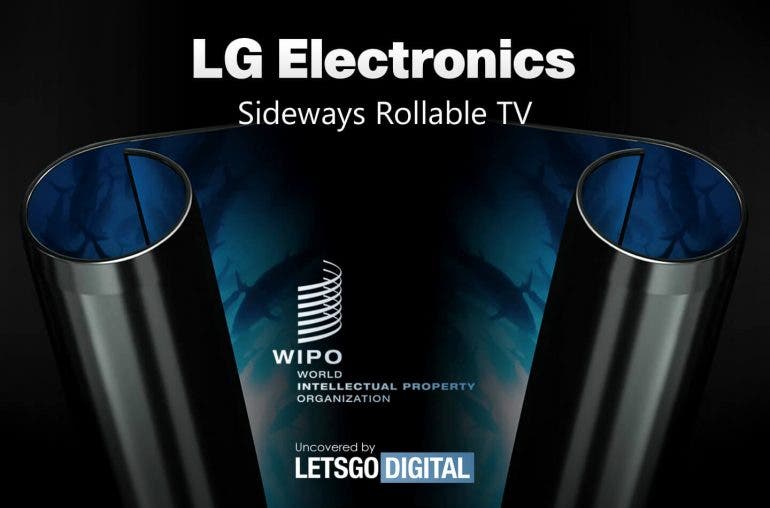 From the patent, we can see that the LG TV is composed of a base and an upper main unit. It looks very compact. The main unit is composed of two cuboids similar to speakers. The screen is hidden in them.

The screen adopts a horizontal curling design, which is a bit similar to a scroll screen smartphone. When closed, the two rectangular parallelepipeds are merged together. It is equivalent to the area of ​​the base. When opened, the two cuboids on the main unit are expanded to the left and right sides respectively. The stretched area of ​​the screen is about 3-4 times that of the closed mode.

On the back of the fuselage, the screen seems to be supported by a T-shaped frame mounted on the base in the middle. Its role should be to keep the screen flatter. Currently, there is no relevant size of the screen. But the patent picture allows us to assume that it has a 16:9 aspect ratio.

The design is very similar to the TCL CsOT Rollable OLED TV, which was demonstrated in October 2020 during the Global Display Ecosystem Conference (DTC 2020). Samsung also seems to be working on a similar product. 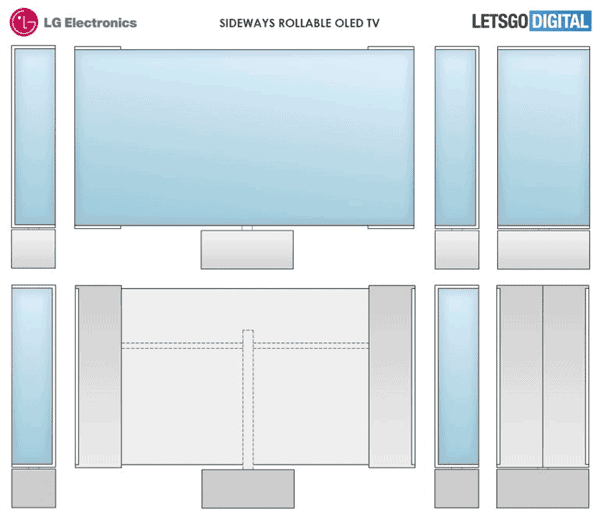 No Guarantees That This TV Will Come

At present, it is not clear whether this LG TV will reach end-users or not. However, LG has already launched a number of rollable TVs. They basically roll up and down. So there is every reason to think the Korean manufacturer could come in with such a concept as well.

In time, we’ll see whether TV with such a form factor will become popular or not. Of course, it can be a great advantage for the business market. This was also one of the spearheads for the transparent TV, which was demonstrated by LG Display at the beginning of this year. By the way, Xiaomi has such a product on the shelves as well.