After many months teasing its entrance in the gaming segment, Redmi finally stepped into a new ear with the Redmi K40 Gaming Edition. In counterpart to its Snapdragon 888 and 870-powered siblings, the K40 Gaming Edition sticks with a MediaTek Dimensity 1200 chipset. For now, the device is still exclusive to the Chinese market, but its global debut will happen soon under a POCO F3 GT disguise. Today, Lu Weibing, the head of the Redmi brand, revealed an interesting fact about the handset. 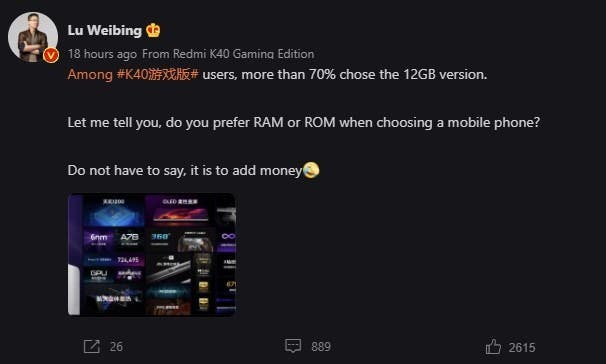 The executive disclosed on Weibo that more than 70% of the Redmi K40 Gaming Edition owners have the 12GB RAM variant. That is a very significant percentage considering the phone is also available in variants with 6GB of RAM And 8GB of RAM. Apparently, some users aren’t even considering the price differences. More than half of the Redmi K40 Gaming Edition buyers are going straight to the best possible variant. This isn’t a big surprise, as gamers will tend to choose the best hardware above everything. Lu Weibing used the post to ask its readers if they consider RAM and Storage when choosing a new smartphone.

Having a good amount of RAM is an important fact when running heavy games and performing multi-tasking duties. After all, more RAM will allow more apps or games to keep running in the background. The phone will not slow down and the apps will not get sudden reboots if there is enough RAM. This is especially important for gamers, after all, no one wants to have your game getting closed just because you had to quickly make a call or read a notification from a messaging application. For that reason, having the best possible combo on a gaming smartphone is vital. 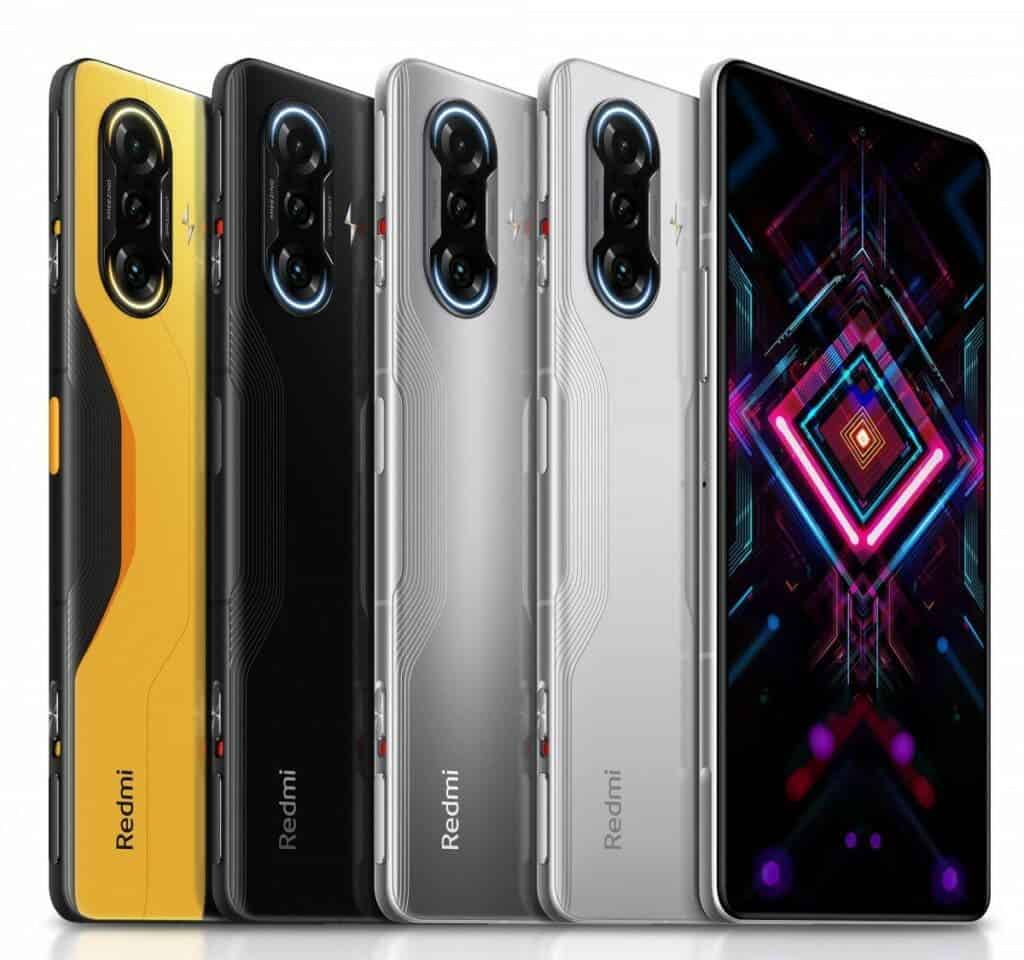 The handset flaunts a 6.67-inch OLED display with a 120Hz refresh rate and a centered punch hole. There is a 64MP main camera on the back and it is accompanied by an 8MP ultrawide angle camera, and a 2MP macro camera, while a 16MP snapper sits at the punch-hole. The device also boasts stereo speakers with JBL tuning. For gaming experience, it comes with mechanical gaming triggers. The fingerprint sits on the side and the device also has NFC. The lights are kept with a 5,065mAh battery which offers support for 67W fast-charging.

Next Amazon's Acquisition Of MGM May Be Delayed Or Canceled