In the end of 2020, Vivo unveiled its Vivo X60 series in China. The family was composed of three smartphones the Vivo X60, X60 Pro, and X60 Pro+. A couple of months later, the company unveiled global variants ditching the Exynos 1080 SoC in favor of a Snapdragon 870. Last month, Vivo expanded the series further with the launch of the Vivo X60 Curved Edition. Now, the company is bringing yet another smartphone under the X60 family, the Vivo X60T Pro+. The new handset is basically an X60 Pro+ with a downgraded portrait lens.

Under the hood, the handset sports an octa-core Qualcomm Snapdragon 888 processor. This chip is made on a 5 nm fabrication process. It also features an integrated Adreno 660 GPU that handles all graphics-related tasks. The smartphone comes in variants with 8 GB or 12 GB of LPDDR5 RAM. The variants come alongside 128 GB and 256 GB of UFS 3.1 storage respectively. The smartphone runs Android 11 based on OriginOS 1.0. It means that the extended RAM feature is available offering 3 GB of extra RAM based on your internal storage. 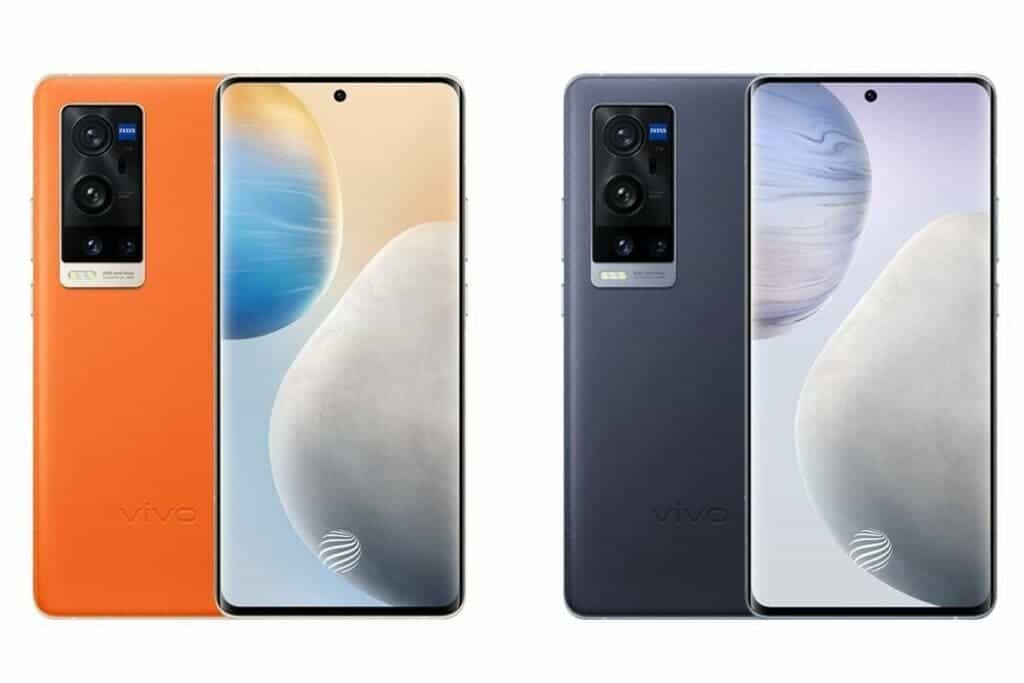 The X60T Pro+ features a Quad-Camera setup with an LED flash. The primary camera is a 50 MP unit, a Samsung GN1 sensor with a large f/1.57 aperture. There is also a 48 MP Sony IMX598 ultrawide-angle camera with a 114.5-degree field of view. It also comes with an 8 MP periscope lens with an f/3.4 aperture, and 5x optical zoom. Finally, we have a 12 MP portrait sensor. On the front, the device has a 32 MP shooter with an f/2.45 aperture for video calls.

The handset draws power from a 4,200mAh battery that supports 55 W fast-charging. The smartphone also comes with a USB Type-C charging port that also doubles as the audio output jack. In terms of connectivity, the device has Dual-SIM, 5G, 4G, Wi-Fi 6, Bluetooth 5.1, GPS, and GLONASS. The handset measures 158.59 x 73.35 x 9.10 mm and weighs around 190 grams.