Chinese manufacturing giant, Huawei, will release its new flagship, Huawei P50 series on July 29th. The company has been postponing the launch of this device for obvious reasons. However, speculations say that Huawei will not postpone the launch of the P50 series again. As the release time approaches, various revelations about the Huawei P50 have continued to surface recently Today, we have a spy real image of the Huawei P50. 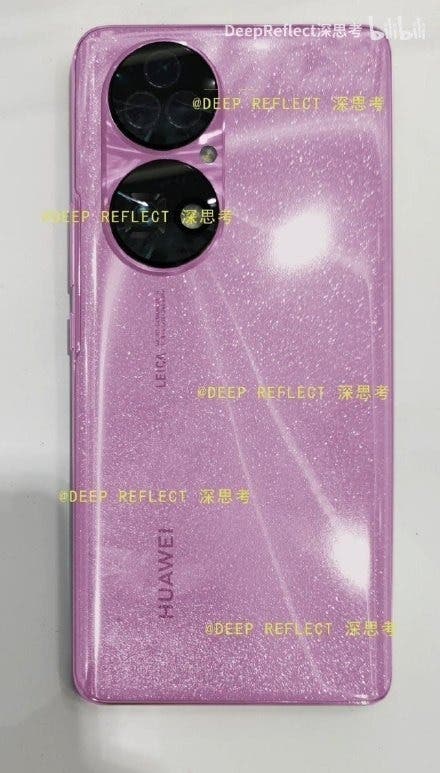 From the new image, the rear of this device is basically the same as the renders that have been online. Of course, Huawei executive, Yu Chengdong, has since released the official renders of this device. This device uses a dual-ring quad-shot multi-shot scheme, and the overall shape is very unique. However, the new information on this real image leak is the colour matching. The colour matching of this Huawei P50 is very eye-catching. It uses a pink body similar to crystal diamond technology. The rear exudes a special light texture, and the entire rear shell and middle frame are completely pink. Even the base of the rear camera is also pink. This device looks feminine and the female folks will obviously love the colour matching.

In addition, some netizens recently exposed the core parameter information of the Huawei P50 standard version. The leak reveals that the device will have two models. While one will use the Snapdragon 888 4G chip, the other will use the Kirin 9000L chip.

However, the Snapdragon 888 4G version that Huawei P50 will carry is no different from the previous 5G version in terms of performance. It still has the top performance in the industry. It is only because of some well-known reasons that it can only use the 4G network version. However, it offers the same speed as the 5G Snapdragon 888.

Next Researchers are preparing solutions to charge batteries quickly and safely