half of 2021 has passed and the loudest announcements of the first half of the year are already behind us. Now the companies are preparing to release flagships for the second half of the year and their parade should start in August. Among those who will show their top-end devices will be Xiaomi. If the latest information is correct, then all positions in the Xiaomi Mi 11 line have not yet been filled.

Thus, the Chinese insider Digital Chat Station on his Weibo page shared the diagrams of two smartphones that will become part of the Xiaomi Mi 11 family. Apparently, from the front panel of the new items will be similar. They will receive thin-frame displays with a round opening for the front-facing in the center of the upper part.

One of the gadgets will offer a triple camera, where one of the sensors stands out in a larger size, and below it is, most likely, a wide-angle module and a periscope sensor. Maybe the smartphone is the same 192 megapixel sensor that insiders are talking about?

The second diagram shows a mobile phone with a rectangular platform, and it will offer at least three sensors, which are located vertically one after another. One of them is a periscope. What kind of smartphones they are ? we do not know exactly. But the most likely case is that they can be presented by them as Xiaomi Mi 11T and Xiaomi Mi 11T Pro. 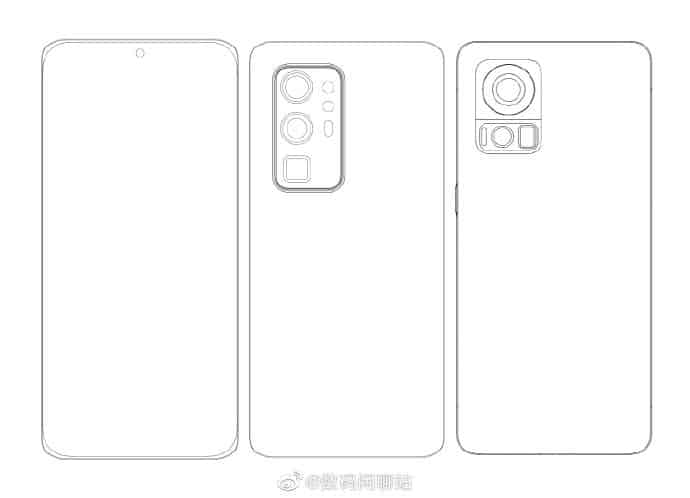 Xiaomi designs smartphones without physical buttons with a powerful camera

In separate news, LetsGoDigital website has found Xiaomi patent documents describing the design of several smartphones equipped with a multi-module camera. It is possible that the future flagship devices of the Chinese company will receive such a design.

Images of the devices are available on the website of the China’s National Intellectual Property Administration (CNIPA). In total, Xiaomi has offered four variants of smartphones. 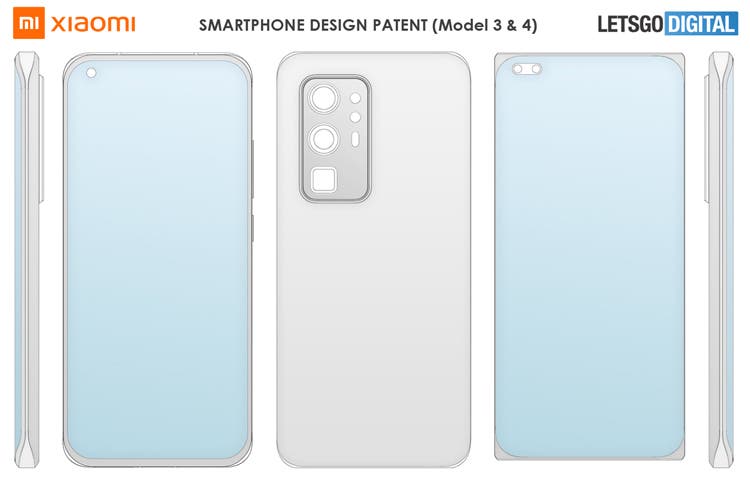 A frameless display is provided for all devices. Three models have rounded corners, and another version is available in a rectangular case.

The screen of smartphones will receive perforation for a single or dual front camera. However, it can be located either on the left side of the display, or in its center. 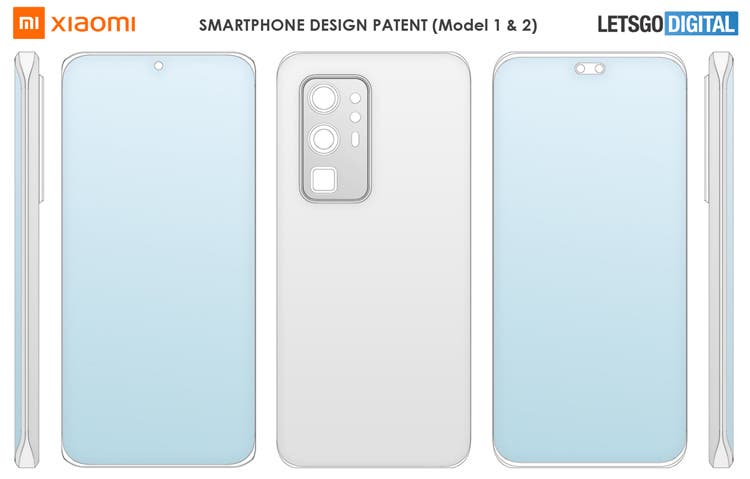 It is curious that the physical control buttons are not visible for the three devices. Perhaps they will be replaced by touchpads on the side faces.

As for the rear camera, it is present in a rectangular block with rounded corners. Three main modules are lined up vertically, including the periscope one. To the right of them are two auxiliary sensors and a flash.

We do not know the technical characteristics of smartphones yet. There is also no information about when commercial devices with this design will launch.

Next Qualcomm says that Huawei is as powerful as Apple