Today, ZTE Mobile promoted its next-gen under-screen camera smartphone dubbed the ZTE Axon 30 5G. The company proves the phone is on the road and will hit the market soon. As the poster shows, the under-screen camera technology is relatively mature and the front camera is invisible.

ZTE executives have warmed up the phone before, saying that the ZTE Axon 30 will be officially released one day before July 22. ZTE hinted that the new phone will have up to 20GB of memory. Plus, users will be able to expand the storage via the card slot. 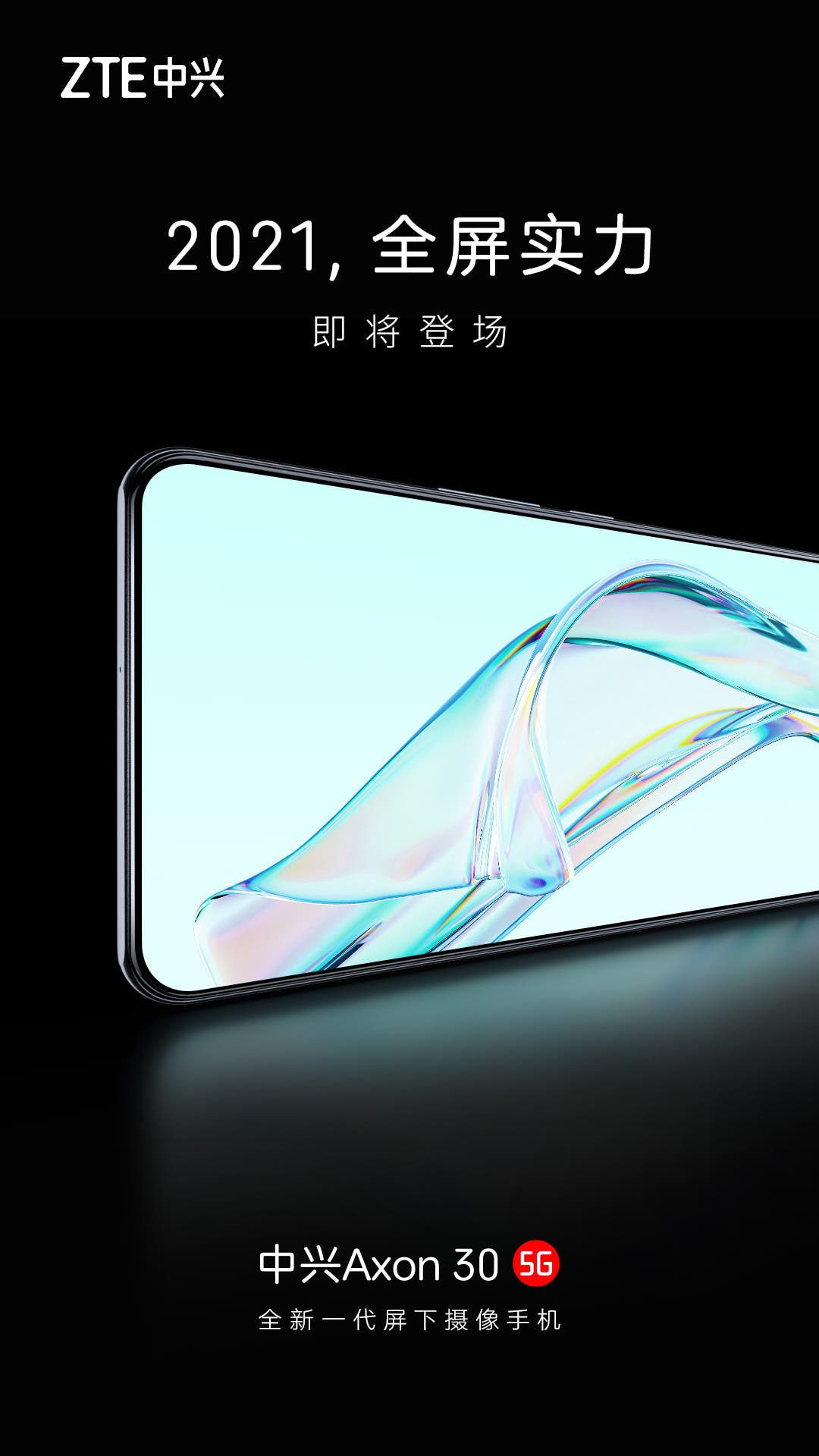 In addition, a new ZTE machine, ZTE A2322, has passed network access certification and comes standard with a 55W fast charging charger. Though there is nothing concrete about this phone, we think it will be the same ZTE Axon 30.

As a reminder, the ZTE Axon 30 is going to become the third model in the series. Prior to this, the company released the Axon 30 Ultra and the Axon 30 Pro smartphones. Though they do not sport an in-screen camera, these handsets can boast of a triple-camera module, of which each sensor is a main lens. Thus, they are the world’s first smartphones coming with three main cameras of 64MP.

Anyway, this is ZTE’s second attempt to launch an under-screen camera smartphone. The first model was the ZTE Axon 20. Though it made the world wow, we should admit its off-screen camera technology wasn’t mature. As for the new technology, the company proves it fixes the bugs of the previous technology and will provide an excellent performance. A whistleblower said that ZTE’s new models will debut Visionox’s new under-screen camera solution. The front camera’s hiding effect is expected to be further improved.

However, not only ZTE but other major players are going to launch similar products. Among them we should mention Xiaomi and Samsung. The latter should debut this technology via the upcoming Galaxy Z Fold 3. If not, one of the future phones will sport it undoubtedly. As for Xiaomi, that’s not a secret that the company’s third-gen under-screen camera technology has been in production since last year. And now, the net is buzzing about the Xiaomi Mi MIX 4 that will use this technology. This phone will hit the market in August.

So it turns out, three flagship phones adopting three different under-screen smartphones will become available on the market simultaneously. Let’s see which one captures most market share and whether the ZTE Axon 30 will be able to compete with them.