The race for a mutual under-screen camera smartphone continues. Though the pioneer in this field was ZTE, it has got very powerful rivals in face of Xiaomi and Samsung. But this doesn’t meant ZTE will give up. We know that its next-gen under-screen camera smartphone dubbed the ZTE Axon 30 is on the way. It will hit the market on July 15 (in three days, folks!). So the company has begun actively promoting it. Today, the Chinese manufacturer released a new poster, disclosing some amazing features of the forthcoming handset.

As ZTE’s official promo poster showcases, the ZTE Axon 30 5G under-screen camera phone will sport a 120Hz high refresh rate screen. Moreover, prior to this, the company announced the phone will have a 400PPI high pixel density. So when combining this with today’s announcement, we can say that the under-screen camera technology of ZTE is truly mature. 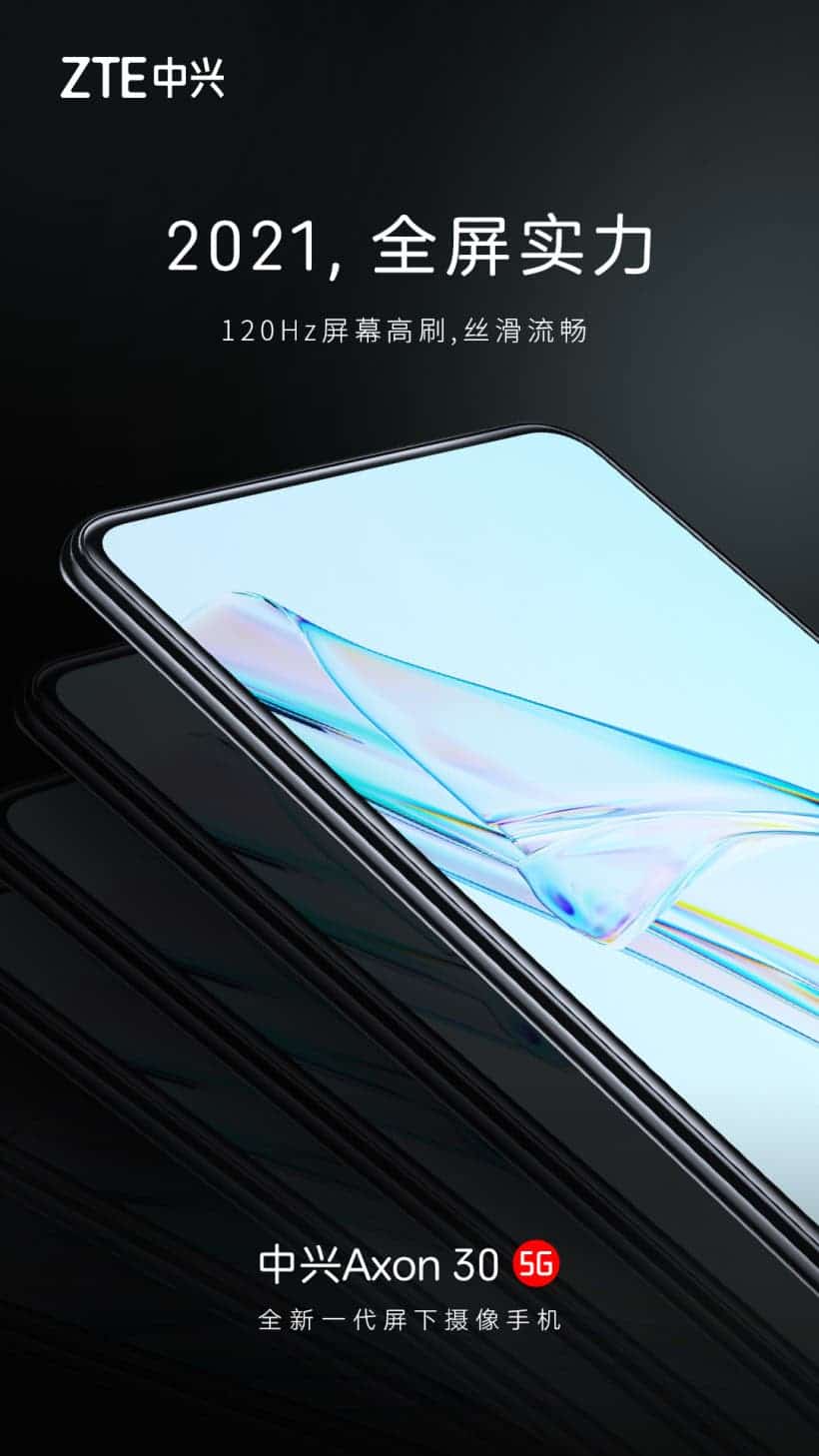 In the coming days, we will hear more news about the ZTE Axon 30 smartphone. But some were exposed when ZTE’s new 5G mobile phone with model ZTE A2322 passed 3C certification. At that time, we learned that the alleged ZTE Axon 3o will come with a 55W fast charging support. 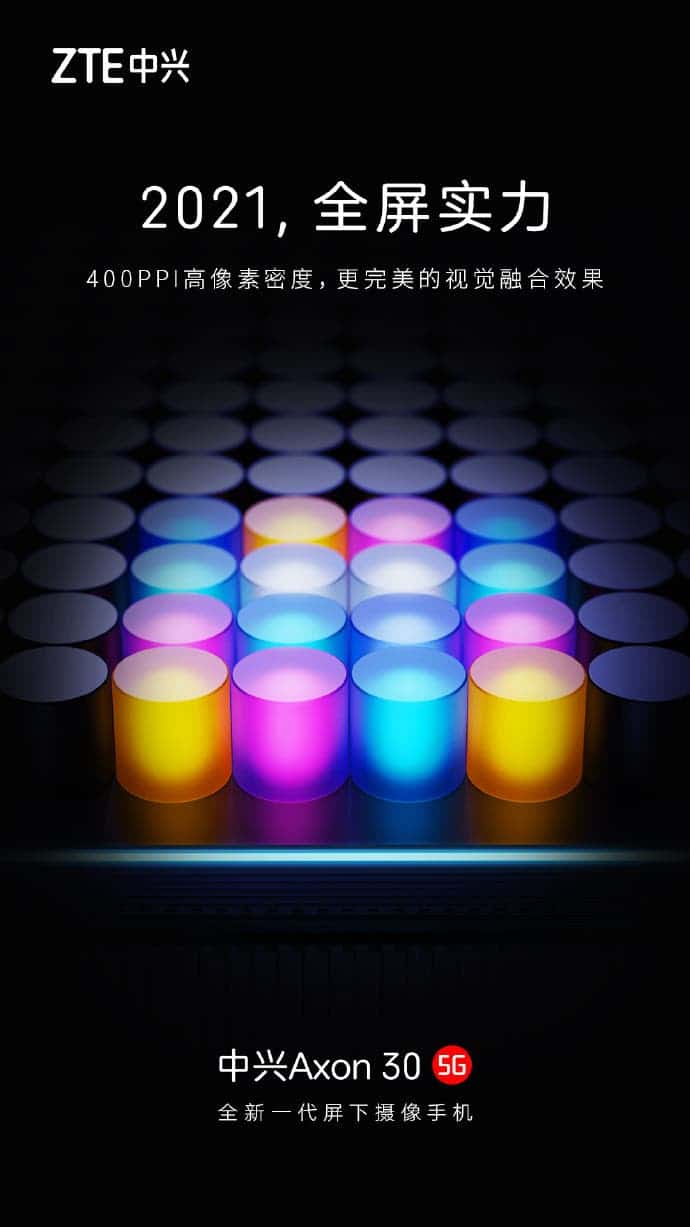 As for internals, we don’t think the company will put the top-end Snapdragon 888 chip inside the phone. Of course, the reason behind this is the cost. Instead, the manufacturer can choose anything from the Snapdragon 7XX series, which will allow controlling price better. But we shouldn’t exclude the possibility of using the Snapdragon 870 pseudo-flagship chip as well. Agree that this is the main reason for designing the latter. We mean Qualcomm made this chip for those models that want a flagship-level performance but lower price.

Anyway, this is ZTE’s second attempt to launch an under-screen camera smartphone. The first model was the ZTE Axon 20. Though it’s the first handset in its type, it had a serious problem – users noticed the square mark when the screen is lit. ZTE’s new model will debut Visionox’s new under-screen camera solution. It’s expected that the hiding effect will be further improved.

However, ZTE’s rivals are going to launch their own models. Samsung will release the Galaxy Z Fold 3 with a similar technology. And Xiaomi will launch a new handset with its own third-gen under-screen camera technology, which has been in production since last year. So we can say the market enters a new era. And the competition will be very fierce.