In March of this year, Xiaomi unleashed the first folding screen flagship namely MIX FOLD. The machine adopts a horizontal inward folding solution. When unfolded, it looks like a tablet. And for this product, the manufacturer requires 9999 yuan ($1945). Thus, we are talking about the cheapest folding screen smartphone on the market. 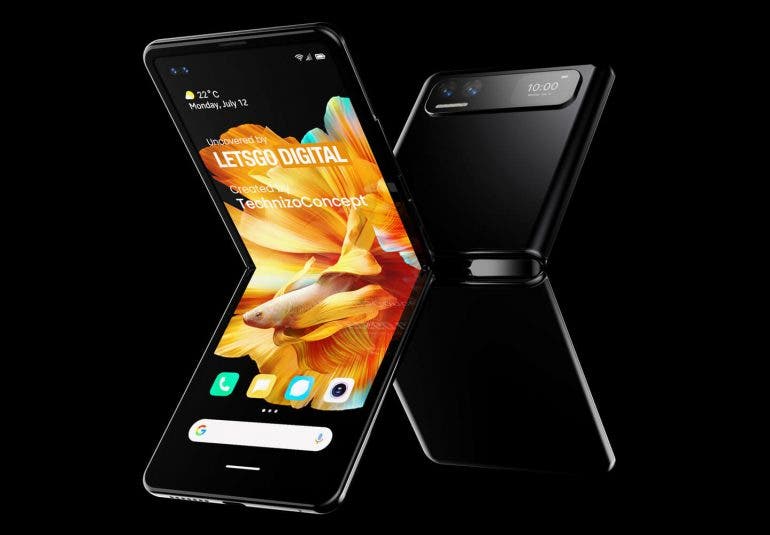 However, Xiaomi is not going to stop on this. Recently, LetsGoDigital showed the Xiaomi Mi MIX Flip model. As the name implies, it is a folding screen smartphone too, but it uses a completely different vertical folding scheme, similar to a flip phone.

As the renders show, Xiaomi’s clamshell-style folding screen phone is very similar to the Samsung Galaxy Z Flip. The back uses a dual-camera + secondary screen design. The small screen can display time, notifications and other information at any time, effectively reducing screen opening and closing number of times to extend the life of the folding screen.

It is worth mentioning that the Mi MIX Flip has achieved a quad-sided equal-width screen frame effect on the internal main screen. Unfortunately, there are still holes in the screen. Thus, it won’t use the under-screen camera technology of the company. In the camera module, there is a long strip shape, which looks a bit inconsistent. 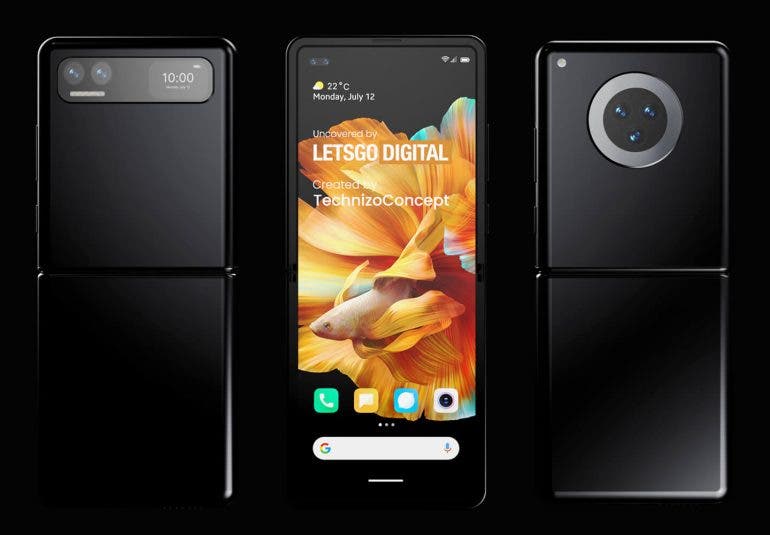 In addition, the render also shows another back design of the Mi MIX Flip. This one cancels the secondary screen solution and places the camera modules in a circular arrangement in the center. The overall shape is very similar to the Huawei Mate 40 series.

In addition to the two MIX Flip models with a flip design, previously, we have also heard that Xiaomi will launch a successor to the MIX FOLD in the second half of the year. The machine will come with an under-screen camera on the internal large screen.

As a reminder, a few days ago, we were talking about a new Galaxy Z Flip-like phone patent that came our way from Xiaomi. In fact, LetsGoDigital created the mentioned renders based on this patent. (This is what they usually do, though.) And as the renders are based on a real patent and not rumors, there is every reason to think Xiaomi may be working on this. If so, we will see a Xiaomi folding screen smartphone with a new form factor. 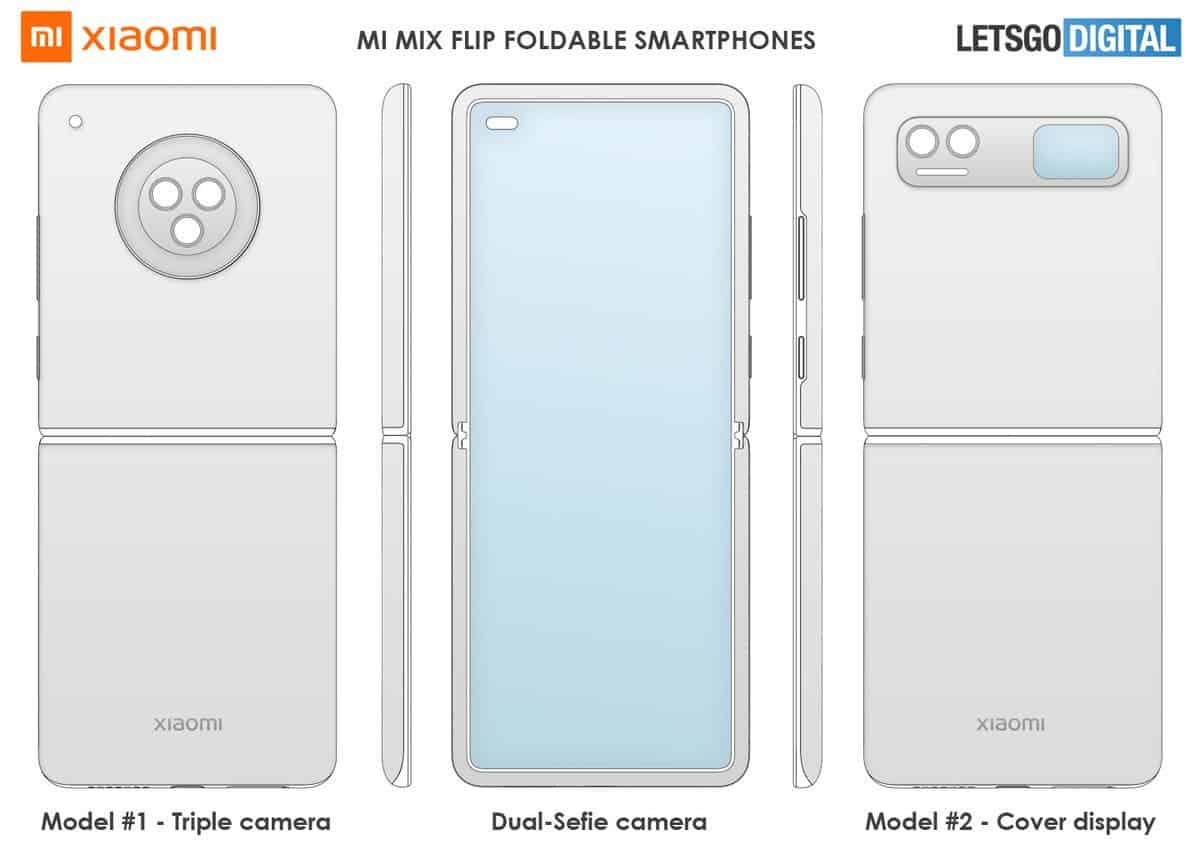 p.s. Besides the Galaxy Z Flip, there is also the Motorola Razr 5G.