Speaking of the periscope lens, thanks to its super zoom capability, it is the rage among Android flagship models. Due to the excellent performance of the lens, many fans hope that iPhones would also use a periscope lens. A few days ago, there were reports that Apple has a new camera patent. Thanks to this patent, the future iPhone will add the periscope lens that netizens are looking forward to. Will this be the iPhone 14? It may be too early to tell but certainly not the iPhone 13. 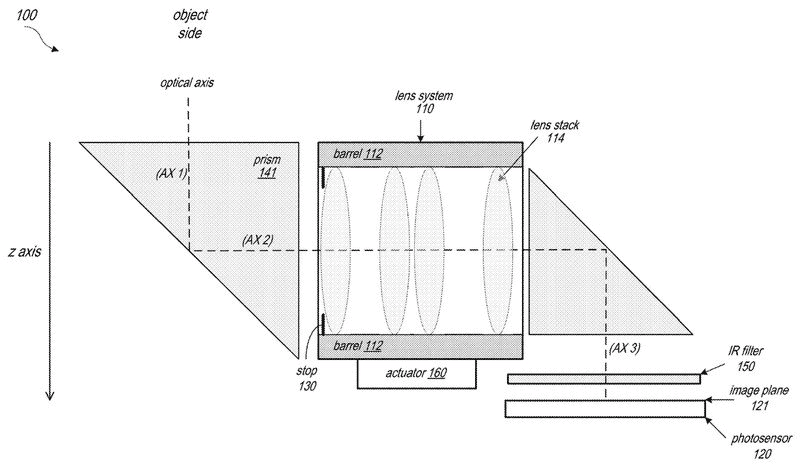 In addition, the shape, material, and arrangement of the refractive lens elements in the lens group can be selected, while providing a long enough back focal length to adapt to the second prism to bring high-resolution and high-quality images.

The report also suggests that this patent will be put to use in 2022. Considering the year of launch, this technology will probably appear on the iPhone 14. Thanks to this patent, it will bring 10 – 100x zoom capability to the iPhone.

Periscope cameras are not new for Android users

While the periscope camera is new to the iPhone, it is no big deal for Android users. The likes of the Huawei P40 Pro series, Samsung Galaxy S20 Ultra, and Xiaomi Mi 10 Extreme Commemorative Edition all come with periscope lenses. The periscope sensors of these smartphones perform quite well.

However, for the periscope lens, Lu Weibing, a partner of Xiaomi Group and general manager of the Redmi brand, once stated its “shortcomings” and the reasons why manufacturers started not to use the lens. Lu Weibing pointed out that the biggest “disadvantage” of the periscope lens is that it is expensive and large. While it is easy to tackle the expensive issue, it is not as simple to reduce the size. Thus, it is difficult to use this sensor for a smartphone that needs to be thin and light. For this reason, many manufacturers are not keen on using periscope cameras.

It is important to also note that this is still a patent. Like most patents, it would not be a surprise if this technology does not see the light of day.

Next OnePlus Nord 2 will be as cheap as expected