Despite the fact that Samsung uses in smartphones of the Galaxy S20 line some of the best displays of its own production and on the market, they are not free of flaws. So, a number of flagship users complained about green screens. The problem did not appear immediately, but a year after using the smartphone for a while and the first reviews of the flaw appeared in the spring of this year.

The problem begins to manifest itself in different ways. Some say that the first symptoms, that something is wrong with the screen, is the appearance of green spots on it. Gradually, their “colony” grows and captures almost the entire working area of ​​the display. The most unpleasant thing is that the green flaw leads to the fact that the screen turns completely green and the image disappears. Although the touch continues to respond to touch. 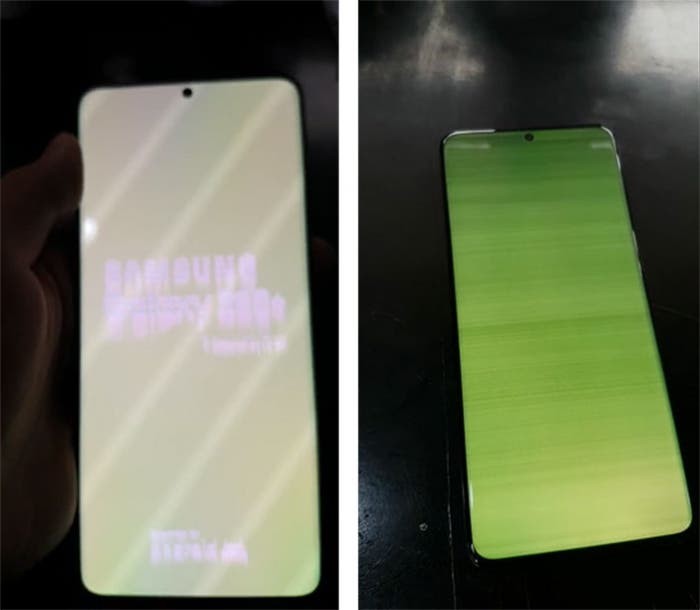 Others note that at first flickering and ripples appear on the screen, and after a while it stops working normally and displays something. The display shows a solid green image and it is absolutely impossible to use the device.

All attempts to cure smartphones by rolling back to factory settings do not lead to the desired result. The only way out is to replace the display at the service center. Samsung itself denies the massive nature of the problem. Among the reasons for the breakdown, It names a fall, a software failure and moisture ingress. But users believe that these are excuses and there is a problem at the hardware level due to the installation of defective screens.

Samsung introduced the Galaxy S20 smartphones at the beginning of last year and but this yaer they have already been replaced by the Galaxy S21 series devices. Earlier, it became known that the owners of the flagship Galaxy S20 filed a class-action lawsuit against Samsung, accusing the manufacturer of deliberately selling defective smartphones. In their opinion, all devices in the Galaxy S20 series were equipped with defective rear camera glass, which can spontaneously crack and burst.

The statement of the claim states that the glass on the Galaxy S20, which protects the rear camera from mechanical damage, can spontaneously crack and even burst. Users claim that such a problem can occur even if the smartphone is in a protective case and is not exposed to it.

Next Netflix to launch cloud gaming service next year