Samsung Galaxy S20 series began to push the Android 13 / OneUI 5 system in early November this year. Reports from Galaxy Club reveal that the series has recently received the G98**XXUFGVL5 firmware update again. This new update comes with the repair mode as well as the monthly security patch. Samsung announced in late October that it will introduce a repair mode in the OneUI 5.0 system. However, at the time of the announcement, the feature was only limited to some high-end Galaxy models. Samsung is working to expand the repair mode to more models. 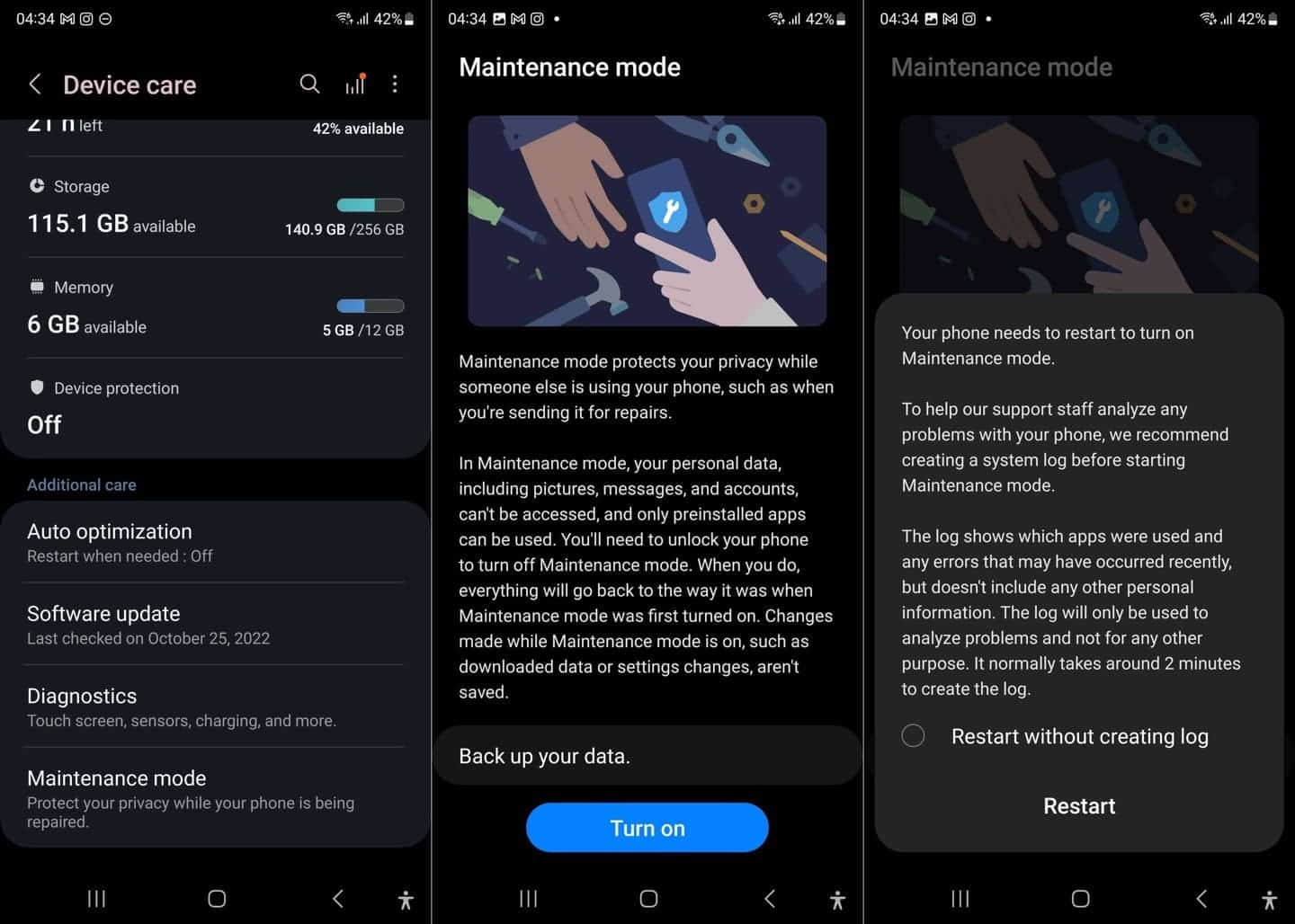 When users send their Galaxy phones for repairs, they can turn on this mode. It will block all data with personal info on the phone. To enter service mode, it needs to be turned on in Settings > Device and Battery Care, after which the phone will restart. The reboot creates a separate account on the phone for technicians to use when fixing the phone, preventing them from accessing the user’s personal data.

This update has been pushed to the European version of the Galaxy S20 model, and it is believed that Samsung will also push it to the Galaxy S20 Chinese version in the near future.

The company has a solution to prevent users’ data from third parties. The repair mode has been rolling out in Korea since July. In September, this feature arrived at the top flagship models in China. Also, Samsung created this feature to guarantee that private info on your Galaxy mobile phone is secure. With the help of this new system, users should feel less anxious. They should also feel more confident that even someone who has physical access to the device cannot access or copy their personal data. However, unlike the lockdown mode in iOS 16, the new repair mode does not offer protection from online threats.