Samsung has confirmed the date for its much-awaited Galaxy Unpacked event, where the company is expected to unveil new smartwatches and more. The invitation for the impending event hints at the company’s plan to announce the Galaxy Z Flip 3, and the Galaxy Z Fold 3 at the event. Aside from that, it is likely to launch the Galaxy Watch 4.

The South Korean tech behemoth will hold the Galaxy Unpacked event on August 11 at 10 AM ET. The company rolled out a teaser that implies it will announce new foldable devices. Despite the lack of an official confirmation, the rumor mill has been churning out speculations surrounding Samsung’s plan to unveil the Galaxy Z Flip 3, Galaxy Z Fold 3, new TWS earbuds, and watches at the event. 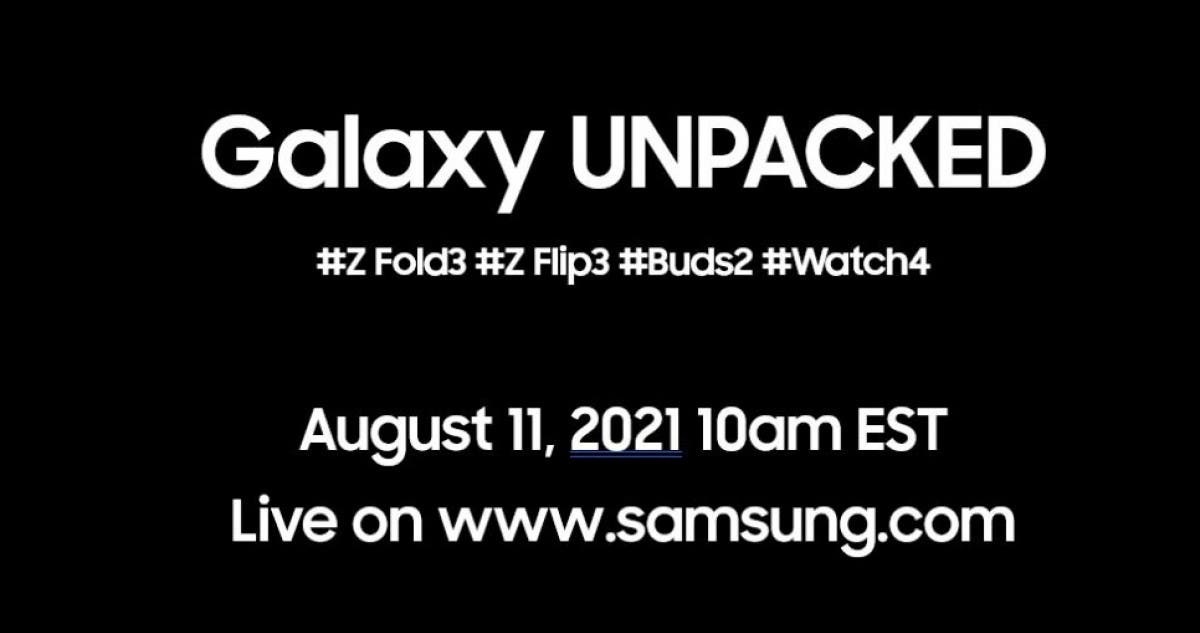 The invitation for the Samsung Unpacked event features a tagline, “Get ready to unfold.” Aside from that, it has geometric shapes that allude to the Galaxy Z Flip 3 and the Galaxy Z Fold 3. Those interested in getting their hands on the Galaxy Z Fold 3 when it arrives, can head straight to the reservation page.

The company has a reputation for announcing the Galaxy Note lineup in August. However, the brand has already confirmed that the Galaxy Note 21 will not be announced this year. In other words, the Galaxy Note series is highly unlikely to make an appearance at the upcoming event. The Galaxy Z Fold 3, on the other hand, is expected to debut as the first Fold series phone from the company an S Pen stylus.

What Do We Know So Far?

Moreover, the Galaxy Z Fold 3 could come with an in-display camera. This will be the first from the Korean giant. The Galaxy Z Flip 3 5G clamshell phone might feature an eye-catching dual-tone design, a larger secondary display, and a revamped vertical dual-camera setup. The Galaxy Watch 4 series will reportedly pack a powerful Exynos W920 chip.

The Watch 4 will reportedly offer a whopping 16GB of onboard storage capacity. The most notable feature of the Watch 4 series is that it will run Samsung’s own One UI Watch software overlay. It is a revamped version of the Wear OS. The event will also see the launch of the Galaxy Buds 2 with ANC (Active Noise Cancellation) support. The Buds 2 will arrive in three color options. The Watch 4 series shipment is expected to kick off on August 11. The Z Fold 3 and Z Flip 3 will start shipping from August 27.