Over the past few weeks, there have been multiple reports regarding the upcoming Realme Flash. The reports so far show that this device will be the first Android smartphone that supports magnetic charging. According to a recent video, the Realme MagDart charger which will aid the magnetic charging of the Realme Flash delivers between 18% to 25% in just three minutes. Going by this, it should take less than an hour to get a full charge (0% to 100%) for a 4000 mAh battery. Today, a new leak shows the first real image of the Realme Flash. 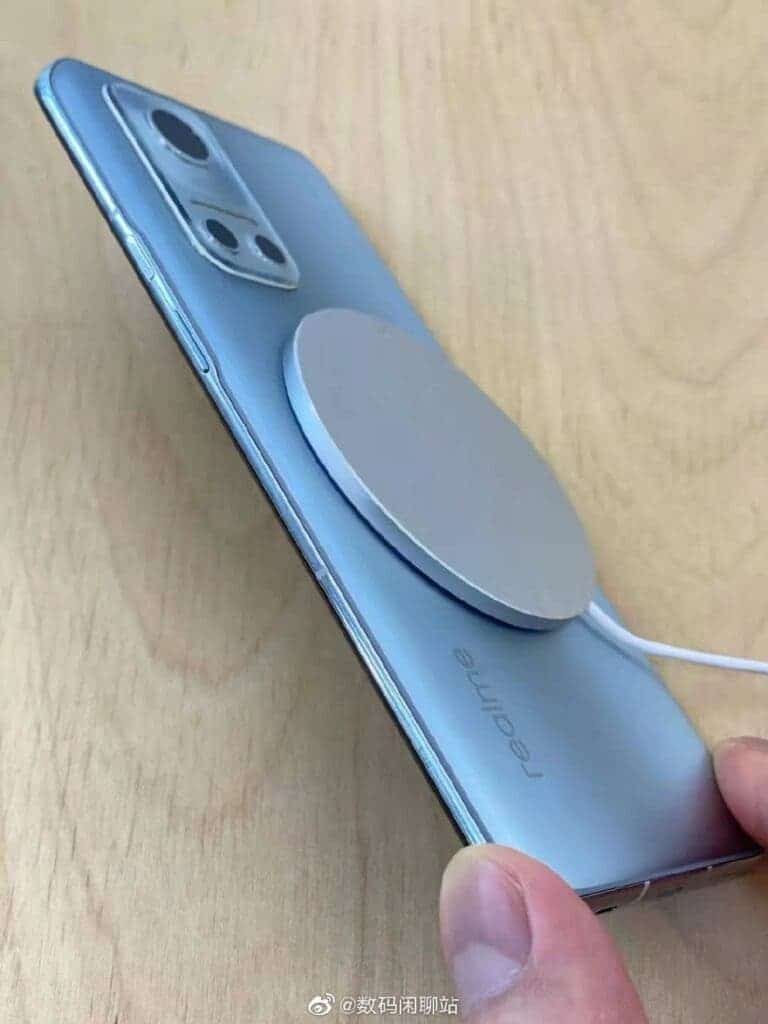 Despite the video which shows the charging speed of this device, the company has not officially announced details about this device. There is no specification information on the Realme Flash. The Realme Flash real image leak shows the MagDart charger on the rear. Of course, the MagDart on the smartphone is very eye-catching. This charger is clearly an ultra-thin wireless charger. Relative to the iPhone 12 series solution, MagDart is clearly thinner and lighter.

It is worth mentioning that, according to the charging data video, Realme Flash’s 15W charging test results are very good. It can basically run at a full 15W charging power, which can fully meet the daily use. According to reports, the Realme Flash MagDart charger can output a maximum of 50W for mobile phones. However, this charger comes with a cooling fan. This means that there will be a proper cooling effect that guarantees fast charging throughout the process.

The reports regarding the MagDart wireless charger show that the device will hang on to the rear of this device. It will induce power into the smartphone. This device comes with a built-in fan to ensure an effective charging speed.

Furthermore, the Realme Flash will support other magnetic accessories like magnetic cardholders, magnetic radiators, and so on. More importantly, these accessories no longer need to be connected with a heavy shell as in the past. In addition to the MagDart wireless charger, what else does the Realme Flash offer? This smartphone will come with a punch-hole display as well as a triple rear camera setup. Under the hood, it will have Qualcomm’s latest flagship processor, Snapdragon 888. This chip will be coupled with up to 12GB of RAM and 256GB of internal storage. This smartphone will support a USB Type-C connector. On the software end, this device will use the Realme UI 2.0 on top of Android 11.

Previous Top 10 most powerful smartphones in July according to AnTuTu

Next Realme Pad has entered in new press renders