Motorola Edge 20 Fusion has been listed on Flipkart with some key specs after floating around the rumor mill for a long time. The much-awaited Edge 20 Fusion smartphone is set to launch in India on August 17 at 12 PM (IST). However, key specs of the phone have already been revealed by the Indian e-commerce company, Flipkart. 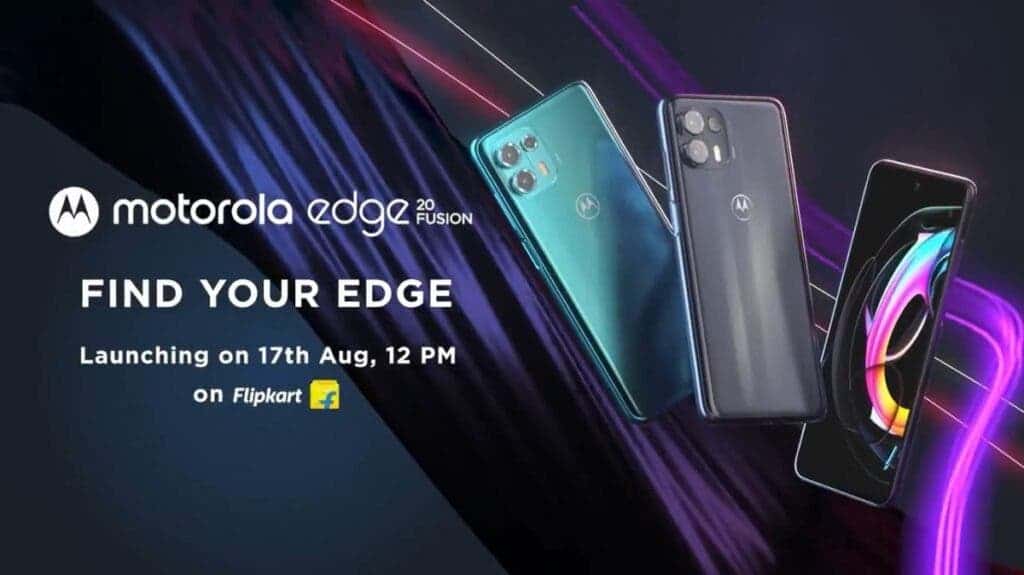 A recently surfaced official teaser of the Edge 20 Fusion gave us a brief glimpse of the phone’s outward appearance. As mentioned earlier, the device seems to draw inspiration from the Edge 20 Lite as far as design is concerned. However, the phone’s Flipkart listing revealed that it will pack slightly different hardware. First off, the phone will sport a 10-bit AMOLED display that delivers a refresh rate of 90Hz.

The Motorola Edge 20 Fusion will come with a 6.7-inch OLED display. It will ship with 8GB of RAM and offer 128GB of onboard storage capacity. A robust 5,000mAh battery with 30W TurboPower fast charging support will be powering the entire system. There’s a USB-C port for charging. 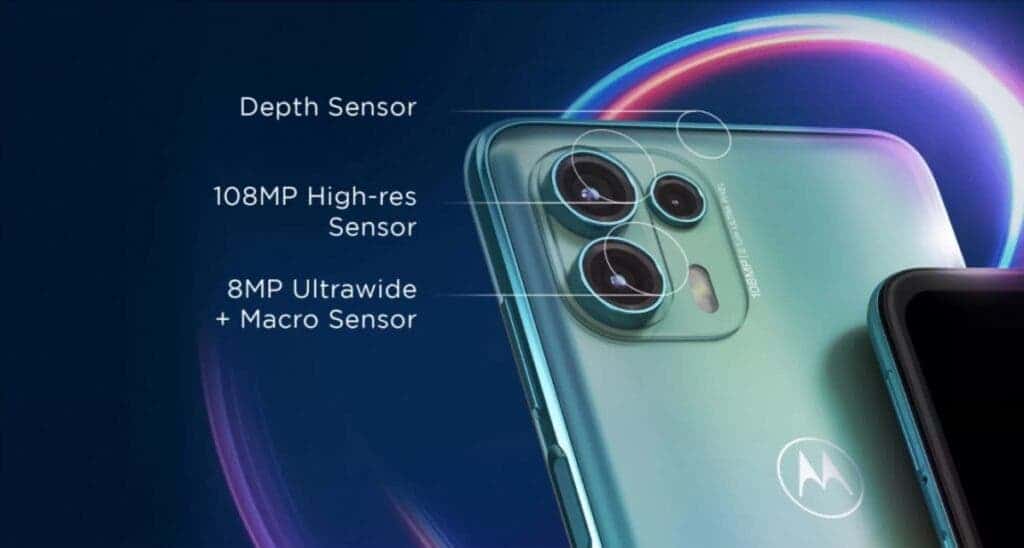 Furthermore, a MediaTek Dimensity 800U SoC will power up the device. In the optics department, the Edge 20 Fusion will house a triple camera setup at the back featuring a 108MP main camera, an 8MP sensor with ultra-wide-angle and macro lens, as well as a depth sensor. Upfront, the phone features a hole-punch cutout at the center to accommodate a 32MP selfie shooter.

Aside from that, the phone will come running on near-stock Android 11 OS. It will offer business-grade security via Lenovo’s ThinkShield for mobile, according to Gadgets 360. On top of that, the Edge 20 Fusion will come to India with 13 5G bands’ support. The Flipkart listing also confirmed previous reports that claimed the Edge 20 Fusion will be a tweaked Edge 20 Lite since the latter packs a MediaTek Dimensity 720 SoC.

The Motorola Edge 20 Fusion could go up for sale in at least two colorways. Earlier reports have indicated that the device could come with HDR10 and 10-bit color support. Furthermore, it will feature an in-display fingerprint scanner. Noted tipster Yogesh Brar had predicted that the Edge 20 Fusion will have the same specs as the European model.