A few days ago, Xiaomi held a new product launch conference and introduced a number of outstanding products. Many may say the Xiaomi MIX 4 was in the spotlight, others can prove the Xiaomi Mi Pad 5 was a more important addition, and the thirds will say the second-gen OLED TV looks more attractive. They all are right. But we’d like to draw your attention at the CyberDog. It’s Xiaomi’s first bionic quadruped robot (Chinese name is “Iron Egg”).

First, users wondered what the CyberDog can do at this stage. Chang Cheng said that CyberDog is still in the engineering exploration stage. So what it is currently doing is to ensure the stability of the equipment and the experience of basic functions.

In addition to making a series of cute actions, the CyberDog brings together Xiaomi’s many technical advantages, such as face recognition, human figure detection and pedestrian re-recognition technology.

As you know, Xiaomi said that this is an open-source project and anyone can participate in it. So he said that in the future the Iron Egg will be able to do more.

Chang Cheng emphasized that the bionic robot industry is currently in the global co-creation stage. Everyone is gathering firewood. Xiaomi hopes to become a leader and drive more developers to contribute to this field through its open-source nature and quickly promote industry progress. At the moment, Xiaomi is collecting talents. The first phase will include 400 people. Registration will be closed at 24:00 on August 20. 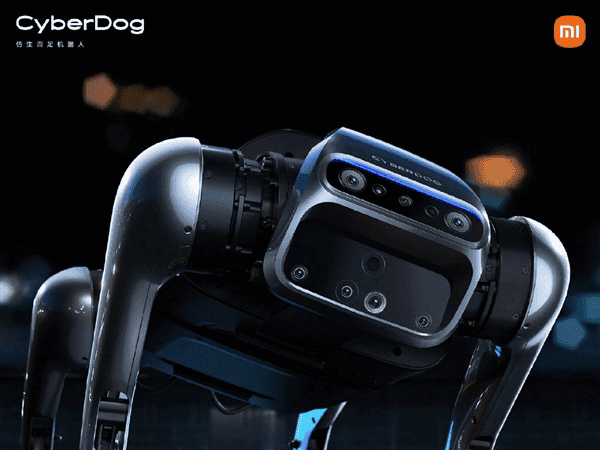 The Xiaomi CyberDog uses the NVIDIA Jetson Xavier NX platform. The latter works with AI algorithms. It uses 384 CUDA cores, 48 ​​tensor cores, 6 Carmel cores on the ARM architecture, as well as two engines that accelerate the processing of machine learning tasks. In addition, the machine has a 128GB solid state drive.

Our protagonist collects information around it through 11 high-precision sensors that provide feedback to the robot as it moves. The robot has touch sensors, cameras, ultrasonic sensors, GPS modules, allowing it to explore and interact with its environment.

Also, the CyberDog supports voice control. For this, the robot has six microphones.

Previous XIaomi Mi Notebook refresh in India to include 16:10 display with integrated webcam

Next Samsung hopes to triple sales of foldable smartphones this year