Today, OPPO held the Future Imaging Technology conference and introduced some innovative technologies. One of the most interesting techs was OPPO’s RGBW light-trapping sensor.

The so-called RGBW adds a white filter to the three colors of red, blue, and green to form four colors.

We know that each of the red, blue and green filters will filter out part of the light. This reduces the brightness, because the light loss is more. 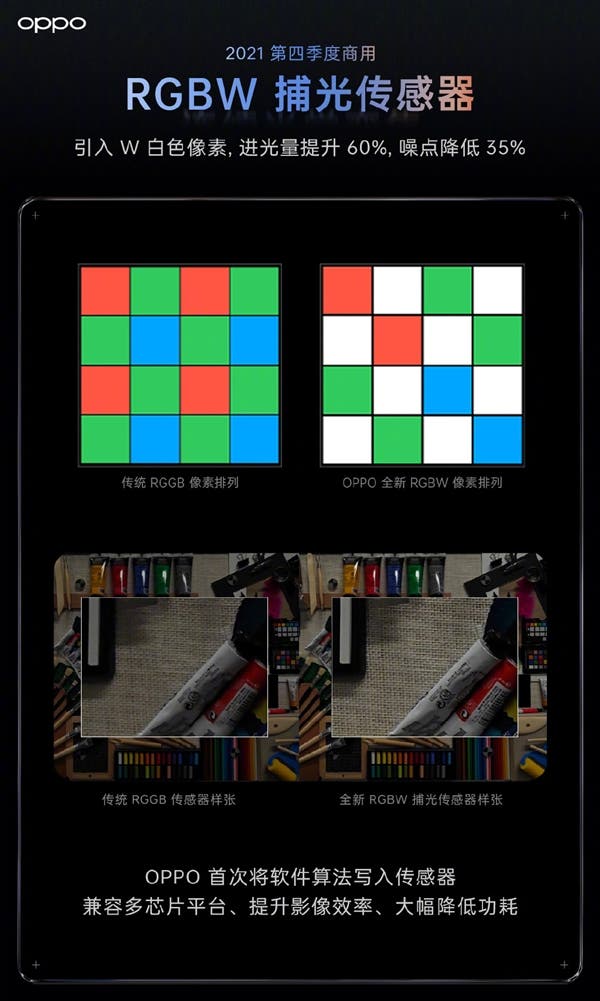 So adding a white filter, white will not filter the light, making the cast filter irradiate more light on the CMOS. So as the brightness increases, the noise in low-light environments is reduced, thereby improving the night shooting.

OPPO announced that the RGBW light-catching sensor will be officially commercialized in the fourth quarter of this year. ​​​ ​​​​

Also, at this conference, OPPO announced the industry’s first hardware-level five-axis image stabilization technology. The latter will be commercially available in the first quarter of 2022. 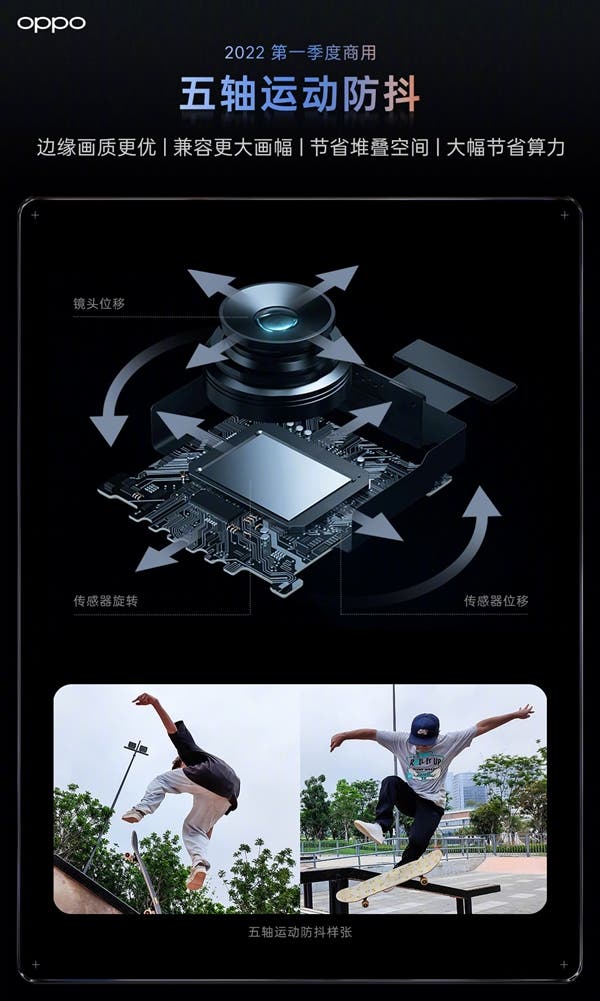 Simply put, five-axis image stabilization means that it can compensate for the five-axis jitter of up and down swing, left and right swing, horizontal displacement, longitudinal displacement, and rotation jitter.

Honestly, OPPO has not been focusing on camera performance of its phones like VIVO/iQOO and Xiaomi. But the recent development shows that almost all major smartphone makers are actively working on this feature, clearly understanding more and more customers are looking for smartphones that can provide good imaging. In this sense, we should also wait for under-screen camera smartphones from this brand.