It’s almost two years that 5G has been commercialized. While expanding the commercial scope of 5G, telecom operators and telecom equipment vendors are also developing the next generation of communication technology, that is, 6G.

LG Electronics has successfully transmitted wireless signals in the 6G terahertz frequency band, with a transmission distance of more than 100 meters. 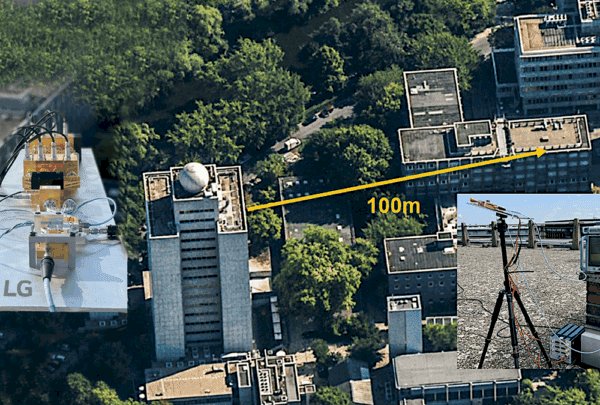 LG Electronics announced that their wireless data transmission in the 6G terahertz frequency band was carried out jointly with Fraunhofer-Gesellschaft, the largest applied scientific research institution in Europe.

The company realized the first 6G wireless data transmission on July 13. They sent the data signal from a slightly higher building, and the data receiving equipment in another building 100 meters away received smoothly.

LG Electronics is one of the earliest companies in the world to start 6G technology research and development. As early as January 2019, more than two months before the three major telecom operators in South Korea launched 5G commercial services, LG Electronics was in the Korea Institute of Science and Technology in Daejeon. It established a 6G R&D center, led by Cho Dong-ho, a professor of electronic engineering at the Korean Academy of Science and Technology, to start the research and development of 6G technology.

In terms of 5G, although LG Electronics is not as well-known as Huawei, Samsung, Qualcomm, Nokia, Ericsson and other manufacturers with many patents, LG Electronics is also an important global wireless technology provider. Also, they have many patents in 4G. According to various data from market research institutions, LG Electronics ranked first in the world for its patents on LTE and LTE-Advanced technologies from 2012 to 2016.

Yes, LG Electronics has successfully carried out wireless data transmission in the 6G terahertz frequency band. But there is still a long way to go for 6G commercialization.

Say, Ericsson will start making 6G equipment in 2024 only. Huawei plans to launch a 6G network in 2030. South Korea has already started investing in 6G R&D. The total amount of investment is $200 million and it will take 5 years.

Well, we should also point out that there is a fierce competition between countries as well as companies. China and South Korea took the lead of launching the first 5G networks. Thus, the US and Europe laid behind. So now, they are doing their best not to allow repetition of the same scenario. Google and Apple have already joined the 6G group to boost development of the new tech in the US; Huawei, ZTE and OPPO are helping China for the same goal; Ericsson and Nokia want EU not to yield their competitors. But as LG Electronics thinks, this technology will be commercially available not earlier than 2029/2030.