Vivo is gearing up to reveal the Vivo X70, Vivo X70 Pro, and the X70 Pro+ smartphones. These devices are set to launch in China on September 9. The Vivo X60 series was released several months ago and now is due for an upgrade. Besides the three new smartphones, the company is also expected to launch a Vivo X70t Pro, which alone indicates a vanilla Vivo X70t. Despite the multitude of devices, the Vivo X70 Pro+ is expected to be the sole king of the lineup. Previous reports were suggesting the presence of a Snapdragon 888 Plus, but apparently, Vivo has ultimately opted for the vanilla SD888. 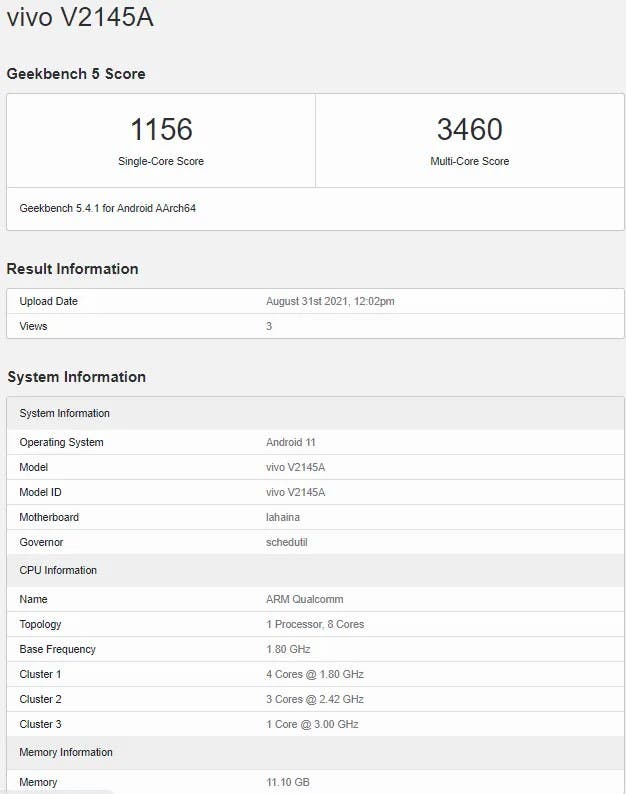 The X70 Pro+ has passed through the Geekbench website which confirms the availability of vanilla Snapdragon 888 SoC. The device emerged with the very same model number in a past 3C certification. According to the listing, the Vivo X70 Pro+ packs a Qualcomm Snapdragon 888 SoC. The device has 12 GB of RAM and will run with Android 11 straight out of the box. Therefore, we can expect it to run Origins OS 1.0 which among other things brings virtual RAM for an extra 3 GB of RAM based on the phone’s storage. As per the leak, the phone scores 1,156 points in the single-core and 3,460 points in the multi-core department.

According to old leaks, the Vivo X70 Pro+ packs a 6.7-inch AMOLED display with curved edges. This panel will sport a 2K resolution and a 120 Hz refresh rate. The LTPO technology will allow it to go from 1 Hz to 120 Hz and preserve energy. The handset will have a Quad-Camera setup. It packs a 50 MP Samsung GN1 sensor which comes along with a 48 MP IMX598 sensor. There is also a 12 MP camera, and an 8 MP periscope camera with 5x Optical Zoom. The device will pack Vivo’s V1 Image Signal Processing unit. 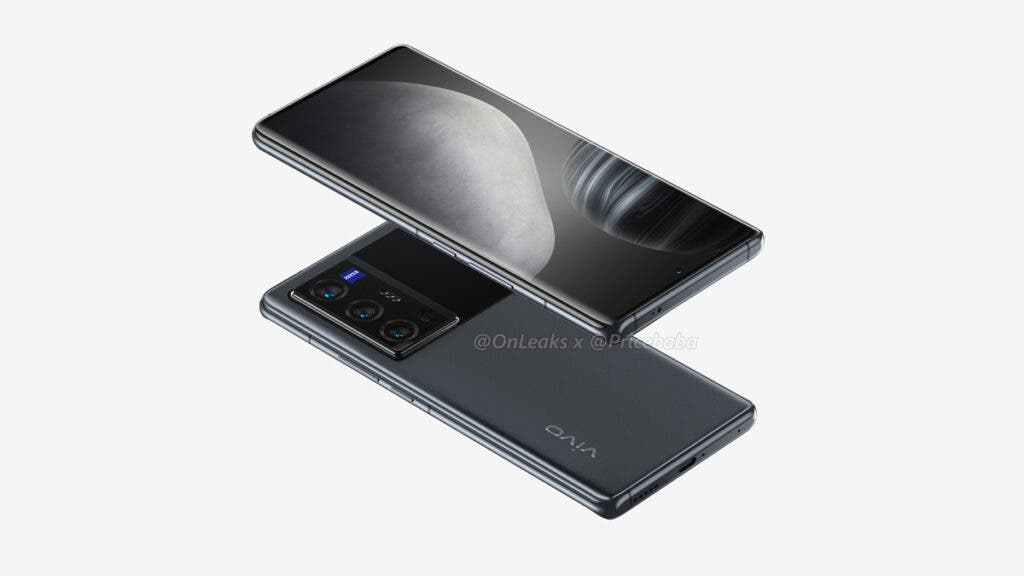 According to the device’s render revealed, the Vivo X70 Pro+ will have a speaker grille, SIM tray on the left side, a USB Type-C port, and a microphone at the bottom edge. The Vivo X70 Pro+ has a 165 x 75.5 x 9 mm dimension, but the weight still is a mystery. The device reportedly comes in Black color with AG Finish, Orange with Vegan Leather, and Blue with Plain Leather.

According to rumors, the vanilla X70 and X70 Pro will come with Samsung’s Exynos 1080 SoC.