Xiaomi is not officially present in the markets of some countries or regions, including the United States. However, this does not prevent you from importing its devices there. Xiaomi smartphones are capable of working perfectly fine in any region of the world, provided that they support the bands that local telecom operators work with. This was until recently, but now the situation has changed and some restrictions have appeared.

Although Xiaomi’s export policy prohibits the sale of smartphones in some countries and regions, the company has not previously prevented the activation and use of devices in their territory. Now Xiaomi’s policy has changed. Over the past months, Reddit and Facebook users have reported several times of blocking Xiaomi smartphones in a particular region, but the number of blocks has increased significantly since last week.

For the past few weeks, Xiaomi has been proactively blocking users from provisioning their phones if they live in Cuba, Iran, Syria, North Korea, Sudan, or Crimea, in order to comply with export regulations and stop resellers. https://t.co/51AdXIMgnW

Users who have encountered restrictions report that devices display a message: “

Xiaomi policy does not permit sale or provision of the product to the territory in which you have attempted to activate it. Please contact the retailers directly for additional information.”.

At the moment, there is no complete list of countries and regions that have problems using Xiaomi devices. The problems arise among users in Cuba, Syria, Iran, North Korea and Sudan, as well as in Crimea.

Interestingly, the problem does not seem to affect smartphones with unofficial firmware installed. It is worth noting that the Xiaomi Terms of Service clearly state that buyers are prohibited from exporting smartphones to certain regions. However, the company does not indicate that it will block devices if this rule is violated. 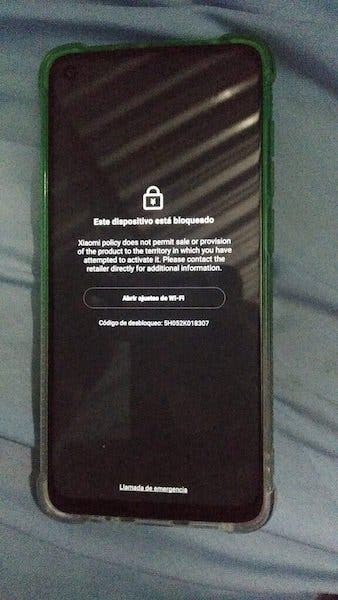 It’s worth noting that Xiaomi’s Terms and Conditions clearly state that it prohibits buyers from exporting phones to select regions. However, it doesn’t specify that it will block phones exported to those regions.

14.2 The Contract and all Products sold are subject to applicable export control laws; including but not limited to the export control laws of. the US and Buyer’s own jurisdiction. The Buyer will not export any product purchased from the Seller to any country or territory; or anywhere if the export control laws forbid it . Prohibited countries and territories include Cuba, Iran, Syria, North Korea, Sudan, and the Crimea region. If the Buyer plans to export any Products purchased from the Seller to another country; the Buyer you must obtain the required export licenses (or other government approvals) before doing so.

Next Ulefone factory tour video: Armor 12 5G is in production