Cupertino giant Apple recently launched its iPhone 13 series of devices, with the company also reducing the retail price of its iPhone 11 and iPhone 12 models in certain regions and discontinuing it’s iPhone 12 Pro and iPhone XR.

It seems that there is another change by Apple that it has not yet announced to the public. Reports via iPhone-ticker-de suggest that Apple has quietly discontinued the 256GB variant of the iPhone SE launched in 2020.

In case you did not know, there are three storage variants of the iPhone SE, 64GB, 128GB and 256GB, but now the Apple Store, as checked by us shows only two variants, 64GB and 128GB.

Is the iPhone SE 256GB No Longer Available? 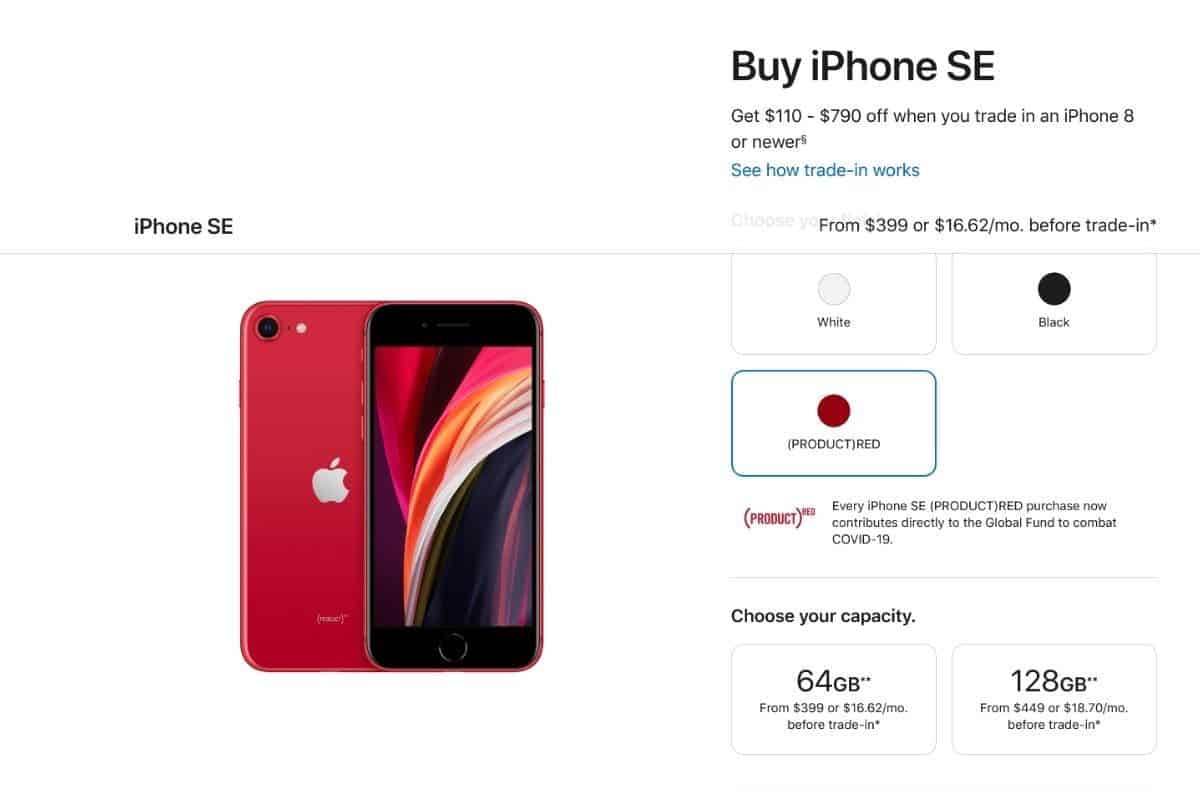 The device still retails for the same amount, with the 64GB model of the iPhone SE available for $399, while the 128GB variant retails for $449. The supposedly discontinued model retailed for $549.

This move seems to be in relation to the upcoming successor of the iPhone SE since the company is reported to be shifting its focus to target the third-generation models of the iPhone SE, which will likely launch in 2022.

According to similar reports, the iPhone SE 3 will likely be the cheapest device from Apple with 5G. It will supposedly make use of a similar design as the iPhone XR but with certain camera differences. It will likely have a single rear shooter and will be powered by the iPhone 12’s A14 Bionic SoC.

What About Other Apple Related News?

In other Apple-related news, the company launched the iPhone 13 series this week. The iPhone 13 has a 6.1-inch display, while the highest iPhone 13 Pro Max has got a gigantic 6.7-inch display.

When it comes to the thickness, we see that the larger battery has affected its slender design. Moreover, the cameras on the rear have also gotten bigger. Inside, they host the newest Apple A15 Bionic processor. Well, as there are four different models, it’s better to take a detailed look at each of them.

Two new Pro-labeled iPhone 13 models adopt the same design as last year’s models. They have flat sides and screens, but as said, the body has become thicker. The Face ID has shrunk in size too.

The rest remains unchanged. These phones are made of toughened glass and feature a stainless steel frame. The latter makes the phone be heavier in comparison to the aluminium-made non-Pro iPhones. Plus, these two also support IP68 water protection.

Next Realme Pad to Go on Sale Today via Flipkart at 12PM, See Offers and Pricing