The performance of the A15 Bionic processor on the iPhone 13 is slightly moderate. With an 8% increase in the main frequency, the GB5 CPU single-core is about 9% faster than the A14. In addition, the multi-core is 15% faster. The GPU did not fall in performance, and the 5-core full-blood version has a comprehensive increase of about 38%. Over the past two years, Apple has been losing its executives and talents in the A-series chip team. As a result, the A14 Bionic and A15 Bionic chips adopt almost the same architecture at the CPU level. On this level, the core replacement should be expected to arrive with the Apple A16 Bionic chip. 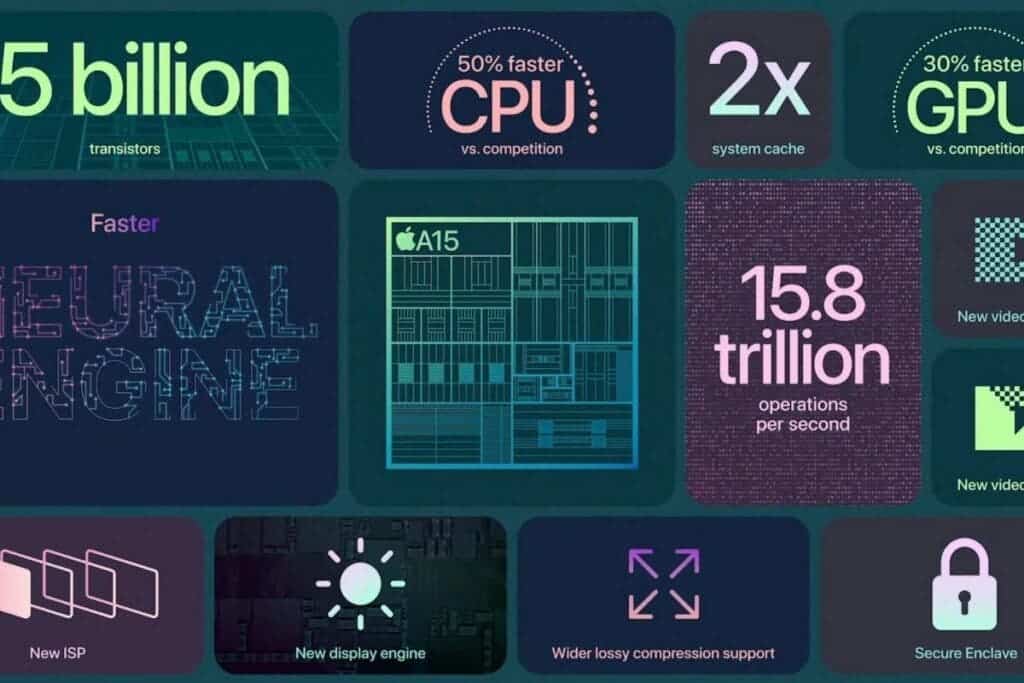 According to reports, the A16 Bionic chip will use TSMC’s 4nm manufacturing process. Although the improvement of process-level transistors is limited, the large CPU core is upgraded to Avalanche, and the small core (efficiency core) is upgraded to Blizzard. These will replace the Firestorm + Icestorm combination on A14 Bionic and A15 Bionic respectively.

Prior to the A13 Bionic, the single-core improvement of each generation of Apple’s A-series processors was more than 20%. Starting from the Apple A16 Bionic chip, we expect to have similar improvements.

Apple A16 Bionic to use a 4nm process

The Apple iPhone 12 series smartphones were the first devices of the company to use 5nm processors. At the same time, according to network sources, the manufacturer is already planning an upgrade of the technological process for its future new products. Experts of the analytical company Trend Force reported this in their new report and named the expected dates for the appearance of the first chips of the American brand, manufactured using the 4nm process technology.

The report also contains a forecast for 2022 – presumably by this time Apple will switch to 4-nanometer technology for manufacturing microcircuits at the facilities of a Taiwanese chipmaker. The first processor of the new generation will be the Apple A16 Bionic. It is possible that similar changes will affect the ARM family of Apple M1 processors for laptops.

Previously, TSMC and Samsung Electronics announced that they had already started mastering more “thin” technological processes (2-nm and 3-nm), planning to begin their mass production by 2025.

Previous Foldable smartphones from Google, Vivo, Xiaomi and Oppo may arrive in Q4 2021

Next Microsoft Office 2021 suite will be presented on October 5