A new version of the Telegram messenger for Android and iOS devices is available. The developers of the application added the ability to set color themes for individual private chats, support for interactive emoji, the ability to view the list of group members who read your message, as well as the function of recording video in broadcasts and video chats.

Telegram users can now set one of eight available color themes in their private chats. Each of the themes was developed by Telegram designers, who added colored gradients for message blocks and various animated backgrounds with patterns. The theme is automatically installed for both chat participants and will be appear on all devices. Also note that each theme has a day and night version, switching between which is in accordance with user settings. In the future, the developers promise to add more topics for private chats. 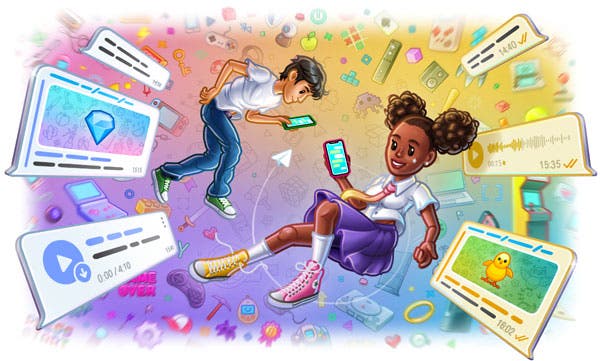 Telegram had support for emojis long time ago, but the developers saw that they might not be enough to express emotions. Therefore, the application has interactive emoji, which appears with additional effects across the entire screen of the device. The recipient will see such a message immediately the moment the sender clicks on it. Selected themes and interactive emojis are currently only available in private chats.

The group chats got also improvements. Users will now be able to see which members of the small group chats have read the messages they send. Previously, when someone read a message, a corresponding notification appears, but it was not clear who exactly saw the message. Note that information about users who have read messages will not be in Telegram storage; and users will be able to see it for no more than seven days. 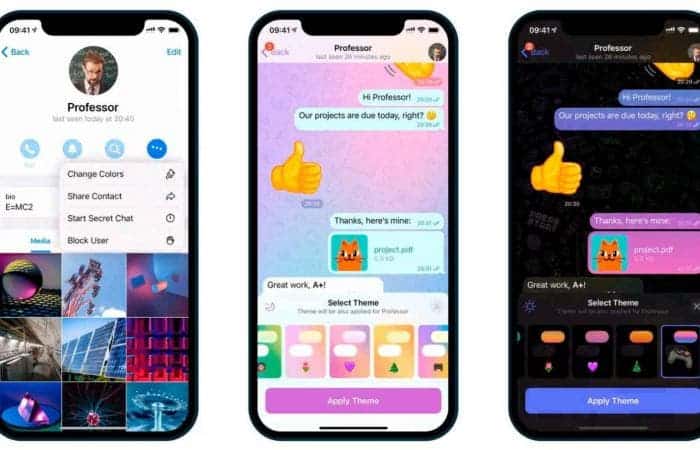 Telegram has a huge number of communities, each of which can broadcast for its subscribers. Community administrators will now be able to record live broadcasts. This can be useful for users who, for some reason, have to miss the live broadcast. Supported video recording in horizontal and vertical formats; and the file itself become automatically in the “Favorites” section after the end of the recording.

The new version of Telegram for Android and iOS devices has already begun to reach users and will soon be available on all compatible devices.

Next Semiconductor shortage will end by mid-2022 according to analysts