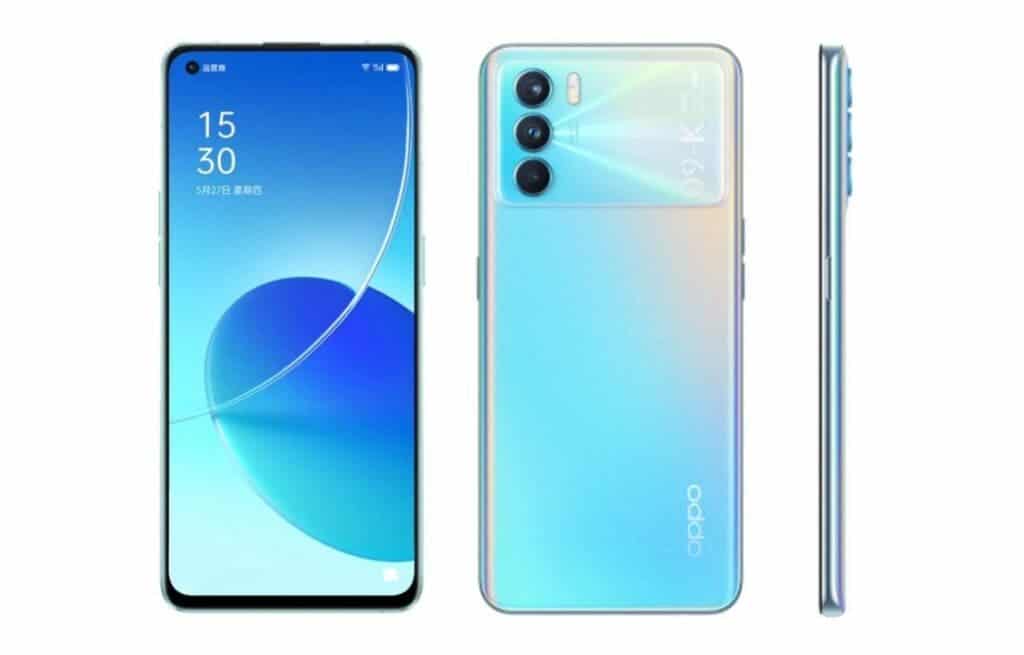 In a bid to create more hype surrounding the upcoming launch event, the Chinese consumer electronics giant has divulged some more details about the Oppo K9 Pro smartphone. To recall, Oppo has already shared the phone’s rear panel design, showing a triple camera setup in the past. The top portion of the rear panel houses a considerably large block. Such unusually big blocks were spotted on some previous Xiaomi phones.

The popular smartphone brand has revealed the specs of the K9 Pro ahead of its official unveiling in China later this month. Oppo has shed light on the device’s display, which it claims can offer a high refresh rate of 120Hz. Furthermore, the company revealed that it sports an AMOLED display that offers an impressive 100 percent DCI-P3 coverage. On top of that, the display will be HDR10 certified. 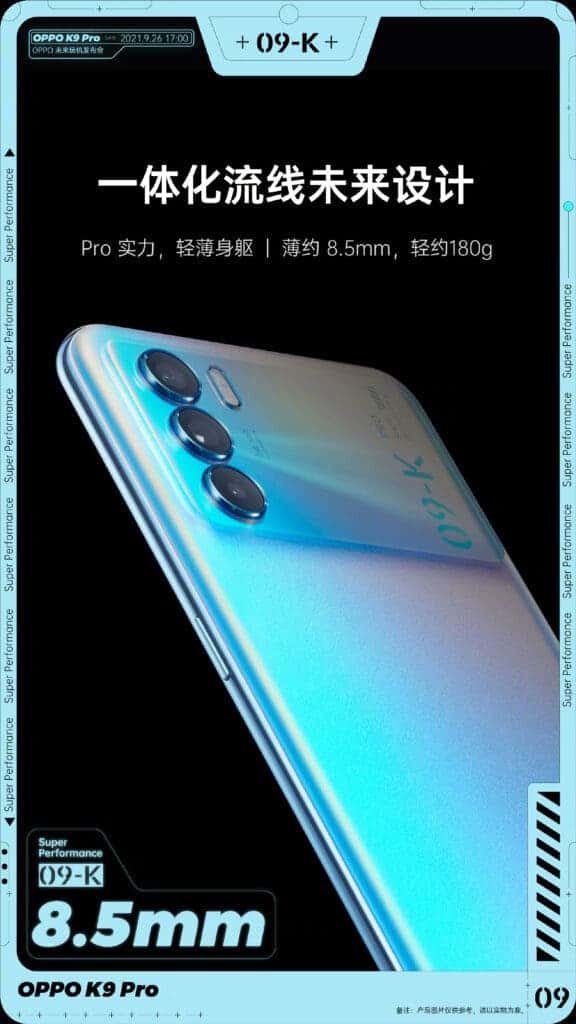 Regrettably, the company did not reveal the display’s size or the screen resolution it will offer. However, a report from MySmartPrice suggests that it could deliver a Full HD+ resolution. Aside from that, the publications claim that the phone is likely to get a 6.43-inch display, which coincides with the details revealed in the phone’s TENAA listing. The K9 Pro has been floating around the rumor mill for quite some time now in the form of leaks.

As a result, most of the phone’s specifications have already been revealed. On top of that, Oppo has already confirmed that the device will house a 64MP triple rear camera setup. Furthermore, the phone will pack a MediaTek Dimensity 1200 SoC. It will ship with 8GB of RAM and offer 128GB of onboard storage capacity. Moreover, the phone will use a 4500mAh battery that supports 60W fast charging. The phone is 8.5mm thick and will support WiFi 6 connectivity.

The K9 Pro has passed through multiple certification websites. It recently appeared on China Telecom listing carrying model number PEYM00. If the listing is anything to go by, the phone’s 8GB RAM + 128GB storage variant will retail for CNY 2,399. The 8GB RAM + 256GB storage model will set you back CNY 2,599, while the highest-end variant that comes with 12GB RAM and offers 256GB built-in storage could carry a price tag of CNY 2,899. More details about the K9 Pro will be revealed at the upcoming launch event.

Previous Huawei reiterates that it will not sell its smartphone business

Next Redmi K40S charging certification - gets up to 120W fast charging