Oppo Watch Free and Oppo Smart TV have been confirmed to go official this month in China, but details about them are still scarce. The Chinese consumer electronics company will host a launch event in its home country to unveil the Oppo K9 Pro. Aside from that K9 Pro smartphone, the company will be taking the wraps off two new products.

The company took to its official Weibo account on September 24 to divulge the details. Aside from that, Oppo shared a teaser image of the Watch Free, giving us a glimpse of its rectangular design. It also showed a rubber strap. The company posted another teaser for its Smart TV K9. In the teaser, the Oppo smart television sports a 75-inch screen.

The company officially confirmed that it will launch the Watch Free in the launch event that will take place on September 26 at 5 PM in China. The teaser poster shows that the wearable will sport an elongated rectangular display. The screen appears to bear a striking resemblance to the Huawei Watch Fit and the recently unveiled Realme Band 2.

Furthermore, the screen is encompassed by what appears to be a metal frame. The metal frame is black-tinted in the black model, and it is coated gold on the beige variant. Just like the Realme Band 2, the new Oppo watch doesn’t have physical buttons. In other words, it features a touchscreen display. Aside from that, the wearable comes with a textured rubber strap.

This strap has ridges that ensure breathability and a comfortable fit. According to a report from MyFixGuide, the watch is likely to sport an OLED display. Oppo has kept the rest of the details about the watch under wraps at the moment. However, noted tipster Evan Blass had shared some official-looking renders of the watch earlier this month. These leaked images suggest that the watch will be available in gold and black color options.

Other Oppo Products Slated to Arrive This Month 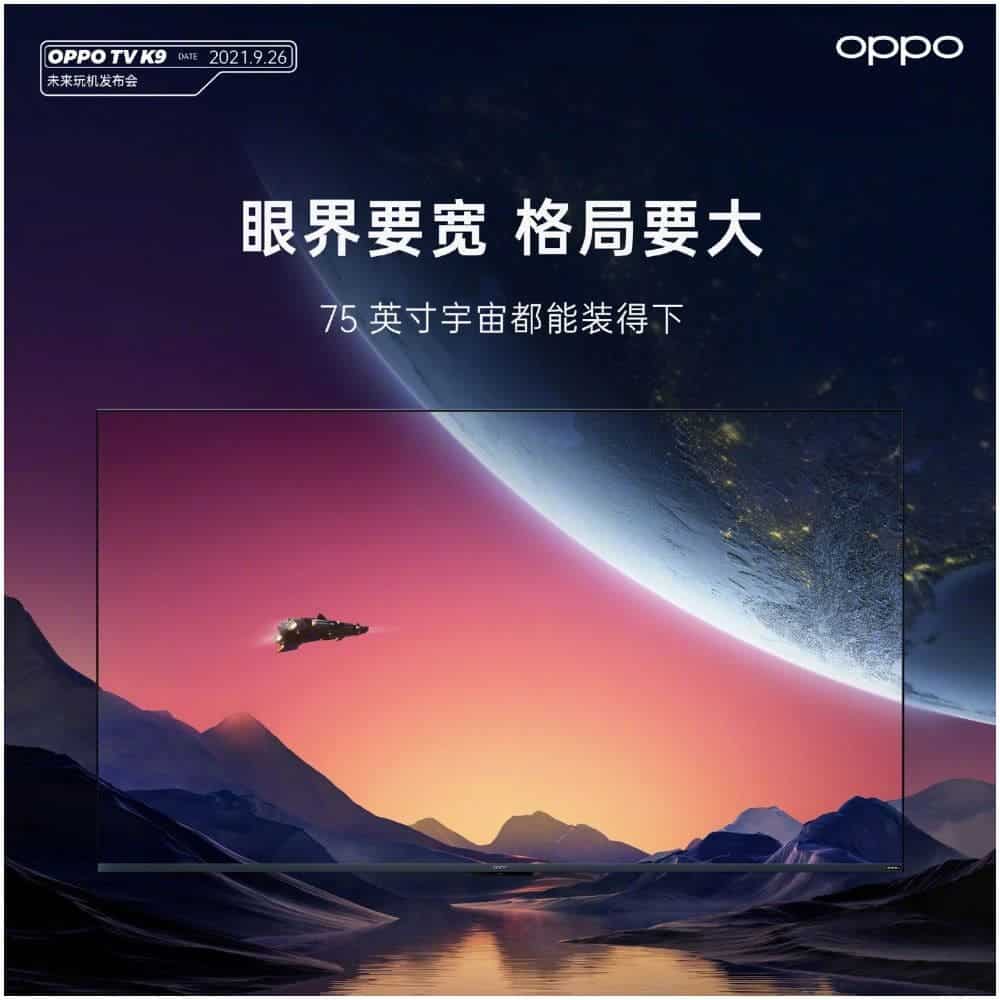 Regrettably, details about the Smart TV K9 are still few and far between. However, the new smart TV could boast the same features as the previously launched TV models. In other words, it could come with HDR 10+ support and offer a 93 percent DCI-P3 color gamut. Furthermore, the 75-inch TV model is likely to pack a MediaTek MT9652 chipset under the hood.

As far as the software is concerned, the smart TV could run an Android-based ColorOS TV 2.0 operating system. Furthermore, it is likely to ship with 16GB of onboard storage. For connectivity, the Smart TV K9 could offer Bluetooth v5.0 and Wi-Fi. More shreds of information about the upcoming products will be revealed on September 26.

Oppo K9 Pro Specifications Teased Ahead of Its Imminent Launch