The new MIUI 13 shell from Xiaomi is coming soon to users, but not as quickly as the fans would like. The company itself has confirmed that it has postponed the release of the proprietary firmware until the end of the year. This is due to the desire to modify the shell and minimize the risk of errors and failures. 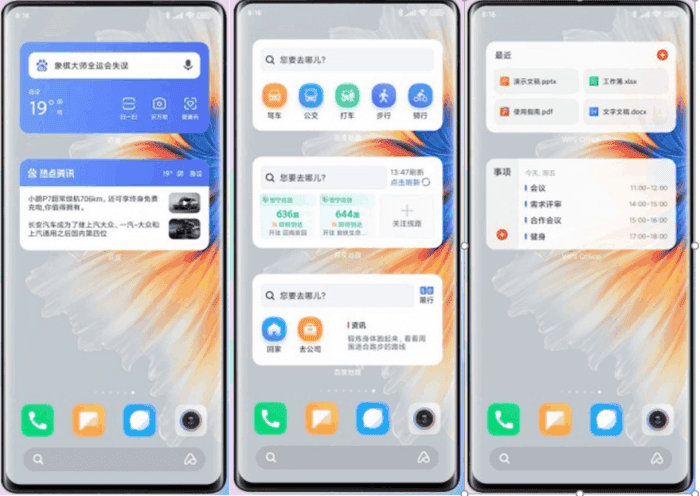 How MIUI 13 will surprise and impress users is not known for certain. There is only information that Xiaomi cannot get rid of the habit of imitating Apple in any way. In particular, the developers of MIUI 13 have got inspiration from iOS 14 for the design of one of the elements of the new UI. We are talking about desktop widgets that repeat those that Apple has implemented in its operating system.

Another batch of screenshots showing widgets like iOS for applications such as Baidu, AutoNavi Map, QQ Music, Douyu, WPS Office have been leaked to the network. Users will also receive a set of ready-made solutions for standard applications: Notes, Gallery, Security, Clock and others. All widgets now have dark theme support. 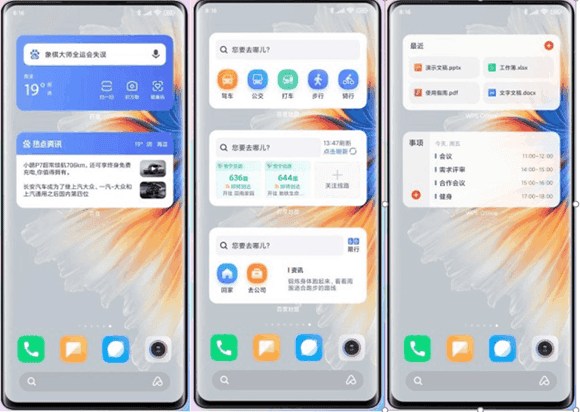 How soon the company will unveil MIUI 13, there is no exact information. One can only speculate that the announcement will take place at the end of the year; at the same time as the release of Xiaomi 12. It is expected that the update to the new version of the shell will be available for devices that have not turned more than two years from the date of release.

Google will release the stable version of Android 12 on October 4th. A number of smartphones; including Google Pixel devices, have been receiving test builds of the operating system for some time now. Previously, there were no Samsung devices among them; but recently, the South Korean company launched beta testing of One UI 4 based on Android 12; for owners of Galaxy S21, S21 + and S21 Ultra.

Registration for the beta program opened on September 14th, through Samsung Members. We should note that the number of places for participation in the testing program will be limited. In addition, it will only be available in South Korea, USA, UK, China, Germany and Poland, at least initially.

Next Xiaomi began to forcefully reduce the performance of smartphones