The hotly-anticipated OnePlus 9RT smartphone may have passed through Geekbench benchmarking website, hinting at an imminent launch. The Chinese smartphone brand is reportedly gearing up to unveil an affordable flagship phone dubbed the OnePlus 9 RT later this month. The phone is likely to hit the store shelves in limited regions including India and China. Last month, OnePlus confirmed that it will not launch the OnePlus 9T and the OnePlus 9T Pro smartphones.

According to OnePlus, its current lineup comprises flagships and budget offerings that are capable of meeting the needs of consumers in different regions. The OnePlus 9R made its debut alongside the OnePlus 9, and the OnePlus 9 Pro smartphones. While the 9T and 9T Pro aren’t likely to see the light of the day, It appears that the OnePlus 9RT is still on the cards. Now, the device has been spotted on Geekbench.

The OnePlus 9RT has been spotted on Geekbench carrying model number MT2110 ahead of its launch. The Chinese smartphone manufacturer could announce the 9RT before this year comes to an end. Despite the lack of an official confirmation, a myriad of details of the purported handset have surfaced on the web through a Geekbench listing. The device with model number MT2110 appears with 12GB of RAM on Geekbench. 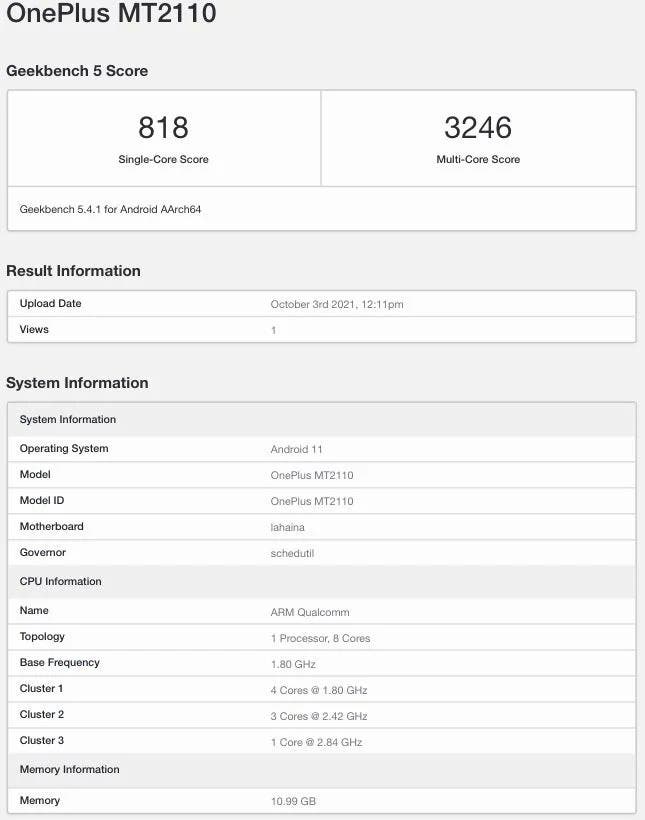 Furthermore, it packs a Qualcomm processor with the codename “Lahaina.” The octa-core processor’s clock speed is 2.84GHz. Moreover, the device packs an Adreno 660 GPU under the hood. In other words, a Snapdragon 888 SoC will be powering up the entire system. Earlier reports suggested that the phone will use a Snapdragon 870 SoC to ensure better thermal management. Aside from that, the Geekbench listing divulged other key details about the 9RT.

The OnePlus 9RT smartphone will come running Android 11 OS out of the box. The listing suggests that the software will have the Oxygen OS atop. This will probably boast an integrated ColorOS codebase. Earlier this year, a report from Android Central suggested that the OnePlus 9RT will run Oxygen OS 12, featuring some negligible upgrades. Furthermore, the Geekbench listing shows that the phone scored 818 in single-core and 3246 in multi-core tests. 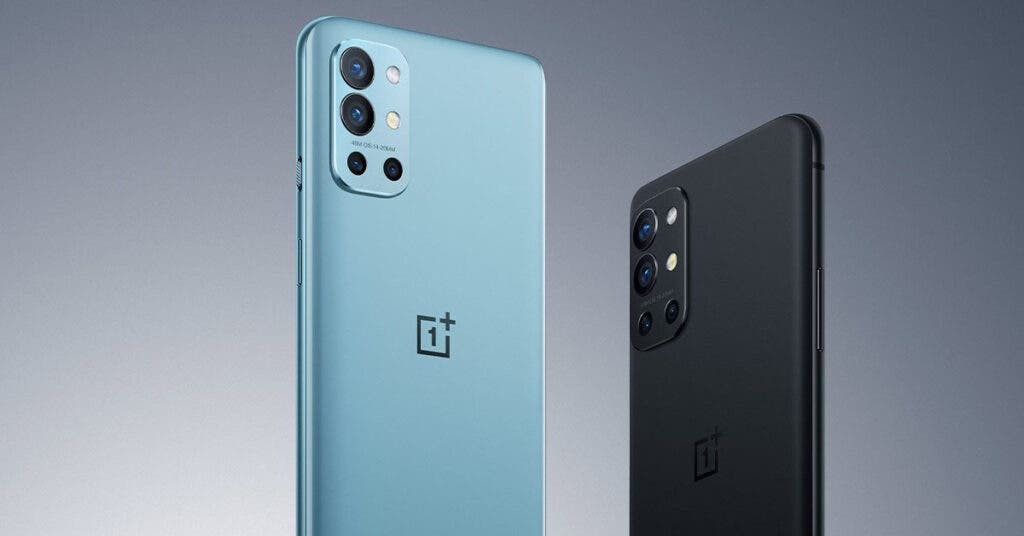 Other shreds of information about the smartphone have already surfaced online. The phone is likely to sport a 6.55-inch AMOLED display with an FHD+ resolution and a high refresh rate of 120Hz. Aside from that, the phone is tipped to house a 50MP triple rear camera setup. This includes a 16MP ultrawide camera, along with a 2MP tertiary sensor. Upfront, the phone features a 16MP selfie camera.

The phone could arrive in three storage configurations. You will be able to choose between 8GB RAM+128GB ROM, 8GB RAM+256GB ROM, and 12GB RAM+256GB ROM models. Furthermore, the phone will be drawing its juices from a 4500mAh battery with support for 65W fast charging. It is worth mentioning here that OnePlus has neither confirmed nor denied these speculations.