Today, Huawei Central reported that the Huawei MateBook 14s had landed in the UK and German markets. It is currently available for pre-sale in the two countries. You can choose any from two color options: spruce green and space gray. Both are looking stylish and modern. Also, the laptops come pre-installed with Huawei’s mobile application engine.

Of course, when purchasing this laptop in the UK and German markets, you will get free gifts – a 23.8-inch Huawei monitor and other gifts.

As for the laptop’s debut, it was released in China on September 13. This notebook uses a touchscreen and comes with Huawei mobile applications. These are the two main features it can boast of. But if the latter is a common thing, the latter should be unfamiliar to many users. It integrates the PC application ecology and the mobile application ecology. In other words, no matter what kind of Huawei device you are using. Due to the integrated ecology, users will get more convenient performance. Other than that, the MateBook 14s has an upgraded shark fin cooling system. 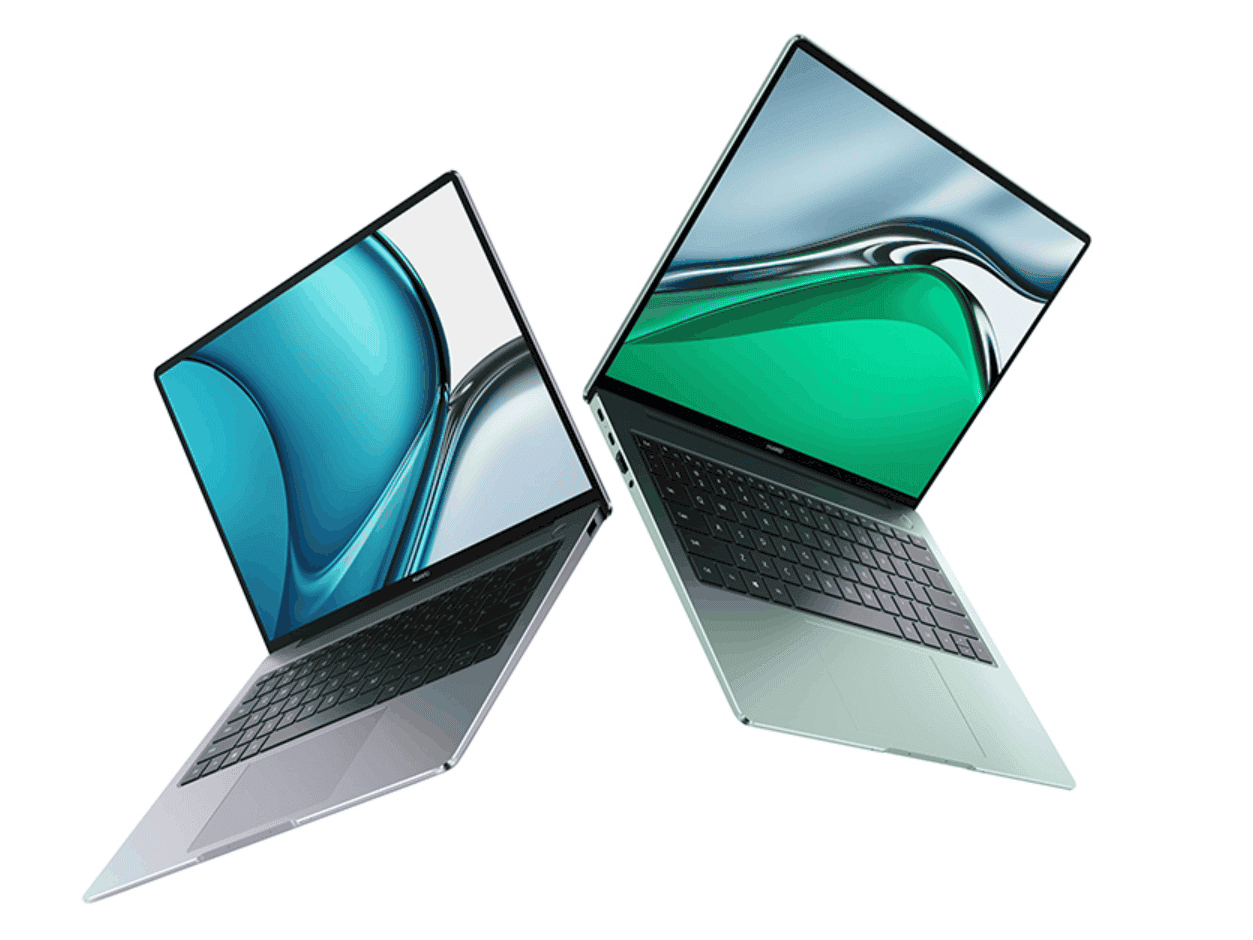 As for the rest of the features, our protagonist sports a display, which has a 2520×1680 resolution. The screen of this laptop also supports a 90Hz refresh rate, 1.07 billion colors, 10-point touch, and hardware-level low blue light. Furthermore, has a switchable screen rate of 90 Hz and 60 Hz to let you adjust the screen rate corresponding to a game or video. Besides, it passed TUV Rheinland certification and supports a special smart brightness mode. There is a laser welding fixed pole camera under the narrow frame, which supports face unlock.

Inside, the laptop hostս up to the 11th generation Core i7 processor as well as Intel Iris X graphics. The laptop can output 45 watts in high-performance mode. The air intake is increased by 25%. Its 60Whr battery is capable of providing 13 hours of working time. But you should also know that 15 minutes of charging will provide users with 3 hours of work. Generally, it supports 90W of Huawei Super Fast Charging.