In a bid to extend its GT Neo2 series, the company will be launching a new model dubbed the GT Neo2T. The device has passed the TENAA certifications website, giving us a glimpse of its key specifications. The company has already confirmed that the phone will launch on October 19 at 2 PM (local time) in China. Now, the first poster has been revealed, giving us a good look at a new color model of the Realme GT Neo2T.

The Realme GT Neo 2T Glaze White features an eye-catching white finish. It is the first color variant of the smartphone. The camera module is slightly protruding and houses a 64MP triple camera setup at the back. Also, the rear-mounted camera module features an elongated LED flash unit. The rear panel of the smartphone has a noticeable curvature that extends towards the left and right edges. 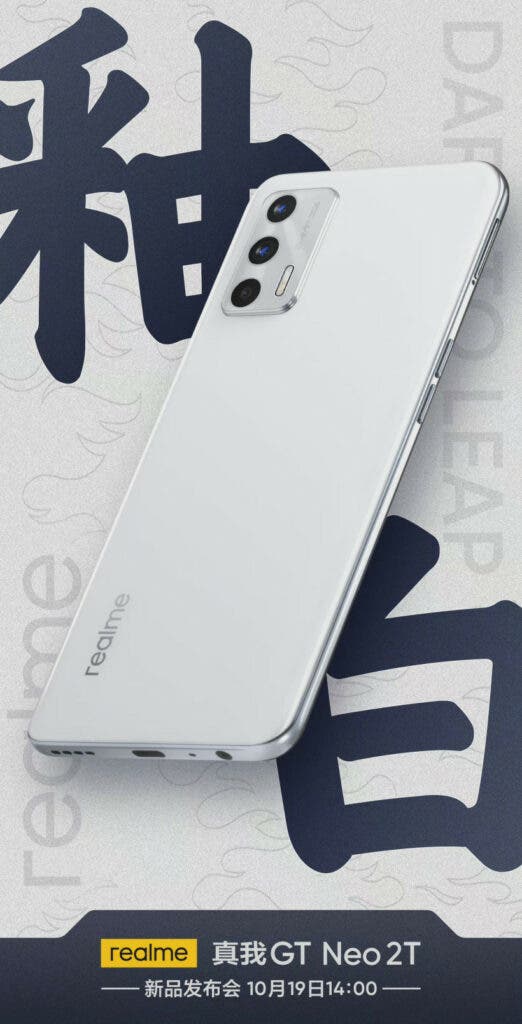 There’s a 3.5mm headphone jack, an external speaker, a USB-C port, and a microphone at the bottom. The right edge houses a volume button and a SIM slot. The Realme GT Neo2T Glaze White model features seven levels of nano-level optical coating, coupled with specular diffuse reflection texture that makes the fuselage appear clearer. More color options including a pure black variant will be announced soon, according to a report from Smzdm.

The Realme GT Neo2T is likely to sport a 6.43-inch AMOLED display that delivers an FHD+ resolution. The phone’s fingerprint scanner has been integrated into the screen. Moreover, the display punch-hole cutout houses the 16MP front shooter. The rear-mounted camera setup features an 8MP ultrawide lens, a 2MP macro camera, and a 64MP main camera. 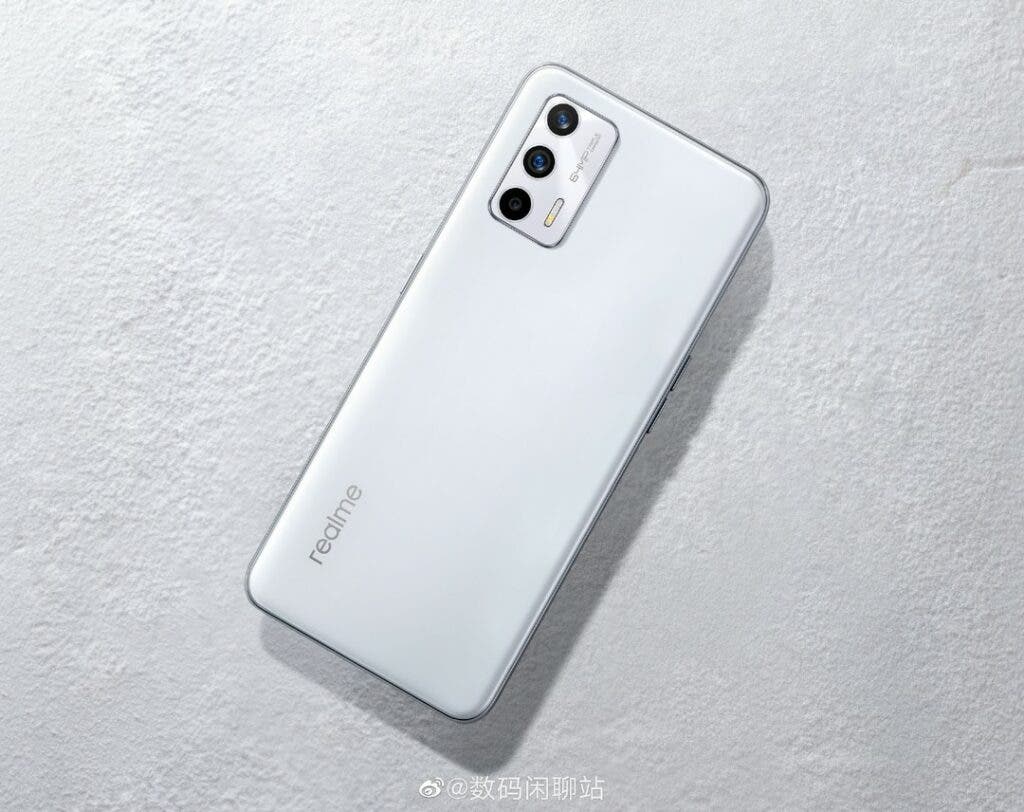 Under the hood, the phone could pack a Dimensity 1200 chipset. Furthermore, it is likely to ship with 8GB or 12GB of RAM. The phone will probably run the Android 11 operating system based on Realme UI 3.0. Aside from that, it could come in 128GB and 256GB of onboard storage options in China.

Realme is also gearing up to launch a new smartphone under its Q-series this month. The device will carry the Realme Q3s moniker and pack a Snapdragon 778G under the hood. Other notable features include a 5,000mAh battery and a 144Hz LCD panel. It is still unclear whether the phone will make its debut alongside the GT Neo2T tomorrow.

Previous iPhone 13 series have yet another bug - will this ever end?