iQOO Z5x smartphone’s launch date has been confirmed, alongside a slew of other details and a glimpse of the phone’s awe-inspiring design. iQOO is gearing up to unveil the latest entrant in its well-received Z-series smartphones. Taking to its official Weibo account today, the popular Chinese smartphone brand announced the launch timeframe of the iQOO Z5x smartphone.

The Z5x has been floating around the rumor mill for quite some time now. Aside from that, the handset has been subject to several leaks. Moreover, the iQOO Z5x has passed through multiple certification websites including China’s 3C website. Earlier this month, the phone made its appearance on Geekbench benchmarking website with key specifications. As if that weren’t enough, the iQOO Z5x was recently on the Google Play Console.

The launch poster shared by iQOO on its official Weibo account confirms that the phone will launch on October 20. Aside from that, the poster gives a clearer view of the phone’s highly appealing design. The iQOO Z5x is seen in an orange hue. Furthermore, the rear panel seems to house a 50MP dual-camera setup. Last week, the phone arrived on TENAA carrying model number V2131A. The phone’s TENAA listing and other appearances online have shed light on its specifications. 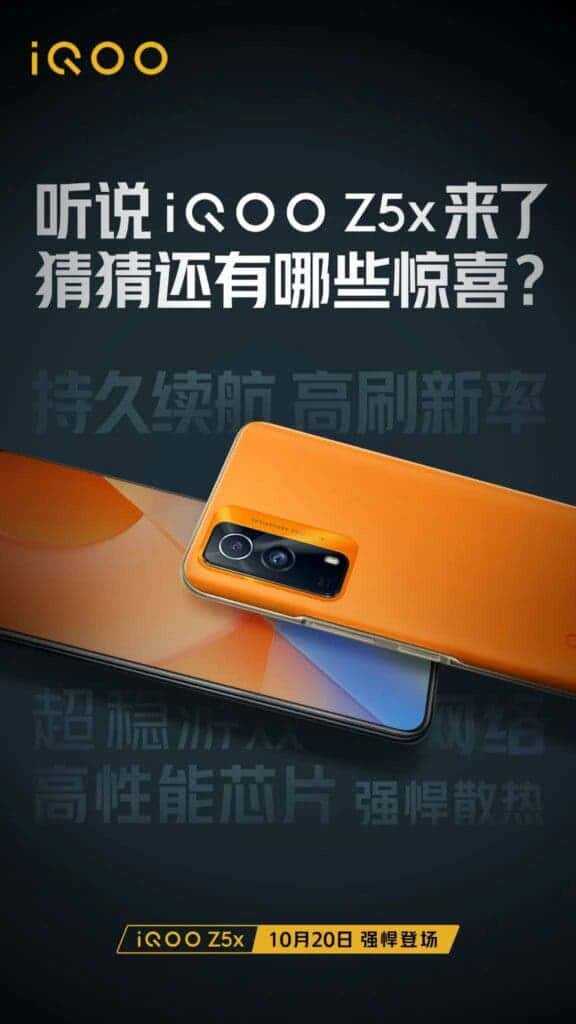 The iQOO Z5x will come with a 6.58-inch TFT display if the TENAA listing is anything to go by. Furthermore, it will pack a Dimensity 900 5G SoC under the hood. The Z5x is likely to ship with up to 6GB of RAM and offer 128GB of onboard storage capacity. Aside from that, iQOO could launch a higher-end model that offers 8GB of RAM and 256GB of built-in storage. In the software department, the phone is likely to run Origin OS-based Android 11 out of the box. 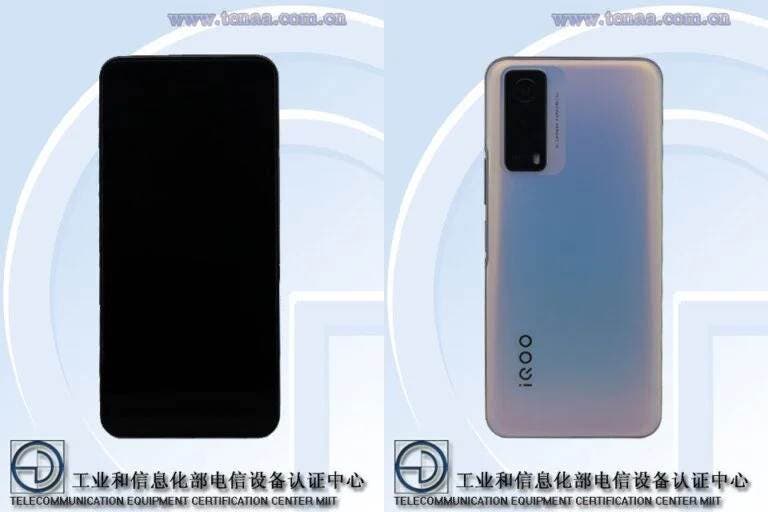 On the photography front, iQOO Z5x will reportedly house a dual-camera setup at the back. The rear-mounted camera module could include a 50MP main camera and a 2MP depth sensor. Upfront, the phone could feature an 8MP shooter for selfies and video calling. The phone’s dimensions are 163.95×75.30×8.5 mm and weigh in just 169 grams, according to the TENAA listing. You can pre-order the iQOO Z5x via the company’s official website.

The online shop’s landing page suggests that the iQOO Z5x will come with a 5,000mAh battery. Furthermore, it shows the phone’s design in full glory via some images. The iQoo Z5x will be available in two color options including Orange and Black. The right spine houses a volume rocker along with a power button. There is a 3.5mm headphone jack, a USB Type-C port, and a speaker grille at the bottom. With the phone’s launch just around the corner, more details of the Z5x will be revealed in the next few days.