The smartphone market is quite complex but interesting and users preference seems to change rapidly. A few years ago, 64GB of internal storage was just enough for any smartphone. However, as of today, 64GB is not even enough for the lowest model in a flagship series. Similarly, a 5MP shooter was the norm some years ago. We can not say the same about the flagship smartphones of 2021. Yesterday, considering users’ preferences after a survey, AnTuTu announced the user preference list for the third quarter of 2021. According to AnTuTu, it conducted multiple-dimensional statistics. The statistics consider the display, processor, internal storage, RAM, etc. Here are the preferences of users with respect to the different aspects of the smartphone.

A few years ago, 5-inch displays were the standard for many smartphone manufacturers. Over the past few years, the smartphone industry has evolved so fast that even 6-inch is not enough for most smartphone users. From the survey pie chart, we can see that most users prefer the 6.6-inch display and this accounts for 32.4%. The closest to this size is the 6.7-inch display which accounts for 20%. This means that the two screen sizes (6.6 inches and 6.7 inches) collectively account for more than half of users’ preferences. 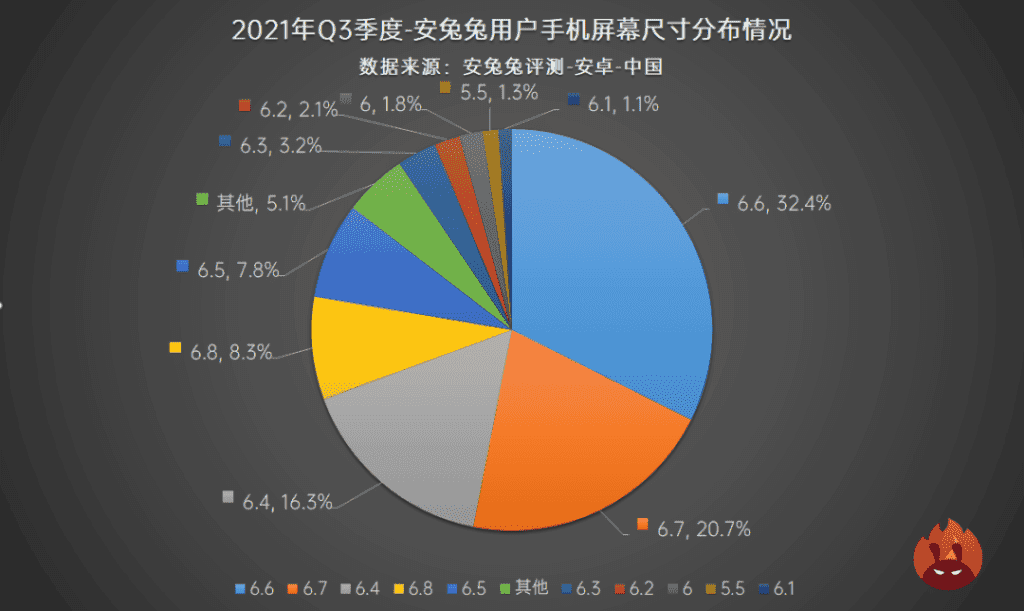 These screen sizes are actually the common size used by mainstream models in the market today. This survey also conspicuously shows users’ detest for small-screen smartphones. Smartphone screen sizes between 5.5 inches and 6 inches account for only 3.1%. Small screen smartphones have a very small market presently and this is why companies like Apple are cutting off the smaller display model from its series. 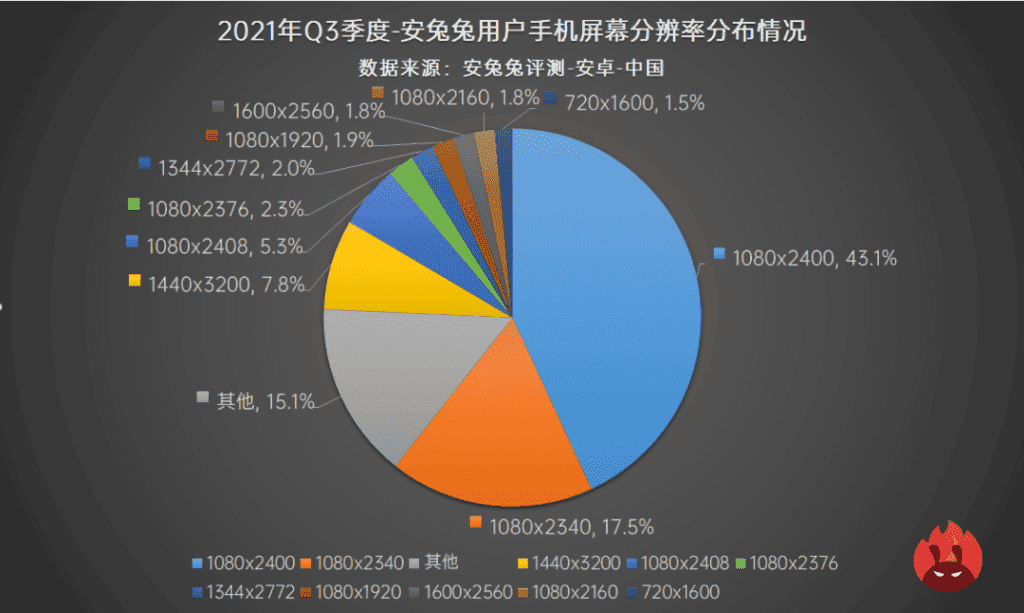 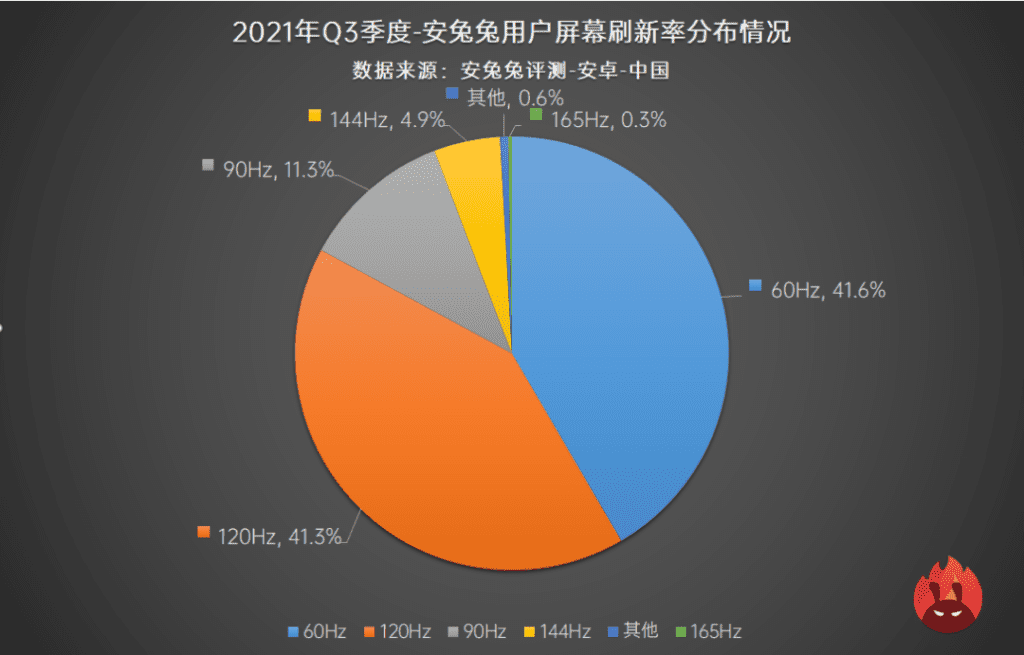 Processor Brand: MediaTek is the world’s first but not users choice

MediaTek’s share has surpassed Qualcomm and is already the world’s largest supplier of smartphone chips. However, MediaTek’s advantage comes mainly from the mid-range segment. In the flagship end, Qualcomm is clearly ahead. However, the user preference chart by AnTuTu shows that Qualcomm ranks first with a share of 61.8%. It is followed by MediaTek with only 19.1%. Why does Qualcomm’s share of Antutu users far exceed that of MediaTek? The main reason should be that many MediaTek mobile phone users do not check their performance capacity on AnTuTu. Of course, the reason for this is obvious. 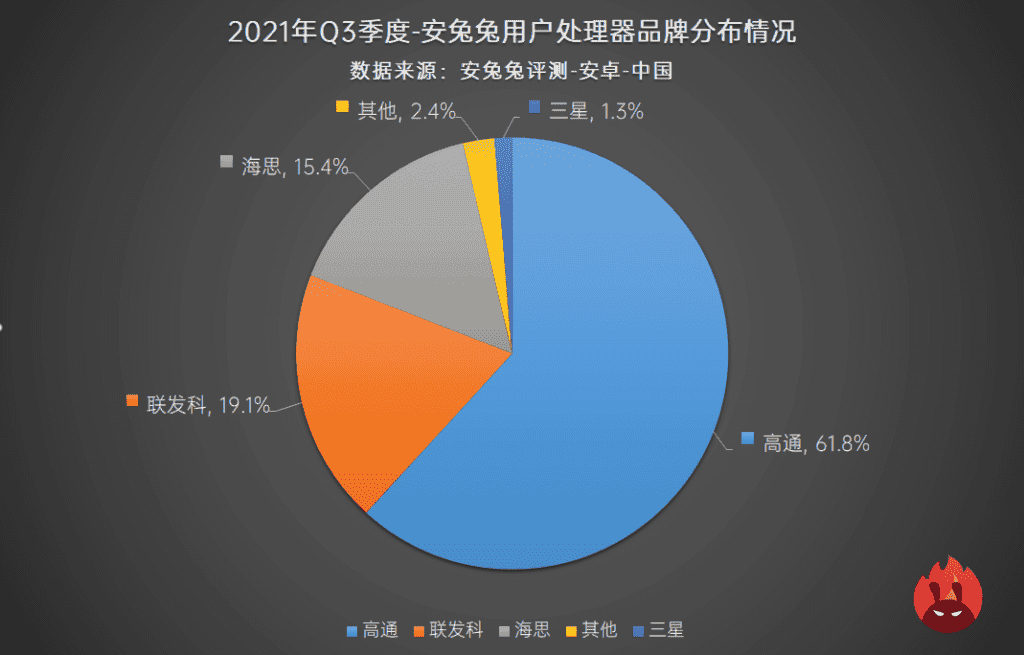 The data shows that the proportion of eight-core processors is 99.1%, which includes Qualcomm, MediaTek, HiSilicon, and other brands. However, ten-core and quad-core chips are spares for some users. They are not completely absent from the user’s preference list. 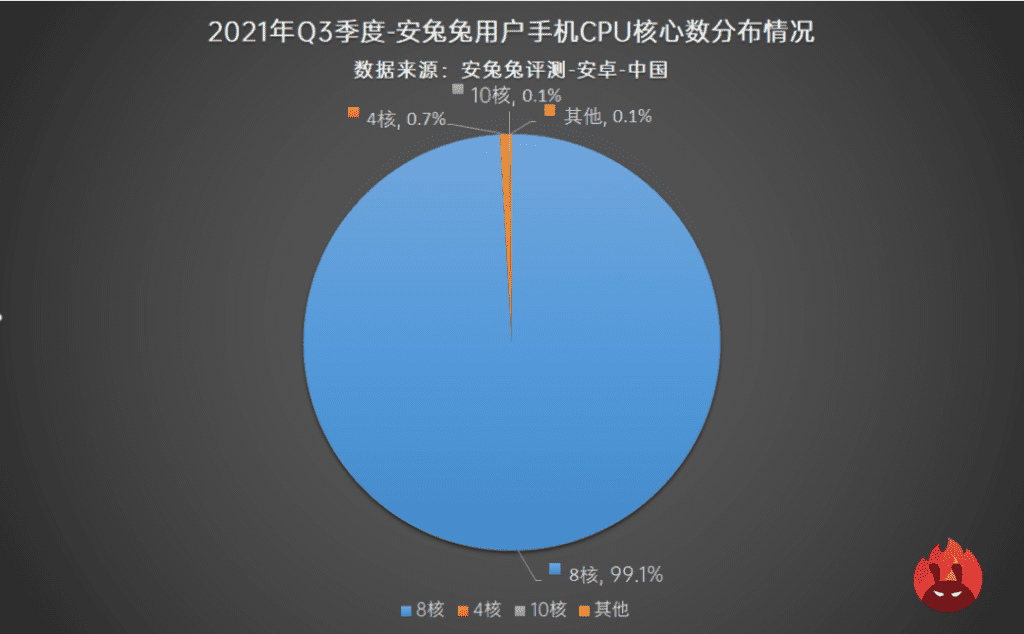 The RAM capacity is a big deal in today’s market because it determines how well your smartphone runs. Of course, with proper software optimizations, lower RAM capacity could just be enough. However, AnTuTu’s chart shows that anything below 8GB seems to be falling out of users’ choice. 8GB and 12GB collectively account for 76.4%. While 8GB accounts for 49.8% which is by far the most preferred, 12GB accounts for 26.6%. The former standard, 6GB, is becoming but not completely obsolete. Of course, mid-range and entry-level smartphones still find 6GB of RAM interesting. 6GB and 4GB of RAM collectively account for 21.9%. While 6GB of RAM claims 16.6%, 4GB of RAM has to make do with only 5.3%. Users are now paying more attention to the advantages of RAM because more applications now run in the background. 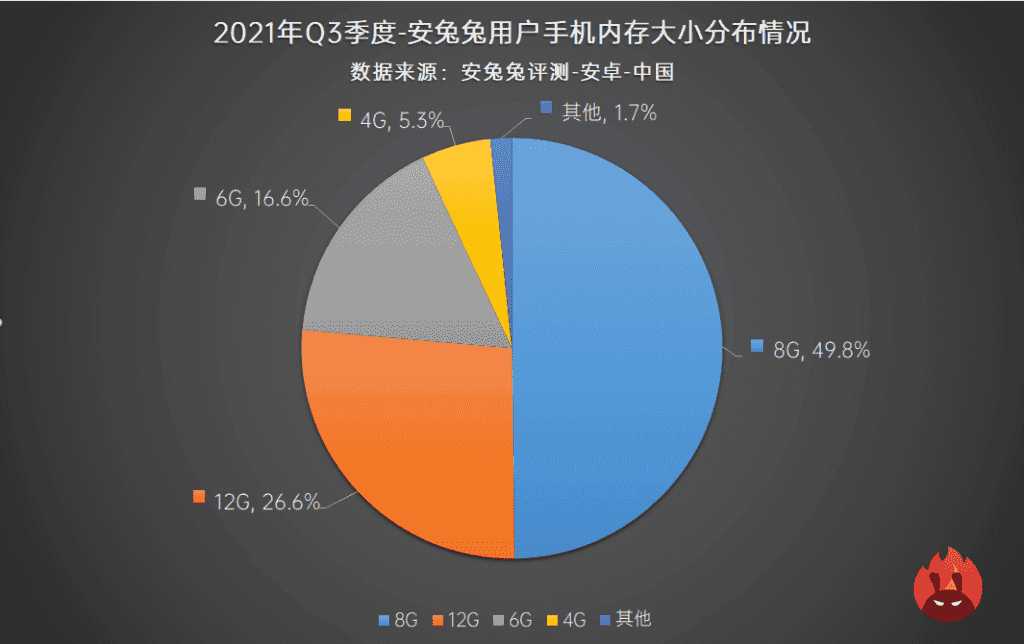 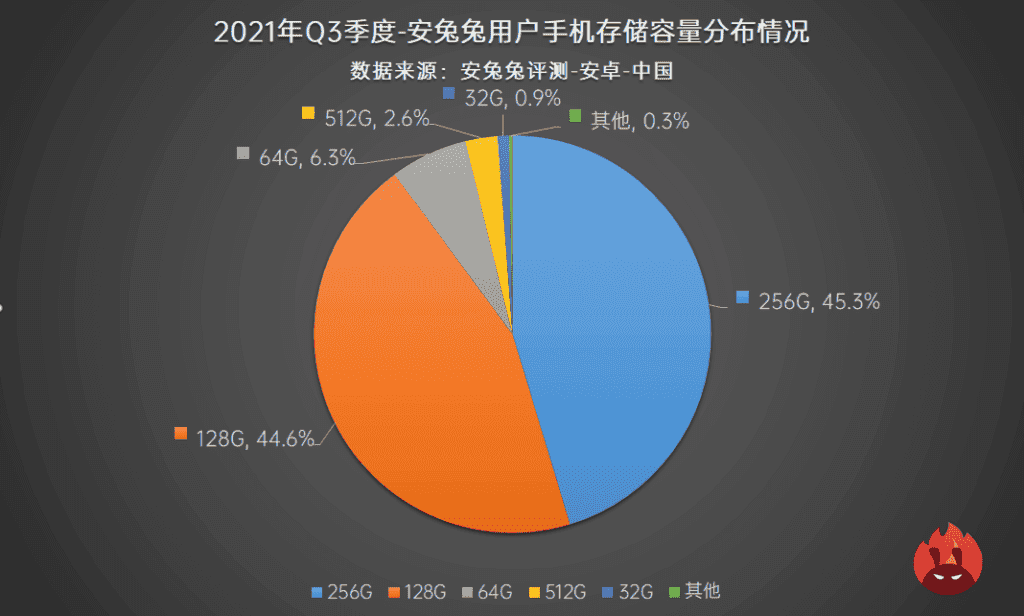 Whenever the major version of Android is updated, the first-tier manufacturers will soon launch a public beta version based on the new system. Especially in the past two years, there have been more manufacturers joining the early adopter’s list. However, the distribution chart shows that Android 11’s share is 67.9%, which is not much growth compared to the previous quarter, and nearly 30% is still occupied by lower systems. 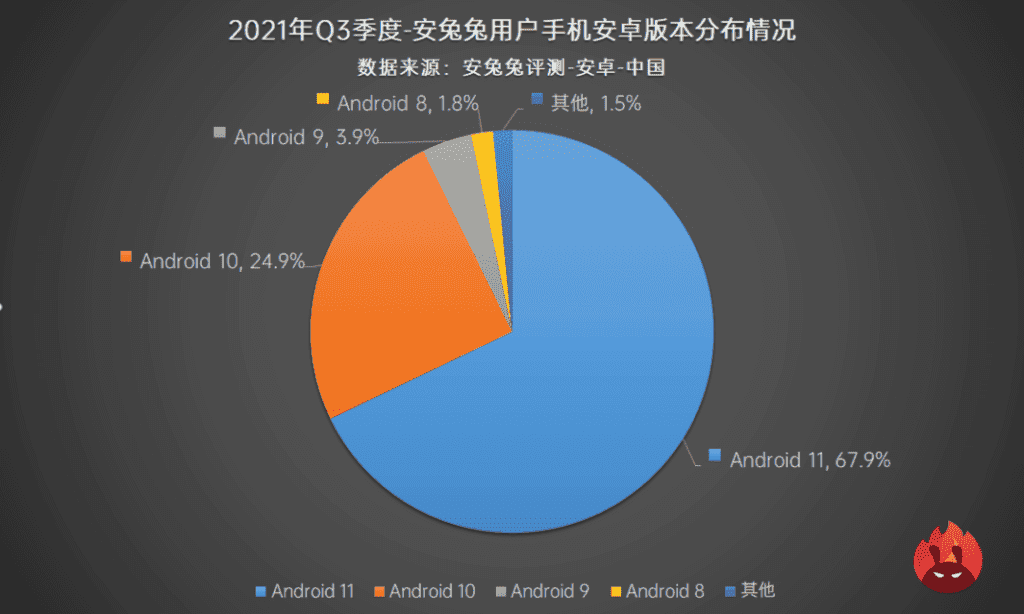 It is important to note that Android 12 is already official but its adoption rate appears to be slow. Although it has been improved, Android still has a long way to go to solve the fragmentation issues.

It appears that more Android users participated in this smartphone user preference than iOS users. Unfortunately, AnTuTu did not specify the number of participants or which platform they belong to. We can be sure that a survey of only iOS users will give a different result especially in terms of RAM. However, the screen parameters and storage will likely have similar results whether on the iOS or Android platforms.

Next HarmonyOS 2 now available for these 25 Huawei / Honor devices