As usual, this year’s Pixel smartphones have been leaking for several months prior to their release. The day has finally come and the new Pixel 6 and Pixel 6 Pro are official. The downside of this launch is that it’s not really appealing as we already knew nearly everything about the device as Google does not seem to care much for its devices leaking before the launch. The big news is that now we can fully test the smartphones and see how they will perform with this new proprietary SoC. Google adopted an “Apple way of unveiling” this year teasing features and specs of the Pixel 6 series without diving deep into the technical details. The company announced the pricing along with availability details. That said, let’s dive into what today’s event has revealed about the new Pixel 6 smartphones.

The Google Pixel 6 series come with the Tensor chip as one of its biggest novelties. The new proprietary chip is said to be up to 80 percent faster than the Pixel 5 Snapdragon 765G SoC. In fact, the new chip is a flagship chipset rather than a mid-range like the Snapdragon 765G was. Both smartphones come with the Google Titan M2 chipset that will take the lead in security tasks. 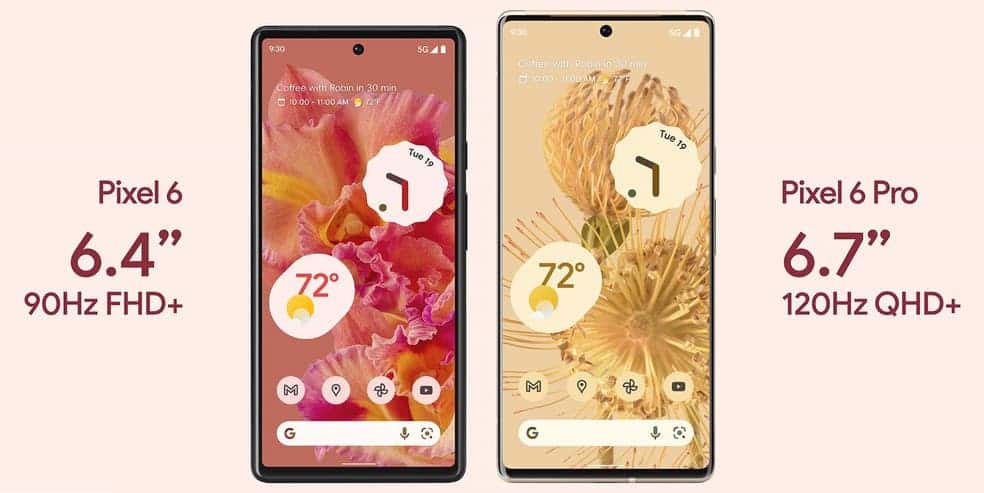 The Pixel 6 flaunts a 6.4-inch Full HD+ OLED display with a 90 Hz refresh rate, whereas the Pixel 6 Pro has a 6.7-inch LTPO OLED display with a variable refresh rate that ranges from 10 Hz to 120 Hz. The display on the Pro model is curved. Both models have a layer of Corning Gorilla Glass Victus. Both devices come with Android 12 straight out of the box and will be eligible for many future versions of Android. The devices are IP68 certified for water and dust resistance.

One of the Pixel 6 series highlights is, as usual in the camera department. Google also has been proud of the work done with Google Pixel Cameras through its Camera app algorithms. However, the company is bringing some actual hardware improvements this year. This probably will result in stellar pictures. The two smartphones share a 50 MP primary camera sensor that offers 150 percent more light than older Pixel smartphones. The secondary snapper is a 12 MP ultrawide sensor. 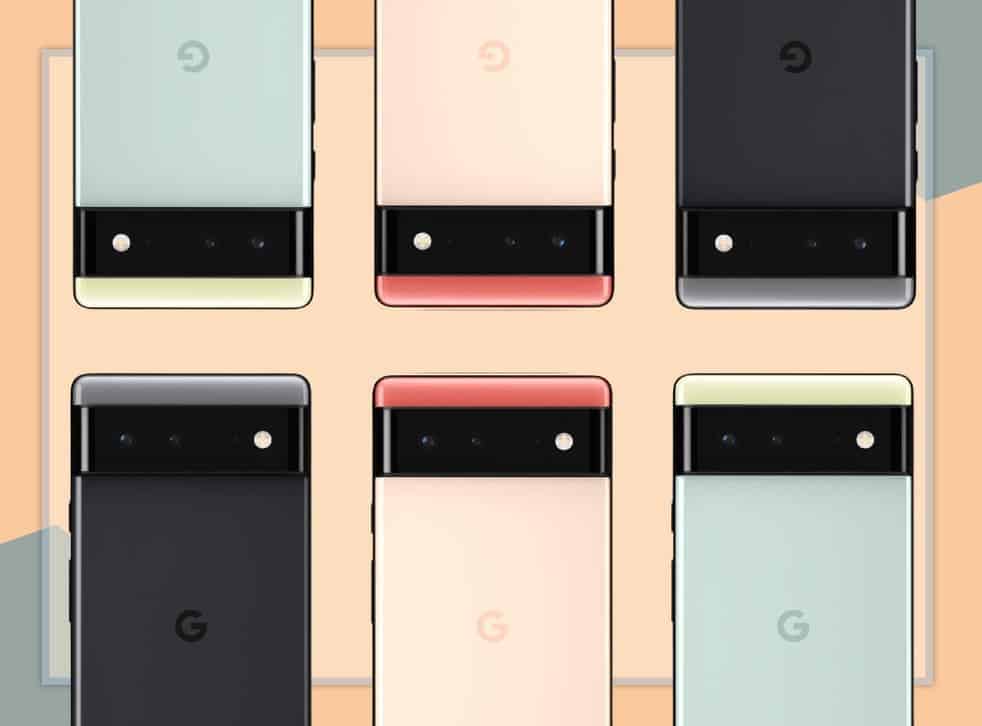 The Pro model has an exclusive 48 MP telephoto camera sensor with 4x optical zoom and 20x Super Res Zoom. The camera is capable of recording videos at 4K with 60fps. There are also some exclusive camera features like Magic Eraser, Motion Mode with Action Pan, and Long Exposure options. The company also worked on the selfie department and the vanilla device has an 8 MP front-facing snapper. The Pro model, on the other hand, has an 11.1 MP front camera. 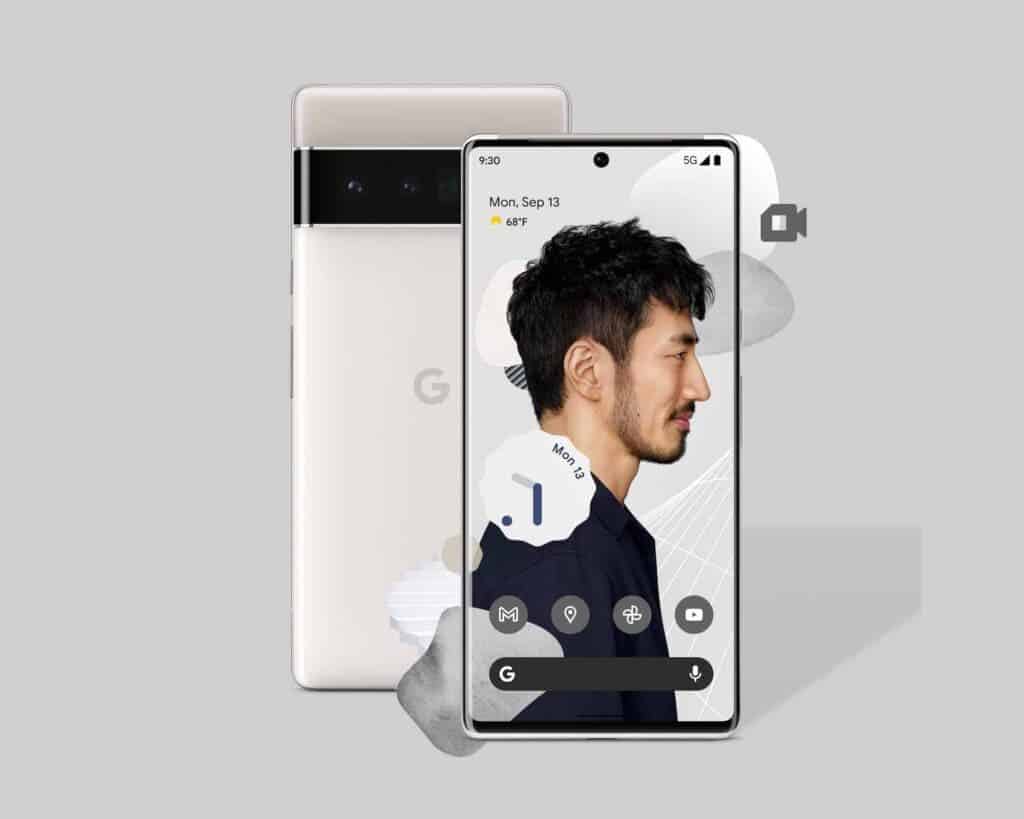 The battery capacity always has been a lackluster aspect in recent Google Pixel releases. The Pixel 6 series will address this once and for all with two capable and decently sized batteries. The Pixel 6 has a 4,600 mAh battery whereas the Pro model has a bigger 5,000 mAh battery. Both devices come with 30 W fast charging. Also, both devices have wireless charging support with 23W wireless charging for the Pro and 21 W for the vanilla.

The Pixel 6 launched at the event today in two configurations. The vanilla smartphone is available with 8 GB of RAM as a standard. The 128 GB variants costs around $599. Unfortunately, there aren’t pricing details for the 256 GB variant at the moment. The device comes in Kinda Coral, Sorta Seafoam, and Stormy Black colorways. 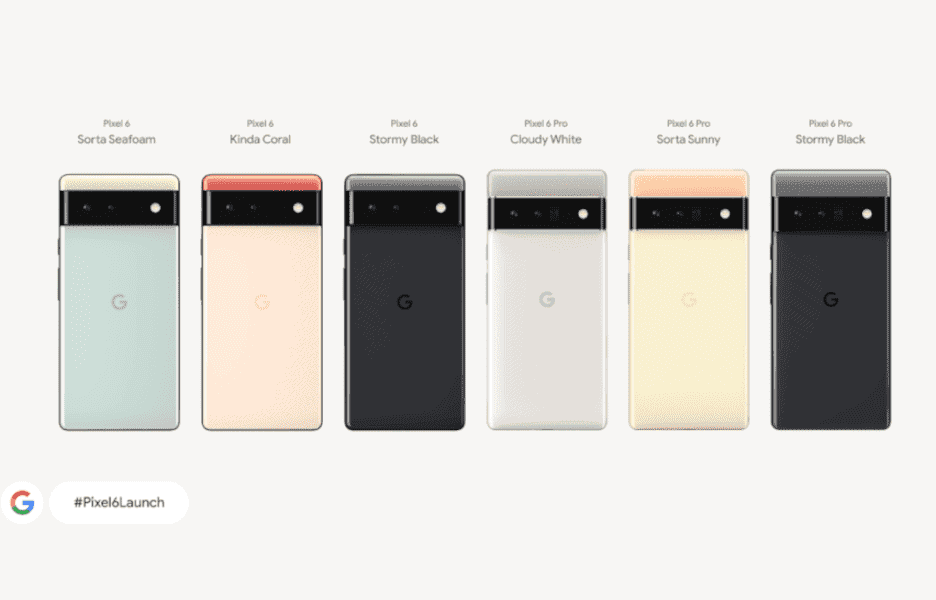 The Pixel 6 Pro comes in three storage configurations and has a whopping 12 GB of RAM as standard. This officially puts Google among the brands that are offering cutting-edge hardware and we are excited to see that finally happening. Android does not really need 12 GB of RAM (yet), but if the Pixel 6 Pro is a flagship it’s great to see it coming with cutting-edge specs. The device comes in three storage variants to fit distinct pockets. There is 128 GB, 256 GB, and 512 GB. The price is $898 and we know it’s not cheap, but also not costlier than other premium smartphones. The device is available in Cloudy White, Sorta Sunny, and Stormy Black colorways.

The new smartphones will go on sale starting on October 28. The initial list of markets getting it includes the US, UK, Japan, and a few select countries.