If a leaked photo that’s making the rounds online is anything to go by, Meta Platforms could be working on its first-ever smartwatch. During the recently concluded Connect 2021 event, Facebook officially changed its name to Meta. The company’s chief executive Mark Zuckerberg opened up about the company’s project In an interview with The Verge earlier this year. According to Zuckerberg, Meta will bring the company’s technologies and apps under a single company brand.

The company claims that Meta will leave no stone unturned in a bid to revitalize the metaverse. In other words, the company will focus on helping those who want to grow their businesses, discover new communities and connect with other people. Shortly after this announcement, fresh information about the company’s new product surfaced online. The first Meta branded smartwatch has somehow found its way onto the internet in the form of a leaked render.

The purported Meta Smartwatch will sport a round display and house a front-mounted camera, according to a Bloomberg report. The image of the wearable was originally spotted by app developer Steve Moser on one of the tech company’s iPhone apps. The screen and casing of the watch seem to be slightly curved towards the edges in the leaked photo. Furthermore, the front shooter is placed on the bottom of the screen. The right edge houses a control button. 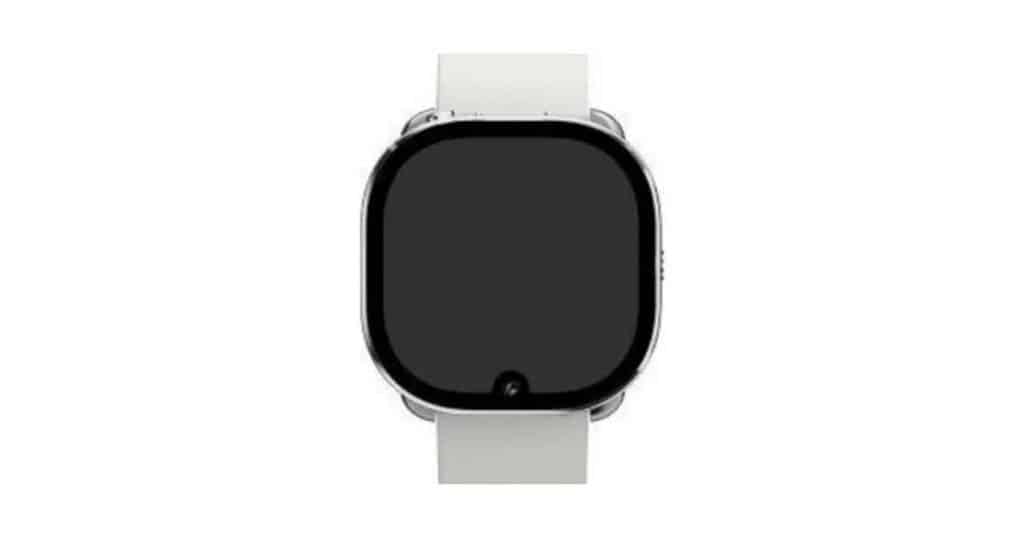 The watch seems to have a wrist strap that can be detached. The watch case seems to house a button at the top. Moreover, the presence of the front-mounted camera implies that the watch will support video conferencing. The rounded corners of the watch appear to have an unvarying bezel on all four sides. Aside from that, it sports a dew-drop notch that will house the front shooter. The button on the right side of the watch might come in handy for navigation.

What Else Is Tipped About The Meta Smartwatch?

The image was found on Meta’s app that controls Facebook’s first smart glasses dubbed, the Ray-Ban Stories. Furthermore, the report suggests that the watch’s strap will be interchangeable. As mentioned, the watch is also likely to support video calling since it houses a front camera. To recall, none of the rival products including the Apple Watch comes with a camera. As a result, the Meta Smartwatch will stand out from the competition in the smartwatch space.

If previously surfaced reports are anything to go by, the Meta Smartwatch will see the light of the day in 2022. Aside from that, earlier leaks suggest that the company is currently working on a wearable with a dual-camera setup. In fact, some reports even claim that the company is gearing up to unveil three generations of smartwatches. Meta has reportedly collaborated with leading US wireless carriers to offer seamless LTE connectivity support. Consumers will be able to choose between gold, black and white color options. The watch could retail for around $400.