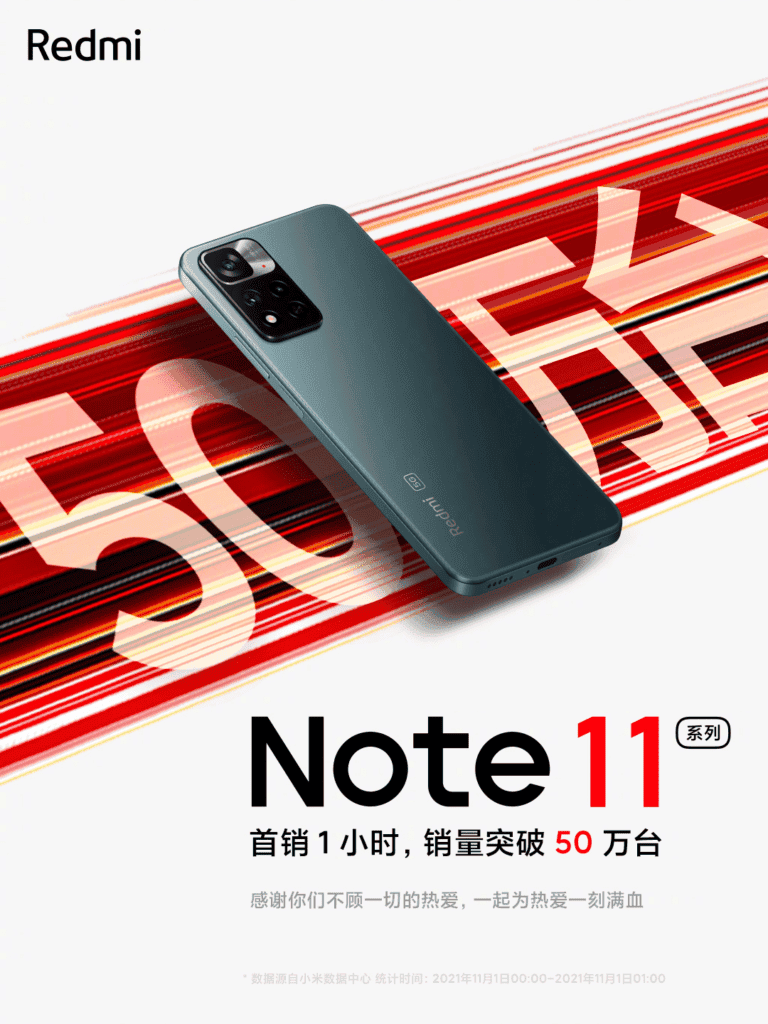 The Redmi Note 11 series hit the road on October 28th. This series comes with the MediaTek Dimensity 920 5G processor. However, the regular model, Note 11, uses a Dimensity 810 chip. This device also uses Samsung’s 120Hz high refresh screen and a high 120W fast charging for the Pro+ model. According to Xiaomi, this charging power delivers a full charge in only 15 minutes.

In terms of ID design, the Redmi Note 11 series adopts a trendy small vertical edge design, with sharp, straight-up, and straight-down lines. The outline of the body is “square-ish, sharp and appears strong. With the support of AG frosted glass, the smartphone has a premium feel. The texture is excellent and it does not attract fingerprints. The 8.34mm thin and light body further enhances the grip of the mobile phone.

The Redmi Note 11 series is the first smartphone series to use the Dimensity 920 processor. This chip uses TSMC’s 6nm process and has Cortex A78 dual cores. This provides an excellent balance of performance and power consumption.

Furthermore, this series comes with a 108MP main camera (Pro series model) and also retains the “extremely advanced” 3.5mm headphone jack. In addition, it also has JBL symmetrical stereo speakers (Pro series only) and supports Hi-Res high-resolution. Other features in this series include NFC, infrared, X-axis linear motor, and Wi-Fi 6.

The official data from Xiaomi also show that as of November 1st, within one hour, the total payment amount for this series exceeds 4 billion yuan ($625 million). According to Redmi’s general manager, 120,000 users participated in the “blind sales”. This means that these users purchased these smartphones without knowing their specs or price. Lu Weibing promises to keep the trust of Xiaomi fans. This series is as popular as other Note series smartphones in the past. It is a good mid-range choice for this year.